Sry if this has been posted I did not see it .

Cops in Arlington Texas raided a local farm commune for drugs, handcuffing residents and damaging property and the crops

Problem is it was all tomato plant not pot plants.

Ok there is a big difference between a tomato plant and a pot plant, and the cops should face serious repercussions for not doing their due diligence .

What happened to getting facts? It would have been real easy to avoid this mistake..

So they should be held accountable.


Police in Arlington, Texas are being criticized for their tactics during a drug raid on a local farm that came up empty while allegedly damaging both the property and the crops.


See, if this farmer used GMO seeds, the helicopter could have seen the green hue radiating from the plants....

On a serious note, police can apparently do what they want, when they want without any evidence needed......Too many times we see police abusing their "power" given to them by someone.....These cops need fired or locked up....At least pay this farmer for negligence and damage to personal property...

posted on Aug, 15 2013 @ 02:32 PM
link
So I guess it's true, they are only hiring cops with IQ's less than 80. What a crock. I bet they feel so cool when they get to dress up like army men and go around with their gangs, tormenting and harassing people. They are landscapers with assault rifles and body armor. What a life.


To be honest, from a distance a tomato plant could look like a cannabis/hemp plant. 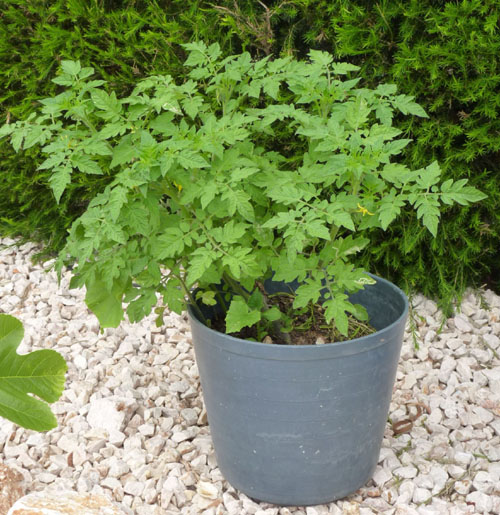 I won't put up pictures of cannabis plants for obvious reasons but when you view a plant from a distance your mind will fill the blanks. Then you have people who are clueless about plants... like these prison guards were:

Use ← → keys to A prisoner in Dorset is thought to have disguised a four-foot-tall cannabis bush as a tomato plant for months – even putting Christmas tree decorations on it.
The convicted drug dealer grew the alleged class B pot plant at Verne Prison in Portland, Dorset, before staff eventually became suspicious and sent it off for testing last week, the Dorset Echo reported.

This is not the first time I have heard about people disguising cannabis plants as tomato plants, apparently cherry tomatoes are the best to be disguised as. Small and bushy as it's harder to establish foliage shape,size etc from a distance.

Although, all that being said. These cops should have hung their head in shame and apologized for the inconvenience of others having to suffer their stupidity and gullibility. God they are getting worse by the day worldwide it seems.

Just my 2 pence on the matter, take it or leave it.

Yeah man it works doesn't it?

If I can find a decent camera I'll take some pictures of one of my cherry tomato bushes and upload it here, from a distance it could be mistaken for a member of the Indica family.

Originally posted by goou111
reply to post by RAY1990


Totally agree, although many people are fooled easily. Here in the UK drug squads are usually trained in what they are looking for. Not sure about the US, either way this is a massive blunder.

P.S.
Try squinting and looking at that picture from at least five foot away. Or even better ask someone else to do it and then identify the plant, unless everyone you know has seen cannabis I can guarantee at least 1 in 10 will say cannabis.

I have my mother's hibiscus. The thing is 7' tall. It terrifies me until it blooms. Not because it's a man-eater, but because I know most cops aren't master gardeners.

To me, the whole SWAT/helicopter, put them in handcuffs as soon as you get there - that was overkill anyway.

Here's a picture of one:

posted on Aug, 15 2013 @ 03:32 PM
link
Every time I see a different news outlet report on this story, there is less and less substance. When I started following this story about a week ago, the fascist mockery of a police force made them mow the grass and uproot all of their berry bushes.

It is an attack on Passive Self Reliant Communities who want nothing to do with the devils' helping hand..

That part of Texas has an abundance of REAL criminals that would make those cops crap their Kevlar. So instead of addressing the real problem, they waste thousands and thousands of tax dollars intimidating pacifists.

Hopefully a home invasion from a true criminal will befall some of these worthless cops' families.

posted on Aug, 15 2013 @ 04:06 PM
link
Let me see if I can jog any readers memories with this bit of information. About a decade ago I used to see helicopters carrying what appeared to be large buckets. I thought this was for firefighting purposes later I found out these were IR cameras.

"From the air the infrared signature of Marijuana and Tomatoes is similar."


This would cover the confusion from the police over plant identification.


I'm not sure how entirely accurate this statement is but would explain why so many North American farmers were able to grow supplementary financial crops and remain undiscovered.

someones been a bad dog

posted on Aug, 15 2013 @ 05:35 PM
link
Everyone knows you hang plastic tomatoes on your pot plants to disguise them. Was that from a cheech and chong movie?

posted on Aug, 15 2013 @ 05:38 PM
link
It is about time we read of the DEA or local authorities raiding and shutting down a sizable meth lab or a coke or heroin processing facility. They seem to target medical marijuana clinics or pacifist hippie communes for their shock and awe treatment. Is that because pacifists or business people that are complying with their state laws are less likely to put up resistance or turn violent on them? The Drug War seems almost singular in their target, and the focus is not on the truly dangerous substances with the truly dangerous people behind them. Some police work!

posted on Aug, 15 2013 @ 05:53 PM
link
JUST FREAKIN' WWWOOOWWWW..............Ok, I can see if it looked like that in the air???? BUT, is there not a thing of "Innocent until proven guilty"? Why did they not just go in and say...." We seen something that looked suspicious in the air, we need to come in and check some things out..." And not trash the place. I mean, come on.... AND....aren't most of the people involved in these types of "Raids" Educated on how to distinguish the difference between a tomato plant and a plant of "that" nature??? Maybe I over thought this. However, most cops I know can tell the difference.

ETA: is it legal in Texas? I don't know. And if it were, It would be more than just freakin WOOWWW
edit on 15-8-2013 by thepolish1 because: (no reason given)

posted on Aug, 15 2013 @ 05:57 PM
link
Considering the two actually look nothing a like other than they are both plants and green. Surely they teach them how to ID potential drugs right? If I were to do my job wrong, or badly I'd be fired.


Bad cop, no donut? Hell take the whole box and go read up so you don't commit further buffoonery.
edit on 15-8-2013 by Lysergic because: lol i said planets instead of plants

Then they would have known that it was not pot.

posted on Aug, 15 2013 @ 07:51 PM
link
It just comes down to the fact that cops really arent that smart. They're recruited via sub-intelligent IQ level tests.. This has been proven. And most would rape their mothers live on CNN if they thought it could earn them Brownie points with their superiors.. Sub-intelligent filth and the largest menace to our society today.

posted on Aug, 15 2013 @ 08:45 PM
link
I grew up around cops that harassed the crap out of me and the friends I grew up with, and so they were always viewed as the enemy.

Seems not much has changed. I still see cops as pathetic narcissistic psychopaths on a power trip, yup, still the enemy

and god also said he made all the laws for man to make no more .

i will be trying this out in a court very soon