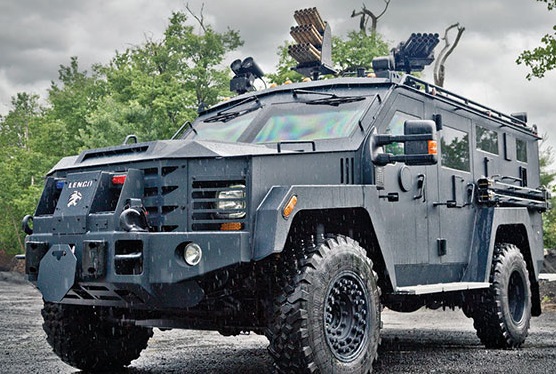 He blasts them at the council meeting, saying "We don't need it", and that the police have equivalent or in some cases, even more gear than he had on a tour of duty in Iraq. He says they are doing this because the government is afraid of its citizens.

This post is preaching to the choir around ATS, but hey... Just had to try out this new forum, and I thought this might be a good video for it.

And be forewarned... Better have your hand on the volume button at the end.

NihilistSanta
+5 more
posted on Aug, 15 2013 @ 01:53 AM
link
This is what happens when the media and politicians collude to create a criminal class of poor to terrorize the middle and upper classes into giving up all freedoms in the name of safety and creating a police force to enforce these policies. Do people really think all of the violent sensationalist news and TV/movies are about ratings and money? That's just an added bonus for TPTB. They want you to fear each other so badly that you will be willing to pay for the police to have the excessive amounts of force they currently possess.
edit on 15-8-2013 by NihilistSanta because: (no reason given)

**Added - Every time I see something like this I am reminded of the scenes in George Lucas's THX-138 where the people are building the robots that oppress them.
edit on 15-8-2013 by NihilistSanta because: (no reason given)

S&F to you for bringing this to light i have seen one like it in my town , from an other city WVC UT why in gods name would they need that , oh yea to bust drug lords form Mexico.... keep us in the US safe, under armed control ... Protect the law... Bring about a standing army wearing badges, the link here says it is so, www.informationliberation.com...
the actions of the police say it so....
if it looks like a duck
quacks like a duck
swims like a duck .

posted on Aug, 15 2013 @ 02:00 AM
link
reply to post by applesthateatpeople
now why did you have to go and give them LEO's ideas on things to buy then use on us civies? they have drone's now they will seeking to arm them now... way to go.
end sarcasm

Hummers with duel M60's will be the next one, seen with the letters SWAT on the side.


No fighters to bomb crack houses... they have drones to do that instead and save a little money... but I dont think our government would want to take out the crack houses as they make a ton of money off of it.... I would hazard a guess at who invented "crack" in the first place. I would bet millions that it was cooked up by our own government right here in the the good ol' USA..... Bastards

You can never have enough safety from the people who are "out to get you".

Can anyone honestly tell me that any local police department would turn down a free fighter jet from the military/government for use in domestic counter terrorism or just to launch an attack of a local meth lab?

Enough is NEVER enough when you are properly paranoid.

I PROMISE YOU, You aint seen NOTHIN' yet.

This tank isn't even close to being enough to keep them safe.
They're going to need the ability to nuke individual houses. It's the only way to "keep the children safe".

God damn there are some paranoid people out there.
Every damn minute of every damn day is spent trying to figure out how to keep themselves safe.

posted on Aug, 15 2013 @ 02:11 AM
link
reply to post by kdyam
no it was Hitler , and bombing one with a drone???? no more money can be made decontaminating it after it is seized by the state then resold by a bank.

posted on Aug, 15 2013 @ 02:15 AM
link
Do they assume it's a good testing ground?
From earlier about Concord, NH:
Town PD cites existance of libertarians as justification for armored vehicle - www.abovetopsecret.com... i.e. Free State Project

Guess they are afraid of the NW this time. Though, probably shouldn't speak so soon. Wouldn't put it past 'em to start out this way again.

He is right that is more armor than I had during 2 tours.

posted on Aug, 15 2013 @ 02:19 AM
link
reply to post by GeneralChaos
as you said "God damn there are some paranoid people out there." and they have badges and guns, back supplied by the Gov in the name of National Security. Yea i could see old sheriff
Joe of AZ flying a F35 one day soon, via DHS

posted on Aug, 15 2013 @ 02:48 AM
link
I see the BEARCAT on cop shows all the time. It makes sense in places like Chicago or Detroit where the drug dealers are armed to the teeth. They can use it, with an extension, to plow an opening into a building, or hide behind it if shots are fired, and I don't know what else. But the ones I saw didn't have those rows of guns on top I don't think... But some places already have this. I'd have to say that there needs to be a real justification for having these...

know one easy way to take away all the power from drug gangs and cartels and also to inject hundreds of billions of dollars a year into our economy instead of into the hands of gangs and cartels, but nooooo because "drugs r bad m'kay?" And because if we just keep on putting people in prison and throwing more money at the problem for ANOTHER 25-35 years then maybe, just maybe we can win the war on drugs. So far we haven't even made a dent, but its definitely worth putting our nation in the poorhouse to give it a try!

What's the definition of insanity again?

posted on Aug, 15 2013 @ 03:01 AM
link
Keeping drugs illegal keeps the gangs fighting, which makes a convenient excuse to have our officers armed with military gear so it will be in place to use against the raging public when the whole facade comes crashing down and the people realize we are all screwed thanks to those a holes.

posted on Aug, 15 2013 @ 03:03 AM
link
These vehicles have been used before, so it's no big surprise. But if or when the cops start acquiring Active Denial Systems, that would be the time to worry.

Even though they're non lethal, if ever any ADS were purchased en masse it would mean the police are preparing for a SHTF scenario.
edit on 15-8-2013 by Thecakeisalie because: (no reason given)


I think there is plenty of evidence already that they have prepared for such fan related messes.

I remember a thread a few years back about a certain state buying something like the vehicle at the top of the page for some several hundred thousand dollars.

They have drones, wire taps, your facebook login, mini tanks, APCs and enough ammo to sink the titanic again.

US gov is scared of it citizens and it should be, its been treating them like dirty for 20 years suck their money so much than people are hungry and homeless - all so they can protect themselves from a situation they created through their fears!

"You made your bed, now lie in it" - unfortunately they can and will and it will be the people that funded it all who will lose in the end. And who will be left? Just the nasty bastards who did it all, yeah that'll be a fun backstabbing new America to live in....

posted on Aug, 15 2013 @ 05:33 AM
link
The Embassy shutdowns and extreme reaction to what turned out to be flaky intel got me to thinking.

It may very well be that we're reading too much into the motives of Law Enforcement leadership and Washington's motives. It's been the assumption that they've been getting these mountains of gear, ammo and Superman Armor suits (See coverage around the Federal Protective Service before the Tampa Republican Convention about the armor) as something to use against us because it's the logical thing for any of us to assume and read the actions as meaning.

What if, as the Embassy shutdowns suggest, it's NOT about being afraid of US...but it really *IS* what they claim it is? Not so much that a threat really exists behind every bush. That's silly and stupid. However, we're assuming THEY appreciate that fact the same as we do ...and that may be the fault in the logic here.

It may well be that law enforcement leadership from local to federal really do think they're under siege and taking the 'terrorists among us'/'sleeper cell' warnings that Department of Homeland Security spews out every so often very seriously. 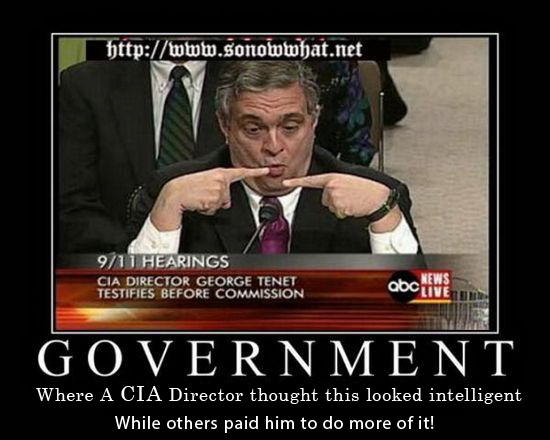 We may have to consider that they really ARE that stupid. It may be the worse possibility, too.

Originally posted by applesthateatpeople
reply to post by TrueAmerican

When the US unravels, RPG's and other man-portable machinery may be the solution to the problem of a government/police state gone totally insane.

Say, I wonder if the Clinton's are offering wholesale prices on manpads yet? That last shipment of 400 shoulder-fired rockets out of Libya seems to have gone over big in the sub-rosa world.

Originally posted by Ameilia
reply to post by TrueAmerican

all one needs is a few hours on youtube, google, or even local news stations.


well this is telling of a one thing....that the military is as diverse politically and morally as the rest of the country.

everyone out there that thinks our armed forces are mindless drones and meat heads....think again.

If we need anyone more than ever now it is our armed forces. If it ever came down to it you think this man and those like him wouldn't stand up for you and all?