I saw this time lapse video of the Perseids metor shower and wanted to share.

It was shot on Monday night from Joshua Tree national park in California.

I never see a night sky like this. I suggest full screen

posted on Aug, 15 2013 @ 01:00 AM
link
One of the characteristics of a "meteor shower" is that all the meteors appear to originate from the same place. In this case, specifically the constellation of Perseus. And during the course of the night, as Perseus moves through the sky, so will the apparent origin of the meteors.

But in this video, that is not the case.
Nothing like it.

In fact, I'd say the overwhelming vast majority of objects in that video are just aircraft.

Edit - in his blog, the photographer has this to say:


Some are air planes crossing the sky. You can tell by the length and direction of the light trails. Air planes go all the way through and come for any direction.

posted on Aug, 15 2013 @ 01:46 AM
link
Beautiful! Thanks for posting! Makes me wish all the lights would turn off in the city so we could see the sky like that.

Absolutely stunning. I went outside earlier--maybe too early--but couldn't see the showers. It was a pleasure to watch this video. Thanks for posting the link.

Would be really cool 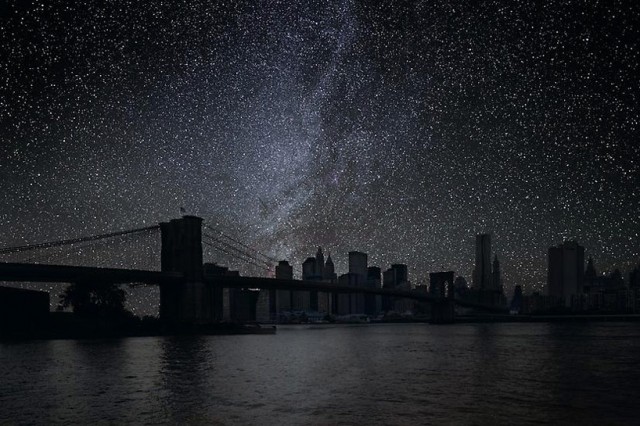 It is true we could see more stars in a totally dark sky, but it would NOT look like the sky in that video. The cameras used to make those images and videos are designed to gather a lot more light than the human eye can gather.

You may have seen pictures of the sky with the Milky Way shining brightly above, but those images are long-exposure images, and not really what the eye can see.

posted on Aug, 15 2013 @ 02:26 PM
link
I'm pretty sure most of those are satellites or planes. Meteors travel far too fast to make smooth motion like seen in this video. With long exposure for each shot, a meteor would show up only in a single frame, so in a time-lapse like this they would flash in and out of sight too quick to be properly noticed.