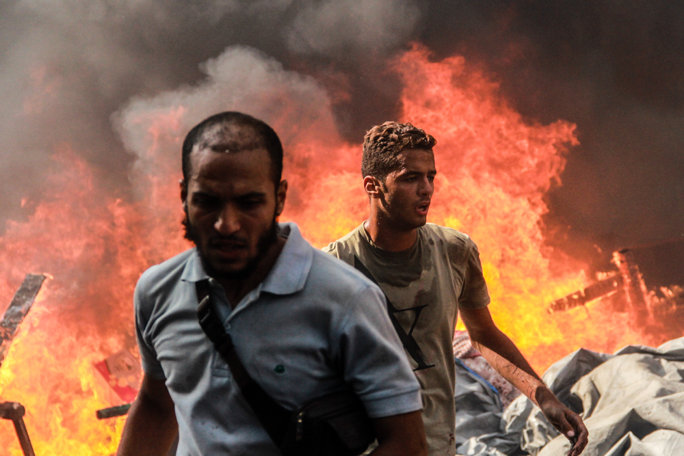 Photographer Mosa'ab Elshamy captured these images of violence and sadness Wednesday at a sit-in outside the Rabaa mosque in Cairo, as government forces clashed with Muslim Brotherhood supporters and backers of deposed President Mohammed Morsi. 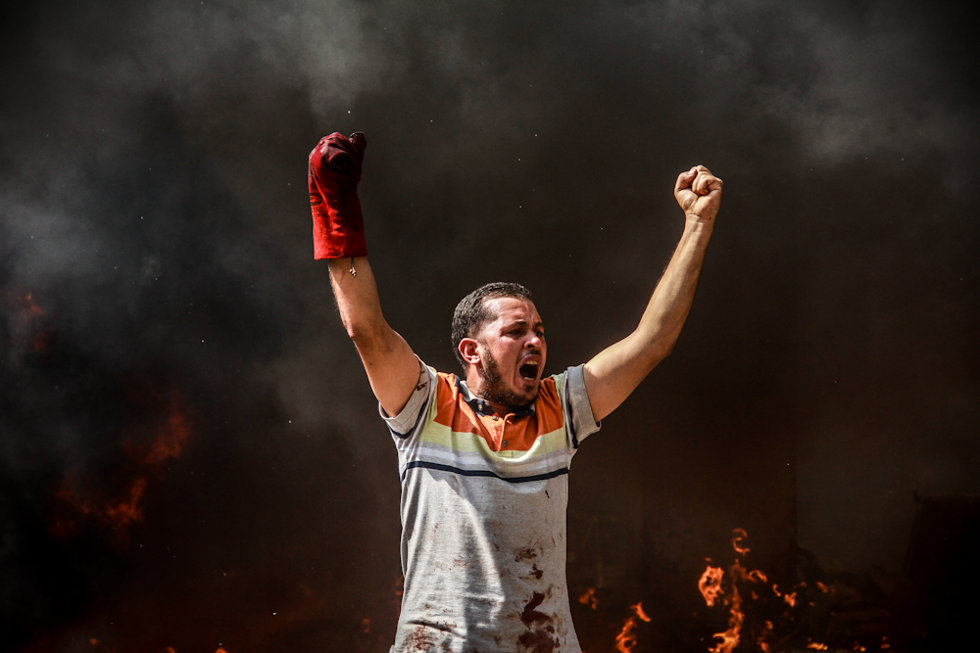 The country's health ministry said that at least a few hundred had been killed on Wednesday in a police raid on Morsi supporters at a Cairo protest camp and battles nationwide. The official MENA news agency quoted a ministry spokesman who said more than 1,000 were wounded, according to Reuters.

A complete slideshow awaits via the link.
(View Discretion is Advised)

I find that I need not say too much;
things like this tend to speak for themselves.

posted on Aug, 14 2013 @ 11:24 PM
link
There are no words to describe my disgust for the needless and senseless violence in this world. There is no longer any hope for humanity.

I can't really find the words to describe it, without sounding redundant.

Never take anything for granted.


Yeah the violence is definitely real, it seems like a cycle, doesn't it...

The Egyptian people take to the streets and overthrow one dictator, Mubarak, supported by the army who end up throwing him out because of street demonstrations and bring in “democracy” and vote in Morsi, the MB leader. Then a year later him being overthrown in a coup by the same Army led by the “Arab Street” massive demonstrations.

Now ironically, Saudi Arabia, the super theocracy in the world doesn’t support the MB leader and are on the side of the secular Egyptian Army overthrowing Morsi, the theocrat. But Morsi and Saudi Arabia together supports the overthrow of Assad in Syria.
Figure that out?

The US doesn’t know whether to # or go blind about the whole matter.

They first supported Mubarak, but then didn’t support him, and then supported his ouster, only to be shocked when Morsi failed as a leader and the people of Egypt had the most massive demonstrations in political history that leads to the coup and the US doesn’t even know whether to call it a coup! A coup is a coup whatever the hell they do.

This is a mess
And the horror of almost 300 people killed in one day is sad beyond belief.
What makes this interesting though is this fact.

As of yet there is no one to blame, as there usually is, one who can be pointed out as the chief dog in this fight.

posted on Aug, 15 2013 @ 12:22 AM
link
The last report I saw said 300 had died.. It is truly disgusting when the only option to settle a dispute is for blood to flow....The strong will triumph and the lessor souls will be beat into submission or die....been that way forever.

Despite all the hell that has broken loose, I'm certain that Obama was delighted when Morsi shifted the power to the Muslim Brotherhood.

Someone please tell me again about how peaceful Islam is?