Amaricans(the world) are in grave danger due to RADIATION from FUKUSHIMA!

Here is a Blog cast you should all listen to...

[[A]t this current time in July of 2013, Fukushima is 80 to 100x more expansive and more intense – letting out about 100x more of the radiation of Chernobyl. The problem with Fukushima is that it’s not only continuing for 865 days…
I mean, let’s wrap our minds around that for a second – it has been leaking out radiation in increasing volumes for 865 days. That’s two years, four months, 12 days to be precise – since 3/11/11. And it’s coming in the air. It’s all over the Pacific. And what we have to do is –we’ve been charting the progress of this – how it’s been affecting stillbirths – and the Canadian government let out some studies saying that it found stillbirths along the British Columbia coastline that are 800% -- year over year – increased since 2011…


Hawaii is one of the states that is receiving most of the Fukushima radiation in the U.S. The other areas are the west coast of Canada…
(read that again)

Alaska is third because the jet stream obviously functions right up into the north during the summer months -- and then obviously in succession Oregon, Washington, California and then so forth further eastward, obviously. So, if the Fukushima radiation continues – God forbid – for the next five years – but that scenario is increasingly likely – the cumulative radiation in New York City will be the same in five years as it is today in Crescent City, California…

And the Obama administration, going back to Fukushima, ordered – they ordered the shutdown through the EPA -- the Environmental Protection Agency --

which is one of the most corrupt organizations in the US and world – because they shut down all of the west coast sensor towers for the radiation starting on April 2011. And they have not been functioning since, except for a few periods of time, and all of that information has not been shared through the free information act – which I find is just outrageous , especially when I seem to remember very clearly words from the current administration that they would be “more transparent” -- which has been nothing more than a lie…

You can listen to it here..scary stuff people.... 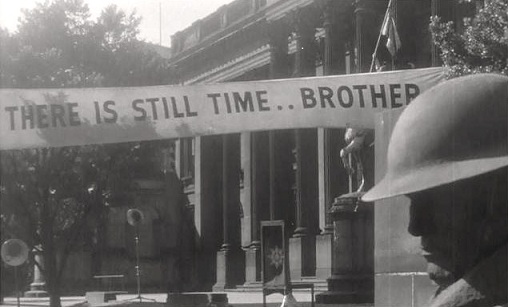 Ever noticed that , how it seems it`s always at YOUR door ?

We`re all in danger , but out of everyone I`d dare say the Japanese have the biggest problem with Fukushima`s radiation. Just think , nuclear spill on one side of the globe , oil spill on the other , chemicals added to the food supply and the water supply on top of the oil and radiation - combined with the spraying of chemicals in our skies... those tinfoil hats don`t look too bad now , huh ?

posted on Aug, 12 2013 @ 09:47 PM
link
I heard they were going to try to freeze the ground to try to contain it. I still am amazed that with all the brilliant minds on this planet we can't come up with one viable solution to correcting this problem... Over 2 years and still nothing...

posted on Aug, 12 2013 @ 09:48 PM
link
I suppose I should get out the survey meter and check for any radiation again, I do it about once a year or more if I feel a need. I didn't notice any elevated levels last fall, but that was almost a year ago. I guess tomorrow would be a good day to do this.

I'd like to take it into the grocery store to see if there is anything there.

Originally posted by AthiestJesus
Why Americans ?

Ever noticed that , how it seems it`s always at YOUR door ?

We`re all in danger , but out of everyone I`d dare say the Japanese have the biggest problem with Fukushima`s radiation. Just think , nuclear spill on one side of the globe , oil spill on the other , chemicals added to the food supply and the water supply on top of the oil and radiation - combined with the spraying of chemicals in our skies... those tinfoil hats don`t look too bad now , huh ?

The World "is in grave danger due to RADIATION from FUKUSHIMA!

thanks for reminding me...

Maybe this is why obamo was "re-elected" ? So no americans could have a foothold into finding out what really is going on with fukushima - and with the rest of the hare-brained things going on in this ass-backward administration/gov't - both dems and repubs.

posted on Aug, 12 2013 @ 09:59 PM
link
I question the source only because I read an article on RT over the weekend that said there is little to no danger to anybody outside of a couple kilometers of the area.

I'll see if I can find the article...

No offense to the op it just seems to be two very conflicting stories. I don't know who to believe but I know it's a mess.


So the people in California can relax. In fact, the contamination of California and indeed the rest of the planet from the global weapons test fallout of 1959-1962 was far worse, and resulted in the cancer epidemic which began in 1980. The atmospheric megaton explosions drove the radioactivity into the stratosphere and the rain brought it back to earth to get into the milk, the food, the air, and our children’s bones. Kennedy and Kruschev called a halt in 1963, saving millions.

It goes on to say that the ocean is so huge the contaminated water will be diluted to the point of being virtually harmless.

Nevertheless, the sea-to-land effect is real. And anyone living within 1km of the coast to at least 200km north or south of Fukushima should get out. They should evacuate inland. It is not eating the fish and shellfish that gets you - it’s breathing.

The author of this article is Professor Christopher Busby from the European Committee on Radiation Risks for RT
edit on 12-8-2013 by gotya because: (no reason given)

This is one of those times friend when forethought is key.

We won't know the extent of damage for many years to come and hopefully the consequences will not be to unbearable. It's safe to assume, that which has already "leaked" (read: pumped) into the ocean will have ramifications to the Eco system. What scares me is how much more "leaking" will there be?

I am truly sorry to all existence that has ever been affected by the tragedy that is mankind.

Originally posted by Happy1
reply to post by baddmove

Maybe this is why obamo was "re-elected" ? So no americans could have a foothold into finding out what really is going on with fukushima - and with the rest of the hare-brained things going on in this ass-backward administration/gov't - both dems and repubs.


Nothing like American ignorance to make a nuclear meltdown in JAPAN an American political issue.

I don't think this is good for anyone on the planet, especially because of what they haven't been telling us.
edit on 12-8-2013 by Maluhia because: (no reason given)


I think it can be safely assumed that radiation does pose a danger to everyone.

Ocean life is definitely going to be the first casualty as far as anything outside Japan goes.

I think when the effects are obvious the it waill already be too late.

Have a look at that Vicious Rabid Bengal Tiger over there. . Now, he is hungry and going to be coming for diner any second. All I have to do is make sure I Run Faster than You.

In the case of this radiation, it will probably get to me eventually, but, If I stay on the east coast, it will definitely get to everyone on the west coast first.

Nature has a funny way of sorting things out.


I see you have your Blinders Up.

No Chance of getting a Black Eye.

posted on Aug, 12 2013 @ 11:34 PM
link
The ramifications of F are for now a trickle but the next generation will see the extent of the damage in all its guises! The DNA damaging substances coming out of F will plague earth and particularly Japan for hundreds of years or more!! its already entered the ground water and poisoning the water table is no joke its a irrecoverable disaster!! Its not a happy ending!!

Gloomy+ I know but thats the outlook!!!

posted on Aug, 12 2013 @ 11:39 PM
link
Evidently countries have been dumping nuclear waste into our oceans since it was invented.

(Sorry about Wikipedia part but conveys the idea).

Intelligence (inventing the stuff), was a trade off for common sense (don't put on fault line). What we need from now on is some testing so that all levels and areas of intelligence are present and accounted for when making a decision that can affect the entire globe. For crying out loud - the damage we have and continue to do; as if we are in charge of our own extinction.

Some play this down while others make it seem catastrophic (like anything else that's novel). Why not err on the side of caution? Because people are hell bent on destruction and don't mind gambling hope for future generations.

At costco today I passed up seaweed from Japan, green tea from Japan, fresh salmon, and pacific fish of another type (cod I believe). Embarrassment should have been the least of their worries. Where are these people going to live in 10 years?

Naturally it is an ATS thread with a page count nearing 1400.


I agree that it really pays to find and then follow only the most reliable sources of information on this subject. In the long run, the extra work of finding authoritative information sources will be worthwhile to all of us because the significance of the Fukushima nuclear disaster is and will be continually growing, not going away.

The only blogs I've seen that consistently use verified sources in their Fukushima reports are:

Otherwise, using blogger columns and the tragically biased Wikipedia as news sources aren't going to get you very far. Reports from the Russian Federation's RT vary in their quality; look for verification there as well.

Rickymouse, your survey meter may only be able to detect gamma radiation, and there's a lot more types of radioisotopes out there, issuing problematic radiation that may be either alpha or beta. Regarding food products in stores, the only equipment that can detect cesium (hallmark of radiation for several practical reasons) at those low levels are more complex devices such as scintillation counters that are in the $50,000.00 range. For that reason, I have been buying my food products from natural food companies that do this cesium testing for their entire product line. Eden Foods is one such, another is the website-based theseaweedman.com; he's in Maine and gets his product line tested by a physicist at the University of Maine.
edit on 8/13/2013 by Uphill because: Add text.