In this final part of the effects of a nuclear bomb series we take a look at some of the largest weapons that ever had the possibility of being delivered to target. A 20 megaton weapon is at the upper end of the warheads that sat atop ICBM's and in the bomb bays of nuclear bombers at the height of the cold war. We compare this weapons effects from three different distances from the center of Chicago.

posted on Aug, 12 2013 @ 09:25 AM
link
Most likely, the biggest we'd get hit with would be a 5 megaton, but even that is doubtful. The most common nukes are less than that. If the closest primary targets to me got hit, we'd be fine up until about 8 megatons. With that kind of power, we'd undoubtedly get some radiation fallout (where I am), but still survivable. Anything more than 8mt, and we're toast though.

The nice thing is, with the way the major players have reduced the weapons, there are less to worry about which means a more limited exchange. Factor in the missile defense system, and even less may reach their targets. So a nuclear war isn't the end-all-be-all destroyer it was during the Cold War. It is survivable, depending on where you are. Of course, I'd rather not ever see such a mushroom cloud.

If you're in a major city though, when one goes off, it's all going to depend on where you are in the city, how big the weapon is, and some of the actions you take. You can still survive, even in the fallout area, especially if you can find good shelter. If the weapon is in the megatons range though, and in a major city, your odds aren't great.

If our major target got hit during working hours, with a 5mt weapon, I'd still be ok, but it'd sure make it hard to get home.... (I work at point A, but home is point B). I'd probably have to head for the beaches to be sure, and hang out there for a couple of weeks, and even then, I'd probably go the long way around the area, to get home. 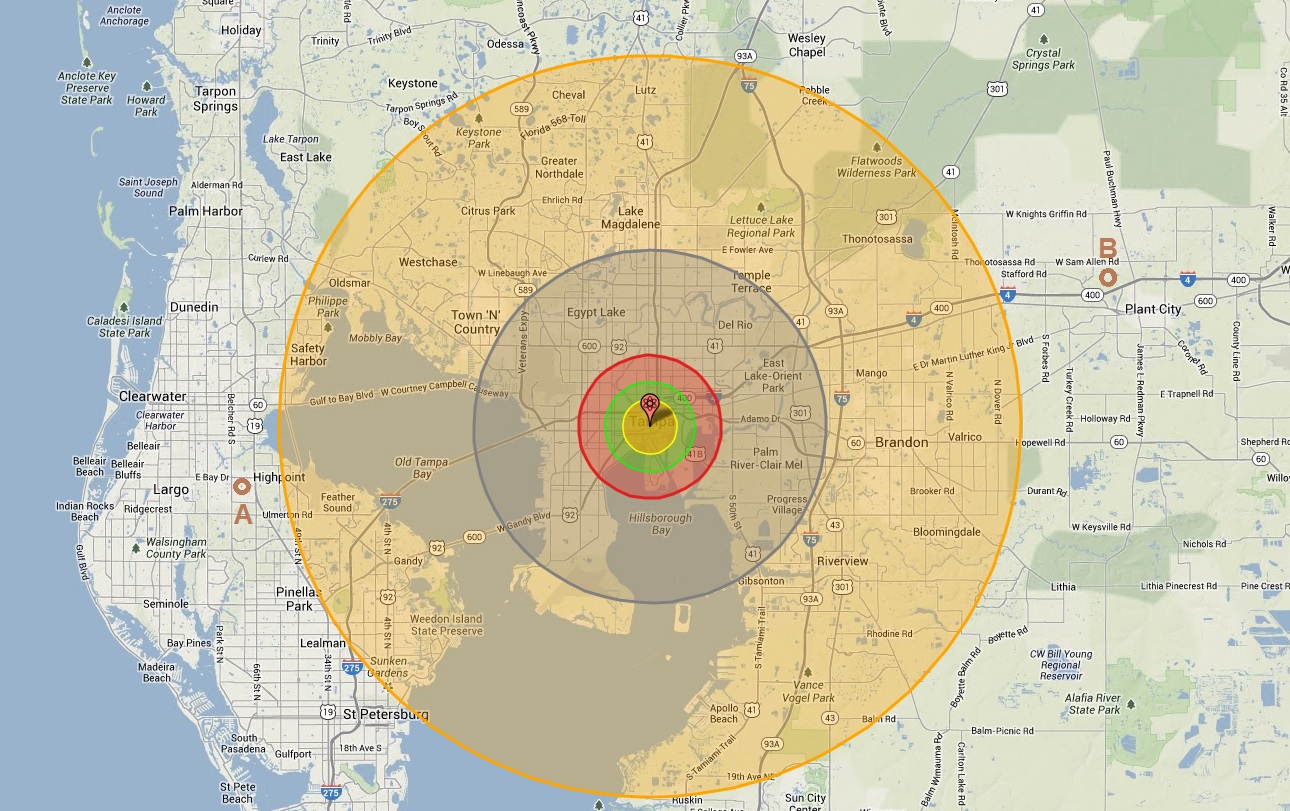