Some of these I have never heard of and yes there are others like ms13 etc etc but according to the article these are the biggest......The triad was not even mentioned ?? So no doubt the list is not complete by any means

Others might say some government is the biggest crime organization

(1) The largest criminal organization in Japan and one of the biggest crime organizaitons in the world, the Yamaguchi-gumi boasts over 55,000 active members. It was founded before World War II and can be traced back to the labor union of dockworkers.

(2) Mafias don’t come any bigger or older than the Camorra. Originating in Naples, Italy the Camorra has a history that dates back to the 18th century, though some believe it to be descended from a secret society in Spain in the 16th century.

(3) Also known as the Tijuana Cartel, The Arellano Felix Organization is one of the most violent drug cartels in Mexico. Beginning with a mere 11 members, the family ‘business’ has grown in strength (and violence), infiltrating the Mexican law and judicial systems and trafficking coc aine, marijuana, heroin and methamphetamine to the states. Steven Soderbergh’s 2000 Oscar-winning film Traffic featured the gang.

(4) Headed by one of the world’s most wanted and terrifying terrorists and crime bosses, Dawood Ibrahim, the D-Company is a criminal organization that funds and supports terrorist activity in their own country, India. They were responsible for financing the 1993 Mumbai terrorist bombings and also planned further attacks in Gujarat. The organization also amasses billions through arms and drug trafficking, contract killing, counterfeiting, extortion, real estate and, it is alleged, the Indian film industry.

(5) The Numbers Gang are a world-renown and one of the most fearsome prison gangs in the world. Operating from the Western Cape prison of Pollsmoor, the gang controls almost every prison in South Africa through violence and religion. The group is led by the 28s – in particular John Mongrel in Pollsmoor – and initiates subordinate members through forced sodomy and violence. The numbers – 28s, 27s and 26s – all ascertain a level and function within the gang and the systemized organization is in place across the South African prison system. Insubordination results in death.

posted on Aug, 10 2013 @ 10:42 PM
link
Er, uhm, they left out the biggest one of them all. The US Government.
I thought I would go ahead and say it, since someone wouldve anyway

there isn't a single government, starting with the US, in that list.

These guys are ruthless and are beginning to take over South East Asia.

Originally posted by Sharingan
Er, uhm, they left out the biggest one of them all. The US Government.
I thought I would go ahead and say it, since someone wouldve anyway

You're right: That was my absolute first thought too. The US may be the biggest, but there are plenty of other criminal governments that are much larger than any of the organizations mentioned.

So I'll just say that the statement in the headline needs some qualification. Perhaps "Biggest Known (non-government) Crime Organizations."

But there have been bigger as far as crimes against humanity and body count (58 million total dead during WWII). 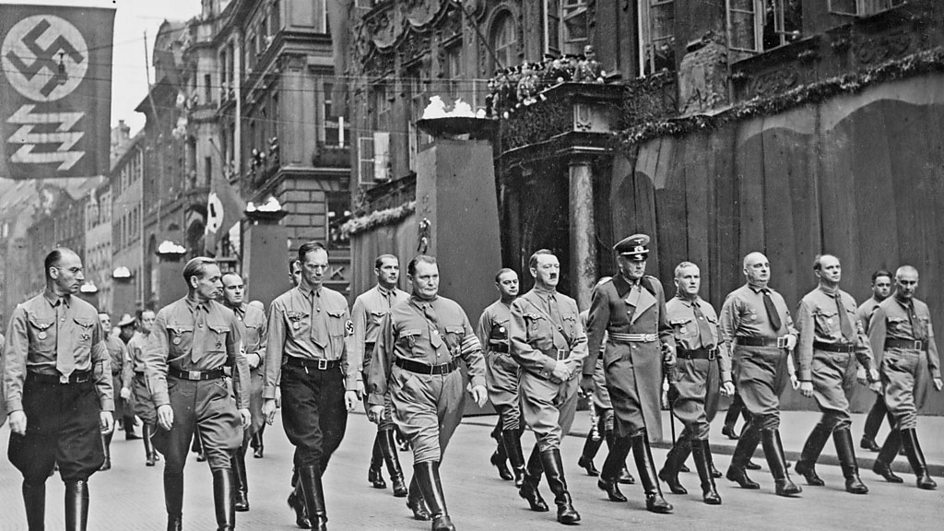 Originally posted by deessell
The story does not mention any Russian gangs.

These guys are ruthless and are beginning to take over South East Asia.

I agree they are well funded and organized....


Russian mafia most powerful in the world?
english.pravda.ru...


Officials with the US State Department believe that the Russian mafia is the mafia of all mafias. World-known mafia brands such as Cosa Nostra and Yakuza pale in comparison with the great and terrible Russian gangsters. What does that mean?

For fairness sake, we have to admit that the Americans are not alone with their opinion about it. Britain's the Daily News wrote a year ago that the Russian mafia controlled 70 percent of the Russian economy, as well as the prostitution business in Macao, China and Germany. According to British reporters, the Russian mafia controls drug trafficking in Tajikistan and Uzbekistan, the money-laundering business in Cyprus, Israel, Belgium and England. The list continues with car theft and nuclear materials smuggle.

Russian criminals are highly sophisticated and uncatchable for the West. As soon as the Soviet Union collapsed, Russian criminals started to look for new homes far away from the motherland. Vyacheslav Ivankov, for example, bought a ticket to the United States as soon as he came out of prison in Russia. That was a perfect opportunity for him to change his image. In Russia, he was known as a jailbird. In the States, he earned the reputation of Robin Hood; US newspapers referred to him as the new Solzhenitsyn. Afterwards, Mr. Ivankov showed the States how to love freedom.

I had a friend doing business in Russia several years ago...He would much rather do business with the Mafia than the government.....A hand shake and a price and the Mafia took care of business...government on the other hand wanted money at every step and they were the ones that made up how many steps.....He was exporting aircraft of the WWll vintage....totally legal once upon a time...

Another guy took $250,000 to Russia and bought diamonds...there were three who went together...He turned his $250,000 investment into 5.4 million...the other two went back to do another deal and disappeared...When the old government fell Russians had many things they did not know what the actual worth was in a world market...They guy who made the money was X mossad and said to me, "You can fool them sometimes but if you do it again you will disappear after being severely hurt and begging for death..Just stories with no pics

Originally posted by Sharingan
Er, uhm, they left out the biggest one of them all. The US Government.


The governments are merely fronts...

Think about it, what would be the ultimate crime organization?

The one that people don't even believe exists.

Jesus referred to them as the "Synagogue of Satan".

One group and one group alone is responsible for virtually all wars and bloodshed on the face of this planet. The Synagogue of Satan

"We cannot understand the world until we appreciate that most leaders are traitors and that mankind is victim of a diabolical conspiracy on an unspeakable scale. It's time we stopped fighting each other and addressed the real enemy." ~ Henry Makow


Wow, thanks, Murgatroid. Great timing. I was just telling my boss (who has begun to develop a remarkable conspiracy mindset) about this the other day. I meant to look it up and forgot.

posted on Aug, 11 2013 @ 06:33 AM
link
my russian girlfriend's father is one of the top men (russian mafia) here in Ireland.
every 2 weeks he goes back to russia. i cant say what his activities are, well i can but im not about to reveal them here. lets just say he 'organises' a few things.
they have already taken over the drugs business in Dublin city. now that the IRA have decommisioned their guns, the russians have no opposition. back in the day the IRA would've made it clear that the russians would have to stop drug dealing. not anymore.
i agree they are the biggest criminal organisation in the world.

The U.S. does seem to break International Law whenever it wants to do so.
I notice that in the photo you show no one is armed.
And what is that second emblem on the banner under the swastika? Do you know?

Everybody knows who the real kings of organized crime are. Does the Yakuza have a lair inside a volcano. NO!!!! I mean they have the army of ninjas but a bad ass volcano lair like SPECTR to go with it...NO!!!! Last time I checked the Tijuana cartels don't have rocket ships that can abduct other rocket ships IN SPACE!!!! The Sicilian mob!!! Uh they don't have space stations. And they don't have underwater bases.

Where's the respect for the real leaders of innovation in the world organized crime echelons.

And what is that second emblem on the banner under the swastika? Do you know?


No I don't. This is an early photo of the Nazi hierarchy. They used a lot of Runic symbols in their symbology. If I was to garner a guess the individual hash marks "look like" sideways "SS" lightning bolts. Presented sideways like that and three deep I have no idea.

Triad refers to the many branches of Chinese transnational organized crime organizations based in Hong Kong, Macau, Taiwan and also in countries with significant Chinese populations, such as the Philippines, Malaysia, Singapore, Siam (now Thailand), Japan, the United States, Canada, Australia, New Zealand and the United Kingdom.
Triad (underground society)

posted on Aug, 11 2013 @ 08:43 PM
link
Fact is every nation has its bloodsuckers...they are the psychopaths and the dregs......
The only sensible thing to do would be to simply root them out and kill them....case closed.