As the vacationing times are slowly coming to an end (or not) for some of us members, I thought it would be a good idea to share where we’ve spent our vacations and perhaps show a little part of our lives that do bring a smile to our faces.

As members of this great website residing on all continents, this would be a great thread to show glimpses of our parts of the world scenery, parts of our touristic likes and parts of the beauty that this small blue dot provides...

As I’ll go first, this year, my girlfriend and I went to Mont Tremblant. Roughly two hours and a half from where I reside, (South Shore of Montreal, Quebec, Canada) Mont Tremblant is well known for its skiing facilities in the winter time. It is, nevertheless, a mountain of breathtaking scenes comes the summer time.

We resided in the heart of the Village, making it all very special.

This is a picture from our balcony: 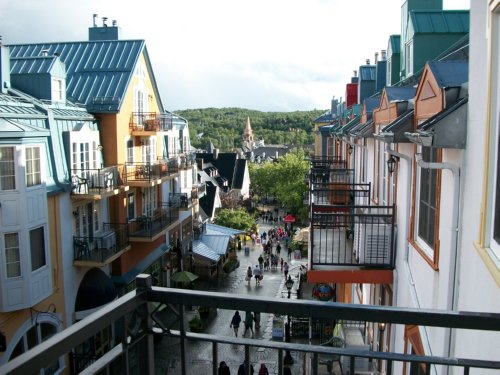 As we were being lifted up the mountain on sky cabins, I couldn’t resist taking a picture of the Village as it laid there in all its beauty, right in front of us: 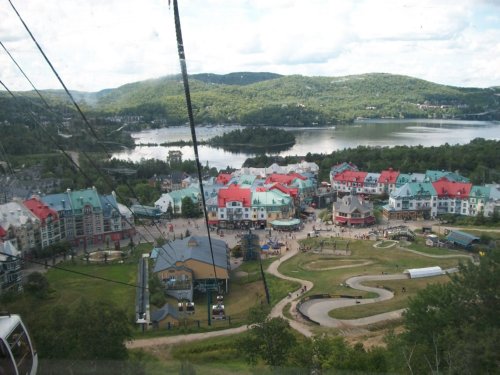 The mountain itself is 2871 feet high (875 meters) and the view from up there is astounding. Here is a view from the top, showing where the village is...down there: 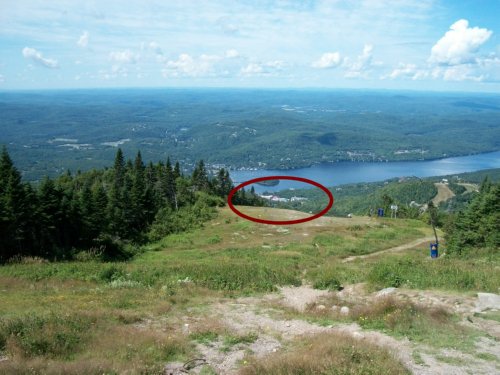 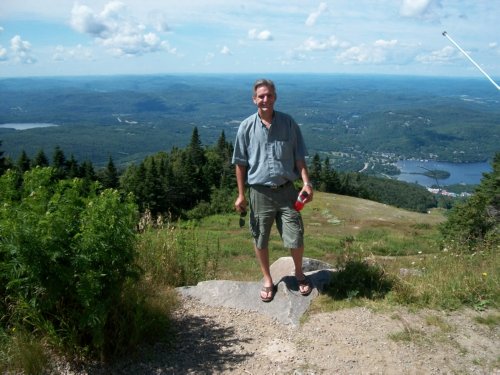 And finally, the other side of the mountain, in all its beauty: 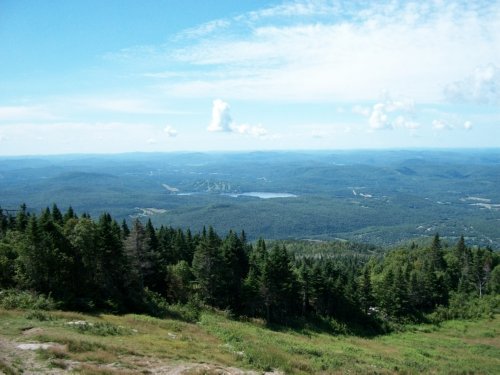 This particular vacation was very special for me for different reasons. The first one is that I shared this one with my new girlfriend (going on three months already) and the second is that I hadn’t taken a vacation out of town in years. It was both refreshing and exciting !

Oh...anecdote. While we were having lunch at a place called "The Shack", I noticed someone familiar walking in from the side door and making his way along the wall to the bar...

"Gee...that guy sure looks like Michael Douglas..." I told my girlfriend.

As he sat at the bar, about two feet away from where our table was...

To be honest, he looked like he wanted time alone, not wanting to be disturbed. Had a drink, left, came back in about ten minutes later, sat exactly at the same place and had three more shots.

One waitress in particular got pretty excited when she saw him and there were one customer or two that came by close to us to snap his picture on their cell phones.

As he got up to leave, he stayed by the door as rain had started to pour badly and soon enough, the little excited waitress nervously walked up to him to shake his hand. The place was pretty much packed but he made his way in and out almost incognito...Told my girlfriend...

"Well, personally, I would have preferred Catherine Zeta Jones..." *grin

Where did you go? Was it special and if so, why?

I, for one, am looking forward to it !

Well I am glad that you were able to.
It looks like it was nice!

posted on Aug, 9 2013 @ 07:50 AM
link
Well i never managed to get away either unfortunately. But i thank you for posting those, They look great!. Looks a bit like where im from here..

My wife and I at Mayan ruins in Mexico. Such a sense of history here, and spectacular views of the ocean too. 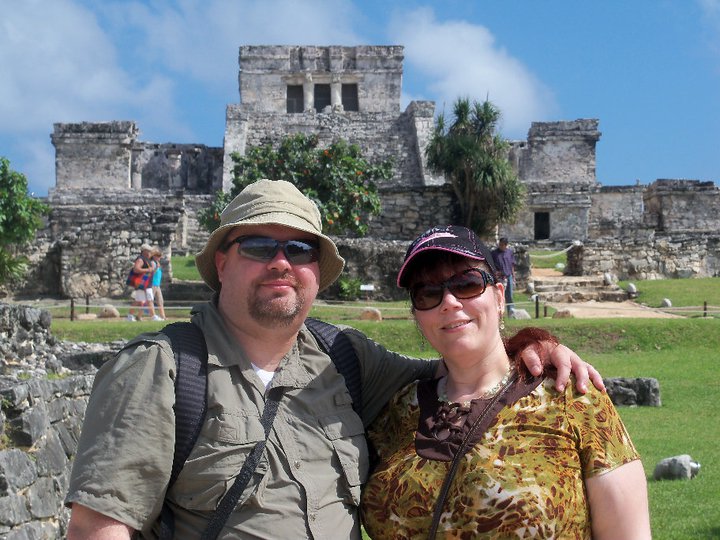 Me (as a Slytherin) inside the Hogwarts castle at the Harry Potter part of Islands of Adventure. They really made it to where even just walking through the castle is fun. They truly brought the books and movies to life in this part of the park. 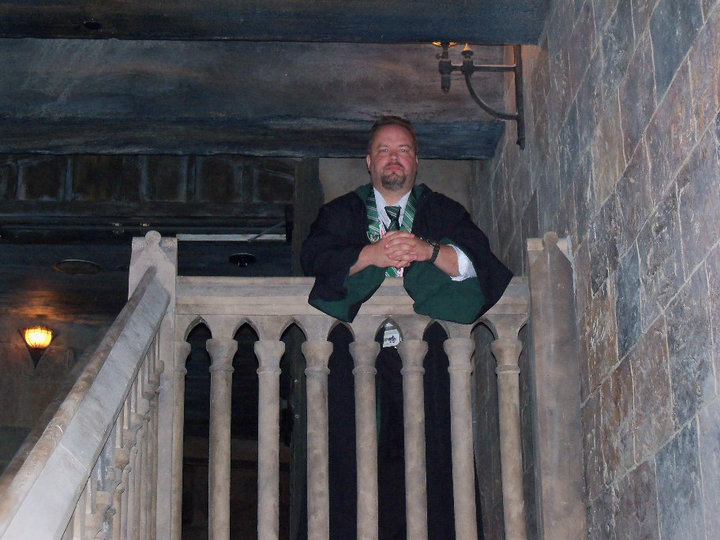 My wife and I at Niagra Falls. Those wooden stairs get SO slippery! Awesome sense of nature's power though, and a statue of Tesla to boot! 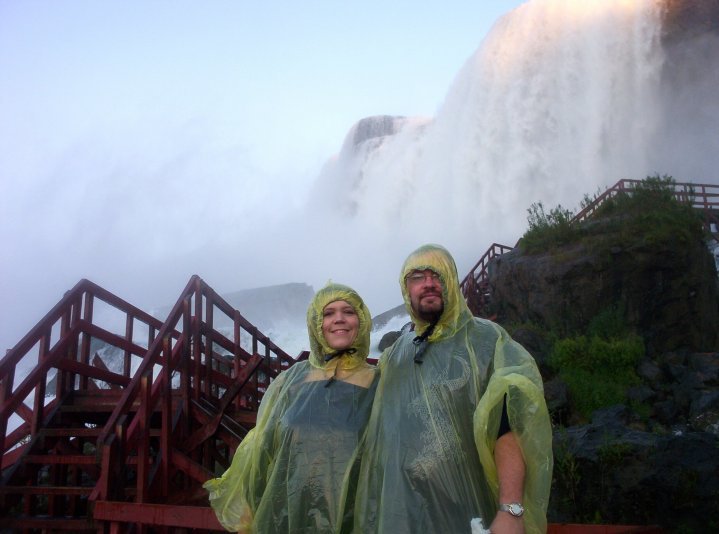 My wife and I at the Star Wars Experience at Disney (note my wife's shirt, about to let Padme in on a dangerous secret...) 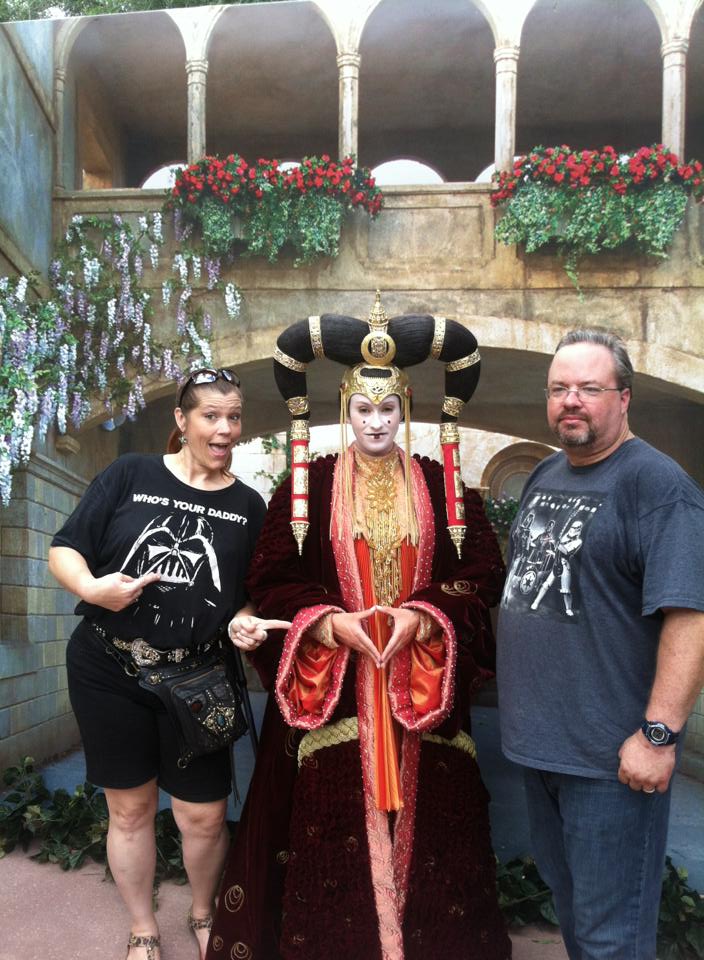 Me getting kissed by a stingray in the Grand Caymans. These things were so used to humans, we never felt in danger at all. They would completely swarm you, but the local guides were pretty awesome. 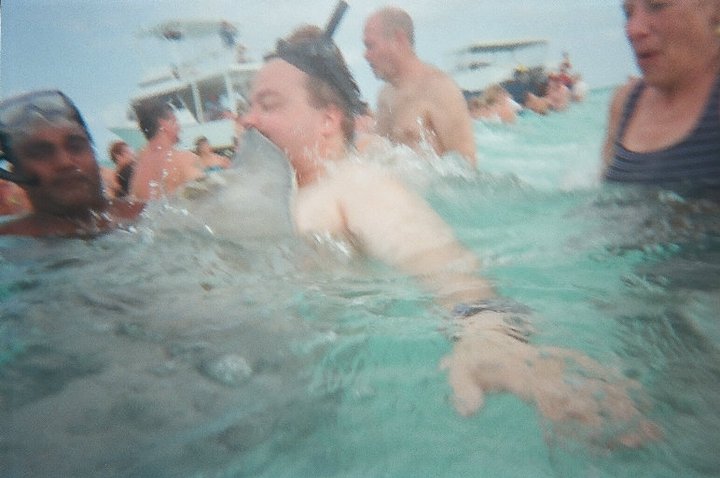 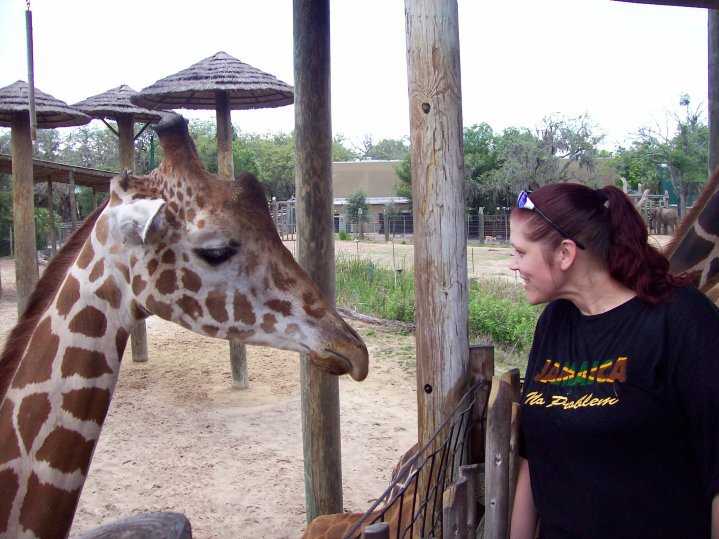 Buddies going paintballing (only time you can actually hunt and shoot other people, we have a blast doing this occasionally) 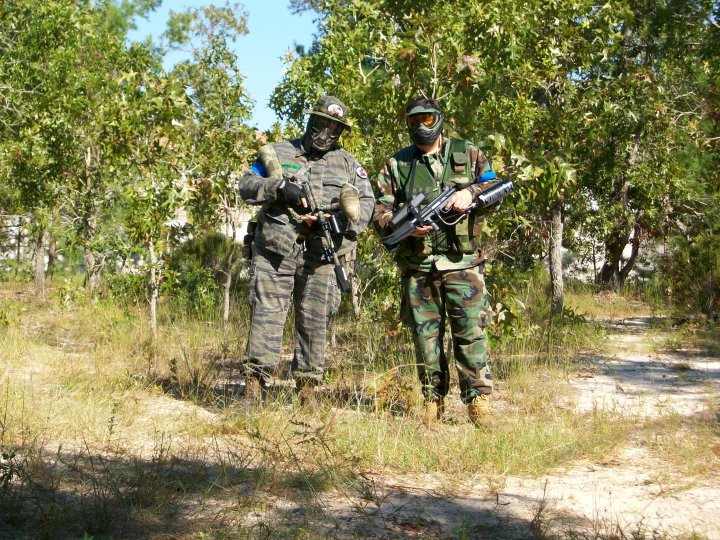 Horseback riding (back when I was still pretty new at it, on a local trail) 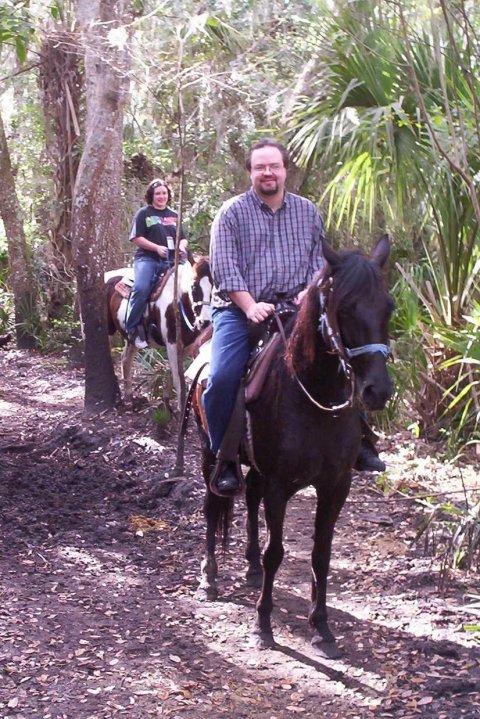 My wife and I at our local Renaissance Festival 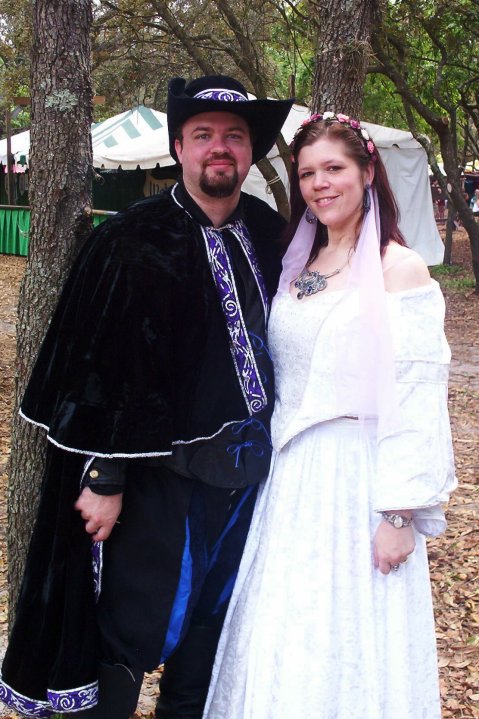 Sunset in Antigua (was a business trip, but I managed to get some vacation in) 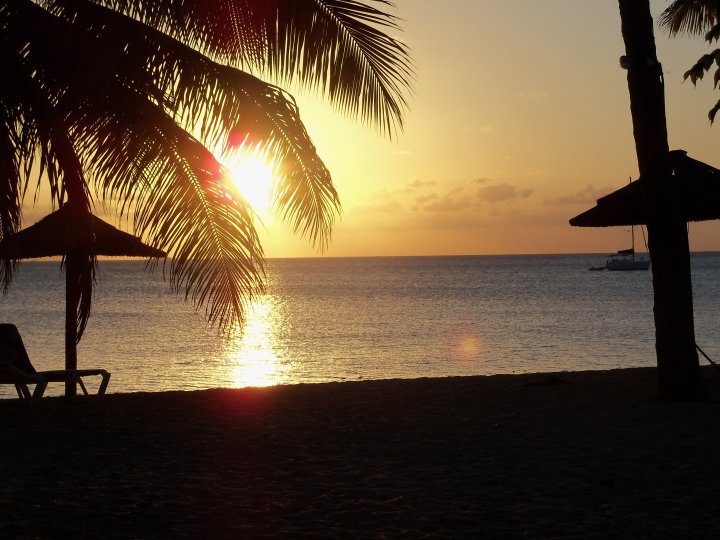 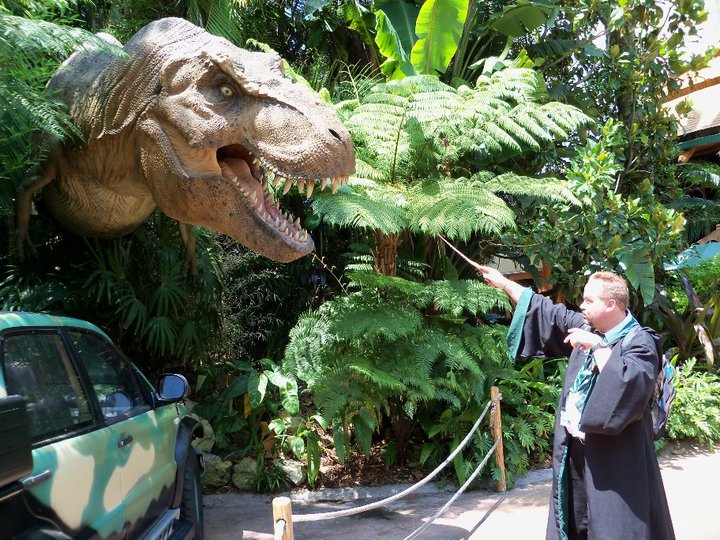 Great pictures, Looks like you and your wife had a great time


Oh...we had fun but I just can't share those pictures...

Seriously though, thanks for sharing !! Very nice !!!


Hehe, yeah, I can think of plenty of pics that CAN'T be shared....

I should have posted some pics from last year's DragonCon (big Sci-Fi Convention in Atlanta GA each year)....but I didn't have them readily formatted yet. We're going again this year, end of this month. My wife was happy, as she got to meet some hunky dudes from Vampire Diaries and True Blood. I was happy because I got to meet Erin Gray (from Buck Rogers, back in the day). This year, I'm hyped to meet Pam from True Blood and Eliza Dushku...

posted on Aug, 9 2013 @ 10:43 PM
link
This year, I visited relatives out in Pittsburgh, home of the greatest football team ever! Rode the incline to the top of Mt Washington for that one.

We also checked out the Carnegie Museum which has one of the biggest collections of dinosaur bones in the world. Last year, we went to Canada to visit the Niagara Falls area. Took this one from the top of the Sky Wheel (who needs to pay $100.00 a head for a helicopter ride?) Our last day there, we were walking through town when we noticed that Flying Wallenda guy was doing a tightrope walk between some of the taller hotels. I'm shocked that one even came out; he looked like a tiny speck against the sky from where I was watching.

I went to Niagara Falls many many years ago and what I remember the most is going down some elevator shaft that took you at the bottom of the falls behind them. The roar of the water was astounding !

Lucky you got to see this guy in between buildings and were able to take a clear pic !

posted on Aug, 10 2013 @ 10:52 AM
link
I can't believe I forgot to post this one showing the outrageous gas prices out there in Pittsburgh. Actually, that was a gas station under construction and I think they just got power to the sign and those must be the default settings on the prices. I just had to snap that shot as I drove by.