posted on Aug, 8 2013 @ 04:42 PM
link
It's just too damn profitable for the people in charge to change anything. And, to suggest as much would be political(and, nest-egg) suicide.


% of Congressmen that become Lobbyists: 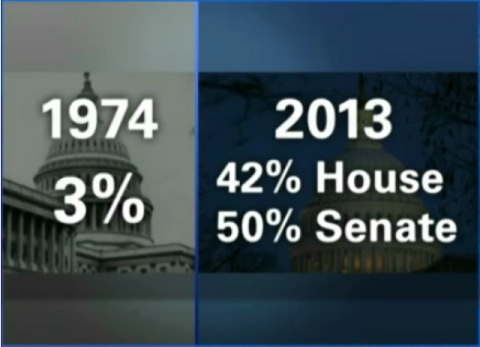 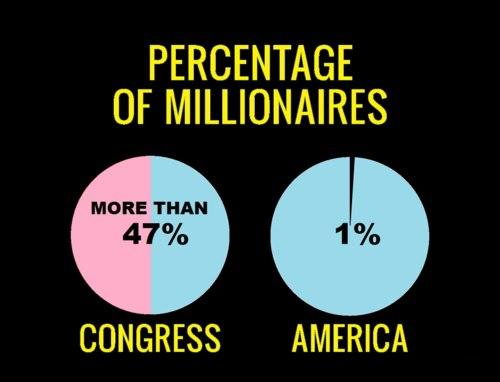 posted on Aug, 8 2013 @ 05:54 PM
link
The system we have rewards the greedist SOB's for selling out the public interest.

My children are just now old enough to pay attention to the "news" and it is hard trying to describe insanity in sane terms. Anybody else understand what I'm saying?

This world is far different than it was only a decade ago in terms of the Truth being suppressed and bold face lies being told by EVERYONE.

There is a time for every season and we're in a very bad season.


We need to elect people with integrity and honor. However, that seems to be nothing but a pipe dream these days. Money talks as usual.

The sad truth of the matter is that we are stuck with career criminal politicians, with no term limits, and the Sheople continue to still wonder why they never even get a single issue, or god forbid any realistic laws passed ever. Both parties are controlled by the internationalist masters of puppets, and all hope is gone until good Men stop doing nothing, and start being Men / Women.

It is a repeat of the days just prior to the fall of Rome. Wish I had the answers myself, but I do not. Maybe some day the herded sheople will stop watching American Idol and Desperate Housewives so that they realize that these enemies within are killing their childrens future more than anything, and life in general.

Actually, It's a bunch of old mother#ers who could give a crap less about what happens after they die and leave this world. They will rape and destroy her, and while doing it they will not give one single damn about any of us, our children, or planet Earth as well as all the other life that calls it home. Look what they have done to the Oceans with Fukushima, The Gulf Oil spill ect.

Maybe then someone will step up and stop these maniacs, someone who actually has some power and can step up and defend the innocent, like the children and their future. It's going to take something big to un-herd the masses of robots and yes men who work for the deciders. Ok, I am done for now. Best wishes to everyone who just wants to live a good life. ~$heopleNation

Alien: Greetings. We come in peace.

President: I understand you have a gift for "all of humanity"

Alien: Yes. We have been monitoring and recording humans for two hundred thousand years.
We have a complete recording of every single persons' life who ever lived in that period.
Everything they ever wrote, invented, or said, and original copies of all knowledge.
We even have an archive of every crime that was ever committed according
to the laws of the land at that period, whether reported or not.

President: Uhhhh. Do you have anything else?

Alien: we could give you the recording equipment instead. It's called TeleVision.

If only the American people had rejected the propaganda and given this man once chance...

And then theres these:


Not much more needs to be said.
That says a lot.

Continuing with more graphics (we've all seen this)... 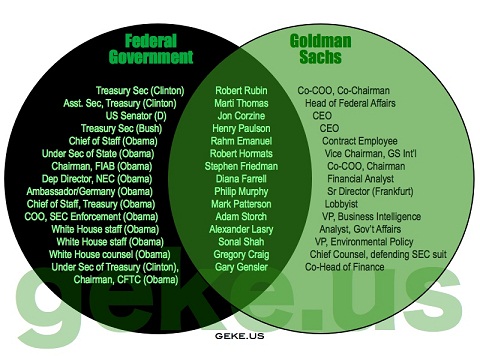 But, did you know that Goldman recognizes 40% of its employess as VICE PRESIDENTS?!

Now, I understand that different industries have different corporate structures, and even some inflated titles. Even if this is the case here, please tell me ANY type of org structure that makes sense (above and below) with 40% somewhere near the top (or even the middle).

It doesn't happen. It's not an org structure, at all. It's a 'Club', and the title 'VP' is simply the level of membership they've obtained!
edit on 8/9/2013 by SquirrelNutz because: (no reason given)

Nice post - we can see how 'representative' the democracy is

the Political Elite Class that exists - and, perpetuates itself - in Washington DC that is out of control, and cannot stand:

It is THE wealthiest community in the United States
[Daily Show interview with Author of "This Town", Mark Leibovich]


[Part II of that interview]

Originally posted by benrl
The system we have rewards the greedist SOB's for selling out the public interest.

You are correct. And to add what you have already said............We the people need to vote on these reforms, not our so called representatives.

posted on Aug, 9 2013 @ 08:00 PM
link
Outstanding post by the OP. Government in the US has been absorbed by corporate interests. The combination of state and corporate power is fascism in Mussolini's classic definition.

This has been going on behind the scenes for a long time but now Americans are seeing an increasing militarization of their way of life, so that the US is taking on the peripheral modalities of fascism, militarized police departments, drones, pervasive surveillance, a largely passive and controlled press, an aggressive military posture overseas and a coercive foreign policy.


You have hit the nail on the head.
As they say - follow the money trail.

What you have found is only tip of the iceberg.

There are a lot of payouts for doing banker's dirty work.

The money and accounts are hidden, and nobody will investigate as it is all part of the system.

Elysium might be one of the best movies - Sci-Fi or otherwise - I have seen in a long time.

Nevermind the political and socio-economic overtones, the story itself and presentation of this story (special effects, cinematogrophy, acting, ideas, etc) was simply incredible.

[borrowed from This ATS thread, currently in progress, but certainly applicable, here]

Congresswoman Eleanor Holmes Norton [D] left a voicemail for a lobbyist in which she brazenly begs for a "contribution." It's a not-so-subtle reminder of how legalized bribery is the standard operating procedure in Washington. Until money is taken out of politics, this kind of corruption will only get worse and worse: