Demons can be sexually transmitted, say three young exorcists, and when it happens, it can be a real menace. The girls, who hail from Phoenix, Arizona, are featured in a new documentary by film Vice.com. They travel all over the world, meeting with people who have been afflicted with what they say are sexually transmitted demons, and commanding those demons to leave the person alone. The ringleader, Brynn Larson, was raised by televangelist Bob Larson, who claims he recently cured a man of a homosexual curse and the demon inside him. The elder Larson believes that about 50% of the entire world’s population is possessed by demons.

The three girls shun all things related to “Harry Potter, witchcraft, violence, Twilight…horror movies, and sexual stuff.” When asked if they ever have guilty feelings about having to upset people, they say no, but they do get “angry at the Devil” for inflicting people with shame and hatred. Larson, especially, says that she becomes furious at Satan for what he has done to her exorcism clients. “I just get like… how dare Satan do that to them? And I just want to go after that demon and get him. It’s not guilt, because you’re helping them,” she says proudly.

Unrealised
+2 more
posted on Aug, 8 2013 @ 12:52 PM
link
This is nothing more than a religious marketing ploy, using sexuality in the form of three young ladies, no doubt.


It's so lame that it is laughable.

posted on Aug, 8 2013 @ 12:54 PM
link
Earth is a sex-fueled planet. Go ask any religion. ANY religion. It will agree. The only debate is what we do with that energy. I think these silly little Christians are onto something! (Well-meaning, but ignorant and gullible people tend to do that - they stumble onto something and they feel soooo strongly about it, and go on a crusade about it, but embarrass themselves in front of the sophisticated folk in the process. But still - their convictions - they're right. They're just immaturely formed.)

I guess it's better than being chased by the Inquisition but... wow.

If they ever start offering sexually transmitted exorcisms, their ratings would probably skyrocket, sadly. A person has to sink pretty far into this sort of ridiculousness before I'm ashamed on behalf of Christians but this is one of those cases.

So to you Christians out there: I know you aren't this stupid. You aren't really three girls with a reality show picking on epileptics.


I used to listen to Bob's radio show back in the 90's. I swear, that show was spookier than some of the worst c2c episodes-- doubly so if you happen to be a born again christian and believe in demons-- which was more or less me at that point in time. His novel wasn't half bad, either, but I digress....


I'll have to check this out. I love vice.

There's profit in there, somewhere!

posted on Aug, 8 2013 @ 01:11 PM
link
Any one else find it funny that the video ends with a shot of that girls butt? I wonder which STD is demonic, and how long will it take "BIG PHARM" to have a new and religiously exciting pill I can take to cure it?


Really though, when you have a Priest saying;


The Orthodox Church of the Ukraine feels differently however. The official stance of the Orthodox Church is that the exorcisms are not real. A priest interviewed for the documentary says “It’s a business that maybe brings some profit to them, like an advertisement.”

It makes the whole STD = Demon thing look like a sham.

I mean it's not like they're going to large cities, or areas where more educated people are at. They're touring through small mining towns in the Ukraine. You would think that this group of dolled up girls and their parents would travel to cities where this kind of thing might be relevant.


I wonder how long it will take for others to jump of this bandwagon?

Originally posted by Cuervo
reply to post by littled16


Instead of condoms you can call them condemns.


I didn't make it till the end, but the first thing I noticed was the butt shots. The one you're talking about at the end must be really blatant...

posted on Aug, 8 2013 @ 01:25 PM
link
We need a crack team to go out and remove the religiously transmitted diseases of these poor young women.

Yup, they can be a real drag. These days safer sex involves doing the rosary while having intercourse, taking several cold showers afterwards and smudging the hell out of ones bed, literally.


Instead of condoms you can call them condemns.

I definitely laughed out loud. Thank you.

You should watch the Vice.com clip. There's a couple of interesting items in there. (1) Bob Larson picks and chooses who he helps. There is a woman at the end of the clip that clearly needs help, but is kicked out of the event. (2) the girls are clearly used as a prop. (3) The women being excorsied are already broken women, who are being yelled and manhandled by large goons. Of course they're gonna break down.
edit on 8-8-2013 by ATSmediaPRO because: (no reason given)

Do people really believe this stuff?

So I have "Demon Seed"? Those demon proof condoms better be reinforced because my guys will be carrying pitchforks.

Originally posted by Cuervo
reply to post by littled16


That seriously made me laugh out loud!

posted on Aug, 8 2013 @ 01:43 PM
link
There should be some kind of law to stop evangelists and preachers which are after easy money by donations.. Its so sick and the victims are the people who goes to these meetings and donate, of course its not mandatory and they do it by their choice but they do that after being brainwashed... after masshysteria they start to believe these preachers are celestial and give to the preachers anything they are asking. Preachers feed peoples fears and they are not helping instead they do more damage.

posted on Aug, 8 2013 @ 01:43 PM
link
reply to post by ATSmediaPRO
I have a few books on mentalists and their art of performances, and nothing shown here looks like "the real deal", instead it looks like one of the scripted performances I've read about. Kind of sad that this group of people are preying on people who want help. It's like telling a blind person that they can see, but you'll only turn the lights on after you get paid.


After many years of Christians being stuck in the 50s, the new breed is very media savvy and using it to promote Christianity like so much toothpaste and soap. Cable is a huge platform for Christian based programming; And now moving into feature length films for a broader market than TV.

As a New Media producer/director working out of Tamalewood; I see Christian productions in both feature films and TV coming to Albuquerque frequently. They have the financing, script and motivation, all they need is the production team, crew and actors to bring their project to fruition. I recently worked on this one....

posted on Aug, 8 2013 @ 02:01 PM
link
Yeah, I grew up in the brainwashed USA, and asked a simple question like the image below to my family church, and got a response of "I don't know". Is Christianity considered a "Western" religion now? What are other religions considered the same way, the other major ones? All? 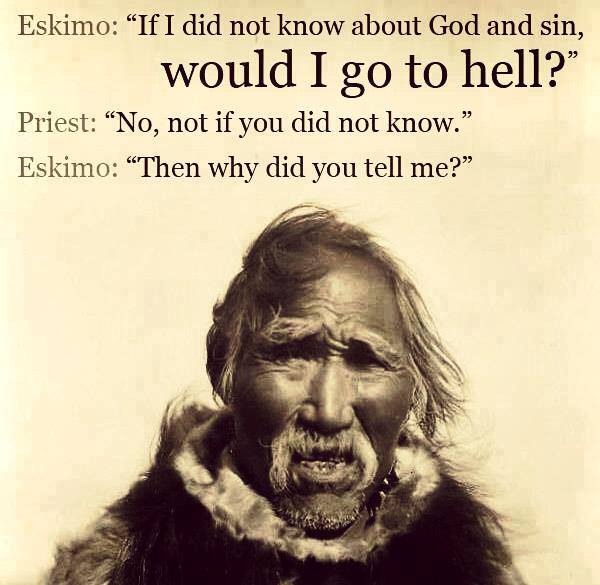