A dead shark has been discovered on the subway in New York City, transport officials have confirmed.

The unlikely passenger, about 1.2m (4ft) long, was found under a row of seats on a Queens-bound train.

The conductor asked passengers to leave the carriage and the train continued to the end of the line, where a supervisor disposed of the shark.

Pigeons and even an opossum have made their way on to the trains before, but never a shark, transit officials said.

However, where it came from remains a mystery.

I'll be honest, I can't come up with anything other than that.

Try and explain that one ATS!

PS: No fish puns allowed. There's a time and a plaice.

Shark get washed in during the floods. Cleaners do such a bad job that it is remains undiscovered for months. Suddenly it is found!

The shark was from a mutagenics experiment at that wacky place near NYC and escaped during the floods. That explains how it did not go off. It was designed to have a long shelf life. 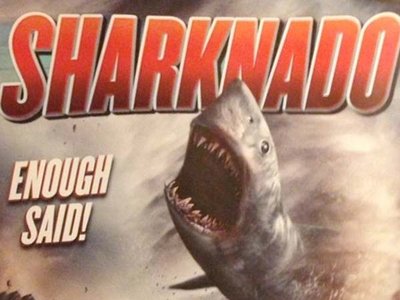 Probably this had something to do with it.


A cleaning crew found an unexpected mess after arriving at Sea Dog Brew Pub on Nantucket: a 5-foot-long shark blocking the door. Pub manager Jimmy Agnew says he doesn't know why anyone would have dumped the sea creature there. "That's some serious restaurant Mafia (expletive)," Agnew told The Nantucket Inquirer and Mirror. "So weird," he said. Read more: www.foxnews.com...

posted on Aug, 8 2013 @ 02:27 AM
link
Awe! Looks like a lemon shark. Poor baby prolly outgrew his fish bowl/toilet/bathtub or whatever, and the caretakers just dumped it on the train? Or there may be an Asian or fish market near and it fell out of someones bag?

posted on Aug, 8 2013 @ 03:06 AM
link
Someone was fishing off of one of the hundreds of NYC piers, caught a shark, brought the shark into the subway on their way home. From there it somehow fell off and got untied from the cart they were carrying their fish. Simple. Trust me, there's no way for a shark to get on any of the NYC platforms, let alone squirm its way into a train without someone bringing it there.
edit on 8-8-2013 by FidelityMusic because: (no reason given)

Originally posted by JJRichey
There was a smiliar incident in Nantucket a few days ago... shark was found on the doorstep of a local bar.

Yeah you just did that on purpose. I know it.

There once was a shark from nantucket... oh no I wont!

Maybe a case of viral Sharketing? Ohhhh no I wont... 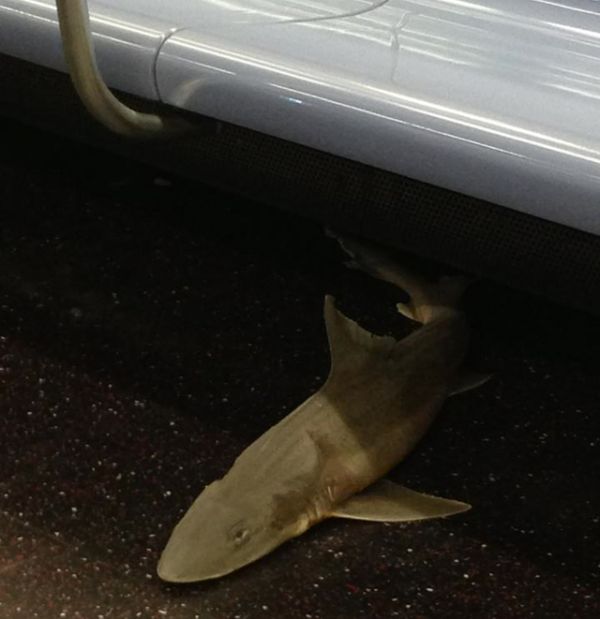 ^^ supposed real pic of said shark. To make up for mon absurd outbursts...

posted on Aug, 8 2013 @ 04:25 AM
link
was there not just a dead shark that showed upon someones doorstep recently?

Yep, 6 footer in Nantucket. Pics are all over the net....


Weird, why are large dead sharks showing up in strange places? 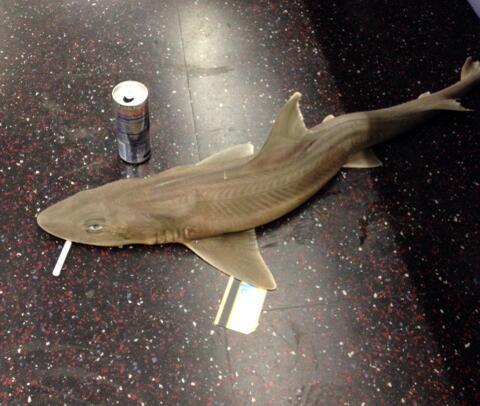 “Shark Week is all about conservation, so it deeply saddens us that someone would think that this was funny or in any way connected to our celebration of sharks.”

Apparently, there is something going on ...

A cleaning crew has found an unexpected mess after arriving at Sea Dog Brew Pub on Nantucket: a 5-foot-long shark blocking the door. 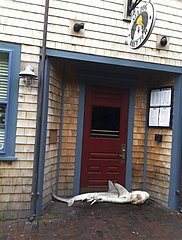 One suggested the shark went to Sea Dog "to meet his chums."

It would appear this is the work of some pranksters ...

Maybe a case of viral Sharketing? Ohhhh no I wont...


I've been waiting to see Snakenado!!!! Don't ask; nobody said it had to make any sense.

Just make sure not to tell any of scifi channels exec's. (obviously).


Mayor "Nanny" Bloomberg just made a statement that if we allow sharks on subway rains, the terrorist win.

Where was the TSA? Where was DHS? Where was a side dish of cole slaw and a nice wedge of lemon?

On a side note; I fin the posts, amusing.

The most likely answer that I thought of was already suggested the shark was someone's pet and it got too big, maybe they were trying to dump it somewhere. Or the idea that there might be an asian market nearby and it feel out of a shopping bag is good also I guess.

Of course, there's been some really strange animal behavior the last few years. Crows using items to slide down rooftops, Bears deciding to just walk off with the whole trash bin like it's a shopping cart for later rummaging. There been quite a few that kind of indicate that these animals have either been much more intelligent than we thought they were, or they are getting more intelligent (evoulution at work!!) Maybe the shark just wanted to explore his outer space?

Originally posted by SuperFrog
No matter how many times I told Ninja Turtles not to leave bodies behind, they don't listen...


2 is even more unusual, I'm gonna have to call prank on these.. shark week, people leaving dead sharks in random places, yeah.
Up for some zombies briles?

posted on Aug, 8 2013 @ 07:45 AM
link
Uh oh. Looks like one of the wallstreet bigwigs died on the train, and upon death morphed back into his original state.