Help! I wanna make a playlist of conspiracy-themed songs!

On January 20, 1969, Richard Nixon was inaugurated as President of the United States.
On January 23, 1969, Elvis Presley recorded 'Suspicious Minds'. 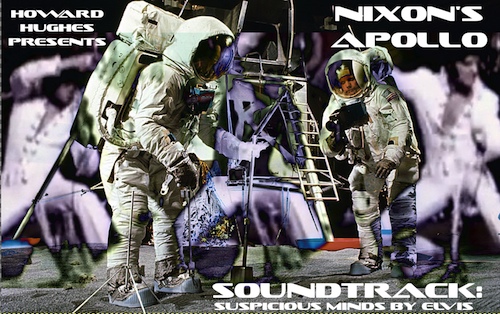 I think Presley's record perfectly summarized the political career of Richard Nixon in one song.


Please post any songs you might think are conspiracy-themed and a little blurb would be nice.
edit on 8/6/2013 by SayonaraJupiter because: fix link to Elvis video

Immortal Technique : cause of Death


And my Personal Favorite , more a speech then a actual song.


I like songs with a strong message , This one is also very powerful , the intro is very strong.


I like songs with a strong message , This one is also very powerful , the intro is very strong.

I know where you are coming from my friend. "The Psycho-Social, Chemical, Biological, and Electro-Magnetic Manipulation of Human Consciousness" is one of my favorite albums

posted on Aug, 6 2013 @ 09:30 PM
link
more than a feeling - boston .
i heard it on the grapevine -marvin gaye .
should have known better - jimmy diamond .
who put the bomp in the bomp - sawaddywaddy .
mysterious ways - u2 .
somebody should have told you -roger geresson .

thats enough i am not on commision here

Originally posted by geobro
more than a feeling - boston .


Originally posted by geobro
more than a feeling - boston .


the boston bombing ?? with added actors


KLF Justified Ancient + Tammy Wynette = Thanks for that one! I totally forgot about KLF. That song is bordering on aliens and disclosure/conspiracy topics and it deserves to be in the Top 20 for sure.

posted on Aug, 6 2013 @ 09:44 PM
link
I apologize I don't post much so I don't know how to actually add the song but I did not see it on the list, inwould have to say "no handlebars" by the Flobots
At first listen it sounds like your typical hip hop pop song but watch the music video and listen to the lyrics IMO it does a very good job depicting where most of us here on ATS feel America is heading and where it will ultimately end up.