Call it one giant leap for robot kind: A small talking robot launched into space aboard a Japanese cargo ship Saturday (Aug. 3) to keep astronauts company on the International Space Station.

Another milestone for space travel as a small robot named Kirobo was launched into space. I found to this be very awesome and hopefully will open the doors for more robots to be used in space travel. 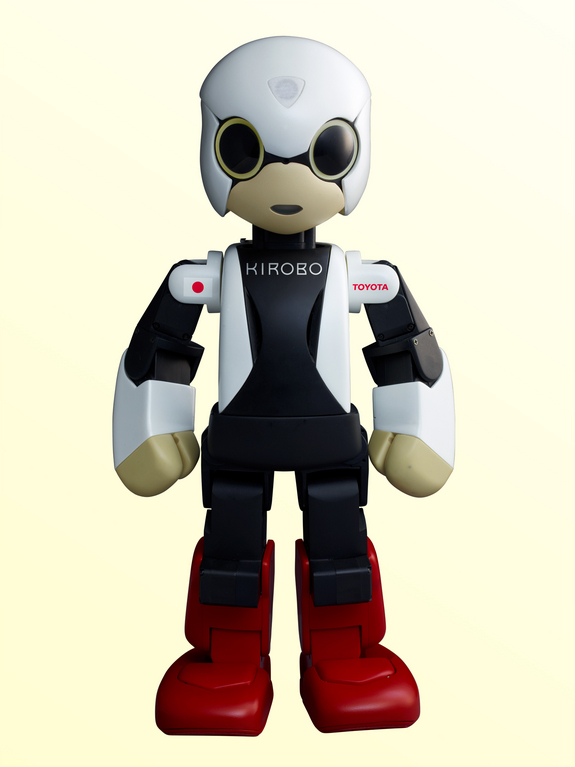 The Japan Aerospace Exploration Agency (JAXA) launched the humanoid Kirobo "robot astronaut" into orbit from the Tanegashima Space Center in southern Japan as part of nearly 3.5 tons of supplies and equipment to resupply the space station's six-person crew.

I know robotics has been apart of space travel for many years. However, I would love to see the day when robotic astronauts could substitute human astronauts and be able to reach places unable to humans because of our bodies limitations.

The Kirobo space robot is a diminutive mechanical person just 13 inches (34 centimeters) tall built to converse with astronauts on long space voyages. The robot, and its ground-based counterpart Mirata, are part of the Kibo Robot Project to develop new technologies to enhance human-robot interaction in space. Kirobo speaks Japanese and is expected to talk to JAXA astronaut Koichi Wakata when he arrives at the space station in November.

There is a lot of information about this project in the articles and the video. I hope you enjoy this good Sunday news.

Translation
Can it cook and serve beer?

Cukes don't get that big... so they might name its kind Zuccini bots


The robot, and its ground-based counterpart Mirata, are part of the Kibo Robot Project to develop new technologies to enhance human-robot interaction in space.

Basically the robots are design for human interaction in space and most likely to advance robotics programs for future space exploration. Humanoid robots being used for various purposes.

posted on Aug, 4 2013 @ 01:46 PM
link
The aesthetics of that thing aren't very pleasing,
it's like it came from a rejected Super Smash Brothers character model.

I suppose we have to start somewhere with Robots.

posted on Aug, 4 2013 @ 01:55 PM
link
watched it on the news .. its linked to another one on earth and only speaks Japanese for the astronaut going up in a few months? its the software that there excited about ..
i want 1 but in English

posted on Aug, 4 2013 @ 02:00 PM
link
it would appear that this robot will be rather useless. it only seems to speak Japanese. so just how many Japanese speaking people are up there? one that will arrive in 4 months? wouldn't having it speak the main language used or multiple languages have been a better idea?

and that seems to be it's only real function, to talk to ONE person, now how much did they spend to not only build the thing but to then launch it?

posted on Aug, 4 2013 @ 06:06 PM
link
It would be far better to spend their time and money developing robots which could work in harsh environments, not only space but help with the Fukushima disaster. Japanese nuclear companies and government have not only effectively killed themselves but also the planet, so it would be sensible to try to contribute to that mess they created in a positive way rather than this waste of effort. Totally sad and warped ideas of priorities in my opinion.
edit on 4 Aug 2013 by qmantoo because: (no reason given)


I'm optimistic about this project. I like the idea of humanoid robots being used in space exploration. Imagine more advanced and human look androids being used soon.

Also, I agree with you Japan needs to robotics on earth. With the meltdown at the nuclear power plant that did a lot of damage to the environment. We need to be able to safely avoid disasters and help clean up the planet.


None whatsoever.
And unlike the demonstration in the video, its voice recognition wont even work.
What most people forget is that the ISS is actually quite a noisy place. Lots of fans and other machines running. The voice recognition software will crap itself in that situation, and all the little toy will say is a lot of 分かりません.