Since the early '80s I've participated in BBS discussions, but they were usually local. I've typically avoided forum websites on the 'net since the mid to late '90s. I found that the climate of most forum-based 'conversations' is hostile, and people spend more time trying to find a way to debase and insult you and your thread than lending substance to it. But, I'm older now (and my skin is a bit thicker), and I've learned to take those types of things with a grain of salt.

My serious interest in UFOs and conspiracies was sparked in the late '80s when I worked with Robert (Bob) Dean in Tucson, AZ. He was a fount of information that tantalized my young adult mind. Subsequently, I was introduced to Bob's good friend, Wendelle Stevens, and found him to be a interesting man as well. I realize there is a lot of controversy over Bob & Wendelle, but I've found them to be reliable, passionate, and honest about what they experienced and had come to believe. Controversy over anyone who claims to 'know' seems to be a constant in this field.

At the time, I was just eating it all up. I had not developed the skepticism that is essential to objectively scrutinize the stories of UFO witnesses or conspiracy theories. After reading a lot of UFO material, I began to see patterns. I began to understand that authors like Brad Steiger and Ruth Montgomery are in business for themselves, truth or absolute craziness of what they're writing be damned.

I think the book that really led me to be more skeptical was the 1st edition of Above Top Secret, by Tim Good. Because he approached the subject analytically I finally saw that the sensationalist, mostly fantastic, reporting by a lot of authors was garbage without substance. I think I was rejecting the paranormal aspect of the phenomenon and embracing the physical. Of course, what most people experience seems to blend those two together. But, like the famous quote says, sufficiently advanced technology will be indistinguishable from magic. The most fantastic I was able to accept are the theories of physicist and author Jacques Vallee, and his ideas of dimensional travel.

I've had personal friends and co-workers confide in me their stories of UFO sightings. One co-worker was visibly upset about a sighting he had. I've seen one UFO myself, and it definitely did not look terrestrial. I remember Bob Dean telling me, "It appears that if you take an interest in them, they seem to take an interest in you". I haven't found this necessarily to be true, but it's an idea with merit.

In any event, I've been perusing the boards here for a while. I'm mostly a lurker, but chime in when I feel the necessity.

Synallaxis
edit on 30-7-2013 by Synallaxis because: Italics not allowed in thread title.

posted on Jul, 30 2013 @ 07:28 PM
link
Oh im so sorry your threads twenty six minutes long and has been overlooked. This does happen, it doesnt mean we re being rude, sometimes threads go under the radar. Anyway,
WELCOME.

posted on Jul, 30 2013 @ 08:21 PM
link
Mod, you must be reading please show up and say hello. Im not making a fuss about nothing, introduction threads are very rarely ingnored completely.

posted on Jul, 30 2013 @ 08:33 PM
link
Greetings. I hope to read some of your posts soon. It seems you've met some very interesting people. I like Mr. Dean, though while he shares what resonates as an experiencer, he also talks about how humanity is not ready for disclosure and sometimes it seems he has to say that, its something they make him say IMO. For this world needs to be freed from all the lies and bondage. Unbelievable planet with a huge gap in technology and wealth and knowledge.

Yes, if you go under the stars with the right intent and a good heart, the curtain can lift a bit. Its a part of seeking.

I'm more on the side of current events and news type threads, but I wonder into the UFO info from time to time.

Hope you enjoy the site, be careful it can be addictive! lol


Hi Synallaxis, and welcome to the Introductions Forum, a place to say hello to the ATS community. For now you can reply to any thread in any member forum you wish, as well as send & receive (PM's) Private Messages to Staff only for now.


Try our Ask ATS with the search words of your choice.
I'm sure you will find many threads to pick from and add your thoughts and opinions too as well.

You're my kind of people! Click my signature for more interesting UFO stories.


Welcome so glad you joined us
Have a welcome fruit basket 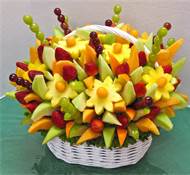