Is it against the law for us to create art in this surveillance state we live in?

Life is a painting and each person is a color. Whenever something happens and YOU get involved, YOU are adding something else to this movie called "life". YOU create an influence. When you are true to yourself, and you express yourself, you add another color to the painting to give even more variety. Some people may like it, some people may not. The beauty of life is in The Eye of The Beholder (just like a painting).

Originally posted by MagicWand67
reply to post by mikegrouchy

What is art to you?

To put it simply, art is a physical expression of a persons thoughts or feelings.

Art is everywhere and I would suggest that any man-made item is a form of art in one way or another.

The [color=gold] quality of a persons art is up to each individuals interpretation though. 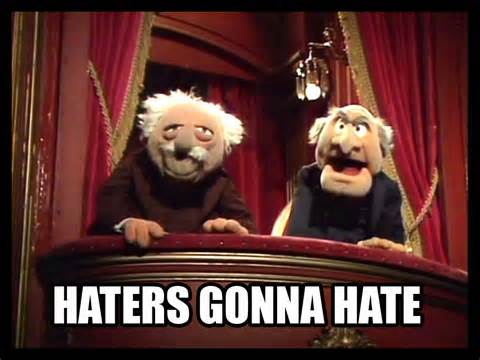 Does this mean that you are for,
or against,
professional critics? 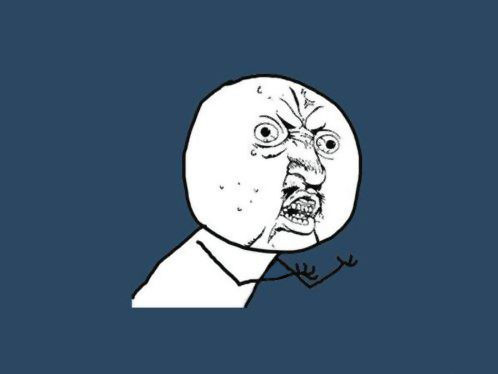 Originally posted by akushla99
I don't know about art...but I know what I like...

Life is a painting and each person is a color. Whenever something happens and YOU get involved, YOU are adding something else to this movie called "life". YOU create an influence. When you are true to yourself, and you express yourself, you add another color to the painting to give even more variety. Some people may like it, some people may not. The beauty of life is in The Eye of The Beholder (just like a painting). 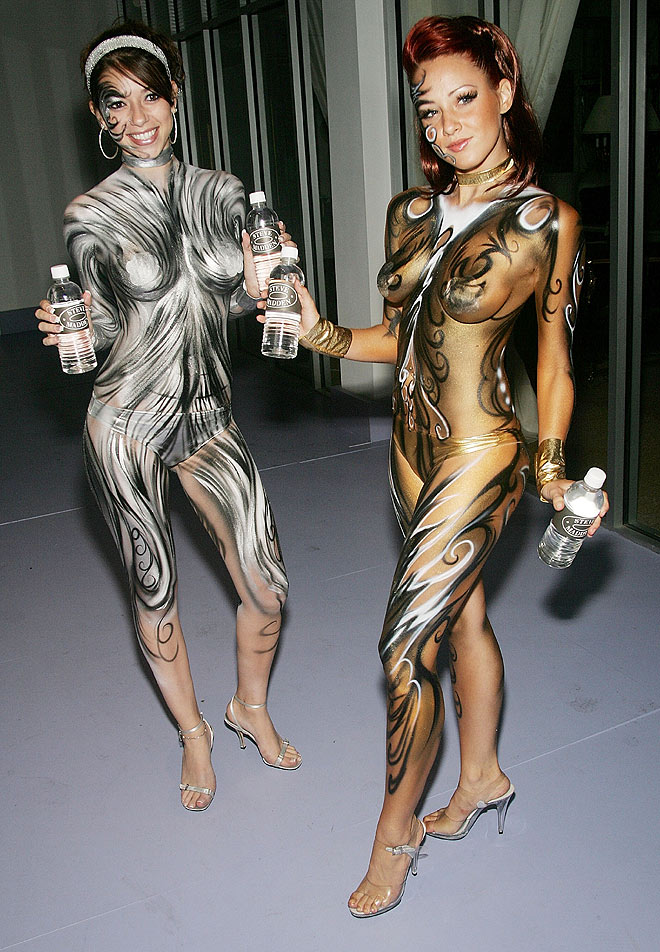 Originally posted by spartacus699
I like art. I use to draw a lot 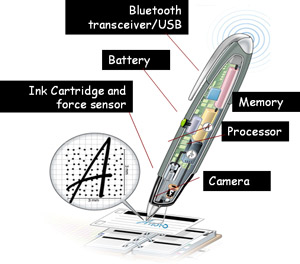 Could I recommend the digital pen?

It's an underdeveloped market,
that is on the upswing.

SALT LAKE CITY - A Utah graffiti artist was so proud of his work that he posted photos of it on Facebook. Police took note, sent him a friend request via a fake online profile, and ultimately, arrested him. 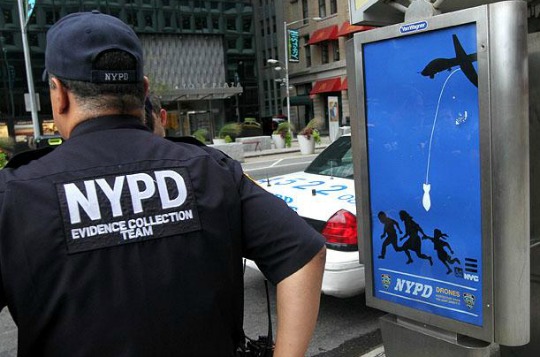 Authorities said Attia planted dozens of ads in display cases around the city between Sept. 14 and 16. Many of them even used his artist signature, “ESSAM.”...


So after the police got into his apartment,
they found ...


56 counts of criminal possession of a forged instrument, grand larceny possession of stolen property and weapons possession after allegedly having an unloaded .22-caliber revolver under his bed at his Manhattan apartment when he was arrested early Wednesday.

Does that mean that having
56 copies of your own art,
even if it's satire,
can be called a "forged instrument".

I mean he did cross the line
by putting the NYPD logo on them.


Either way,
art is serious business to government.

"Magic,
in it's earliest descriptions is art.
It is called The Art."


Here are list of things he has written that were turned into
Movies.

Art is
like magic
the science of manipulating symbols
or images
to achieve changes in consciousness.

The man is a genius
I tells ya!


Art is life.
Most see life as a puzzle that has to be solved and try to work it all out. So when they see art they try to work that out - humans have to define everything. They want meaning but art does not mean anything - that is the point. Art is to be seen and experienced - just like life.
The mind is a measuring device and it measures and compares.
Life is art.

It's hard to have real artists in a society such as ours that takes all its mystics and pumps them full of drugs and sticks them in insane asylums.

Been there done that got the t-shirt for Christmas, two years ago.

It was fun and an experience that I wouldn't trade in for the life of me. I even helped throw a New Years Eve party for the ward. It was almost but not quite like One Flew Over the Cuckoo's Nest!

Self admitted, I actually ran into the hospital asking "where is he?!" expecting none other than Jesus himself, like a big surprise with me on candid camera or something along those lines, it was trippy. After they man-handled me to the ground, cuffed me and placed me in a wheelchair, even still around every turn I would close my eyes and then on opening them expect the surprise of a lifetime.

Turns out the real surprise when it came, was that there was no surprise at all, except that I was performing a type of Great Work of my own as if I were performing a rite of passage through the mythical hero's journey. There was even an archetypal death and resurrection, and the re-emergence into a new life. It was wonderful, the staff and patients were nice and the food wasn't too bad.

I scared the living bejeezus out of the Catholic doctor who interviewed me on admission, when I looked her straight in the eye and informed her that "Babylon has fallen!", and that I KNEW she was Roman Catholic. She did not like me, at all, said I was a very very sick man, to which I told her that I was simply involved in a mythological hero's journey.

It WAS creepy though some aspects, including the set up of the ward, even to the pictures on the walls, slogans unto the smiley face (in the divided middle ) on the hospital socks they give you, turns out the hospital is Catholic inspired and that it has a weird corporate culture experienced not just by me but others as well, including perfectly sane and normal folks.

I wrestled the devil down in that ward. Some girl I'd never really talked to, a fellow patient came up to me and wholeheartedly thanked be for what I'd done, she said "thank you, for what you've done" - how did she know?

Go insane at some point in your life, I highly recommend it! It's good for the soul, the dark night of the soul, and with faith the size of but a tiny mustard seed, it's pretty easy to pass through it relatively unscathed and much much better off for the experience.

Not that you half to.

But it does seem like
the only form of legal art left these days.

Originally posted by rawheroine
Mike, I thought you were a great teacher til you posted the T&A!
I really liked the lines about the redwood, though. 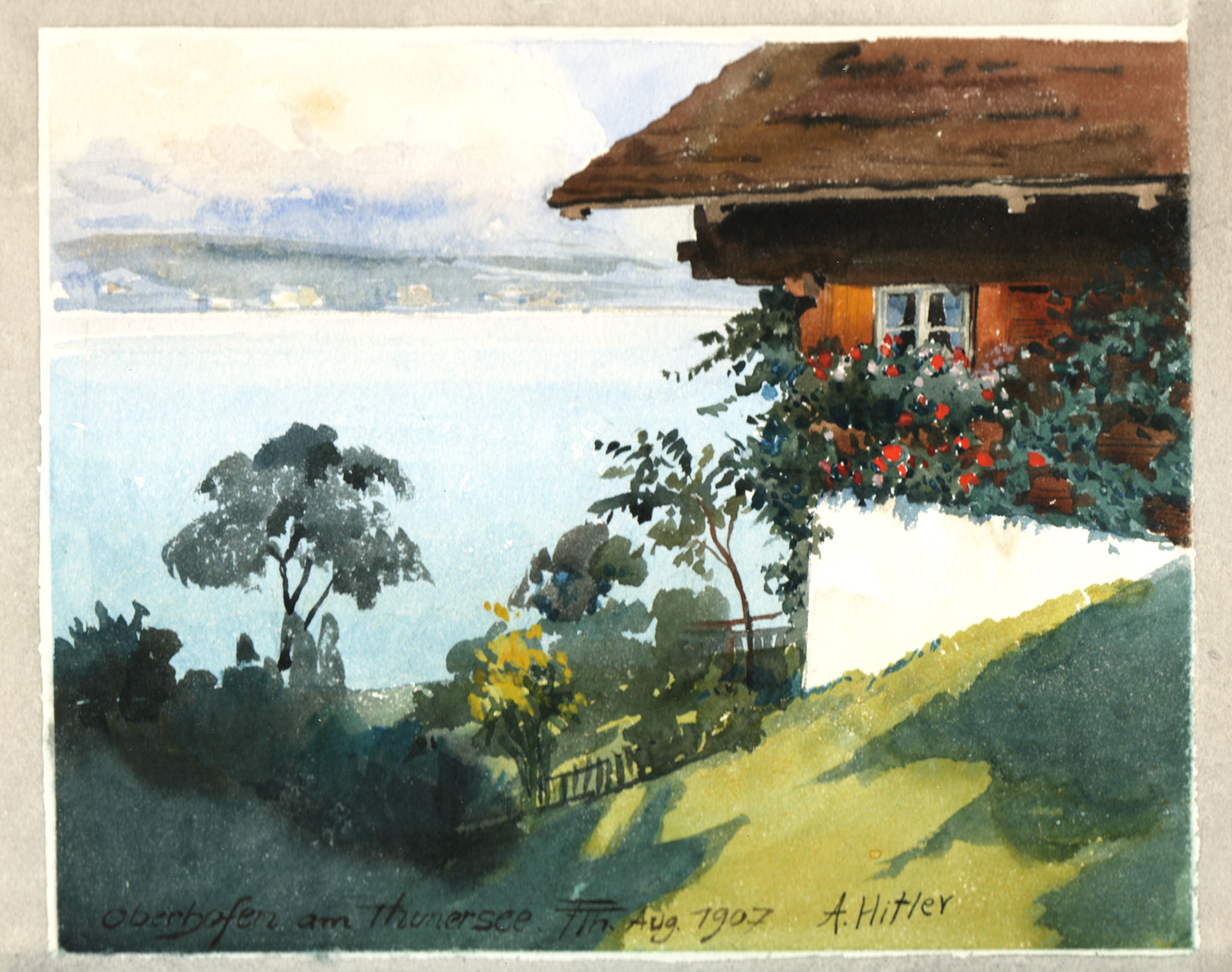 
Yeah, I'd take a nice Hitler landscape painting over painted breasts on poor brainwashed girls. Or at least balance it out with something for the straight ladies, like....this.....(?)


Yeah, I'd take a nice Hitler landscape painting over painted breasts on poor brainwashed girls. Or at least balance it out with something for the straight ladies, like....this.....(?) 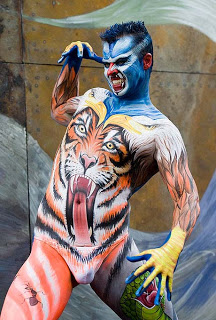 The lions tongue it makes an optical illusion...

Well if that's what works for you.

Turnabout is fair play, after all.

Originally posted by mikegrouchy
Just like that redwood tree,
this tree was waiting for someone,
anyone,
to make its story into a piece of art,
or a piece of art about it,
so that it would be cherished and it's life preserved.


What you wrote here really stuck with me, I came back and read it a few times more! I feel conflicted about this the more I think about it and apply it to my own experiences, though. Does "giving" someone (or something) a storyline increase its value, or does it degrade it? If a human's life is manipulated by outside forces, say, "God", is that beautiful or horrific? If it's artfully done, replete with puns, archetypes, style, deeper meaning, jokes, personal touches - what is that? High art or just higher quality consumerism? I feel we're in a post-post-modern era now where everything has been degraded and used so much, the only art that's left is in daily life, the art of living. Cramming art/advertisements/tags/references/jokes into every available crevice.

I'm thinking of this one quote from Sirens of Titan by Kurt Vonnegut that really sticks in my craw:
"The worst thing that could possibly happen to anybody would be to not be used for anything by anybody. Thank you for using me, even though I didn't want to be used by anybody."
I think what gets me about that is his use of "use" (if you'll pardon my Bill Clinton-ism.) Are human beings, and animals and plants for that matter, alive in order to be "used" by someone with a supposedly higher vision? Is that redwood beautiful when it's alive and serving its living purpose? Or is it more beautiful when it's harvested and cut, filed, sanded, honed into something else by an artist with a vision? Is the redwood entitled to a natural life as it was born, or is its godliness and art in the potential of its matter?