That's pretty warm isn't it? I don't know where you are, but if you can't see any weather anomalies, I don't have much else to say. 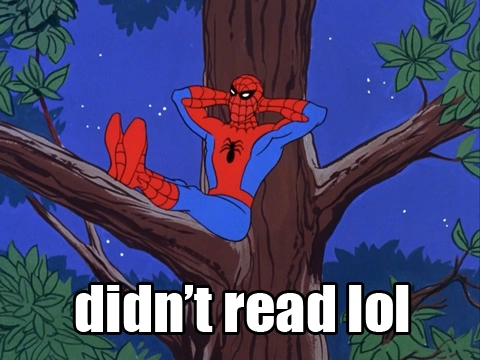 Pretty typical herebouts.
Nicer than last year if anything.

Originally posted by NarcolepticBuddha
The hype is over. No one is going to get roped into this again (gosh, I hope not!) You just can't build that much tension again in so many people.

The Mayans had their chance, sorry.

Even if it is up and coming, I don't think anybody will care or spend time worrying about it again.

I found the mental itch quite easy to soothe!

I agree with this poster. Saying, "I have no concrete, or even loose evidence to support the fact that THIS year is the actual end date...but I feel it is" just isn't going to cut it anymore, even on the internet.

I do think we are living in interesting times though. Even the internet itself is one of the greatest inventions of mankind. Our whole species has been, and will continue to be affected by the internet in ways we haven't even begun to tap into yet.


Who knows what this world holds? Regardless, I think attaching dates to end time ideas is pointless. Much more important we realize the value of this moment instead, and try to be as aware as possible as to what is happening in our lifetime, in this moment.


Religion is evidence of the end days.

the error was the delusion that " something was going to happen "


What history guides your spiritual logic? It starts with a story, then it's hypnotic
Then any myth that comes along, you just adopted it
Why? Because your culture, you forgot it December 2012, let's continue this topic
Turn the page, the present world age
Began 3114 BC
According to the Mayan calendar, this age concludes December 21st 2012 AD
This 5125 years cycle of calm is one world age
Nothing changes overnight, it's all a process
A transition, it happens over many days
In the Mayan calculation a K'in, is one day
The Mayan Winal, that's 20 days
The Tun is 360 days
A K'atun is 7200 days
The B'ak'tun is 144,000 days
And they applied that to the Milky Way
In the cycles they saw the sun
Moving across the Milky Way's equator
Lining up with other galactic neighbors
We've been shifting for 30 years it seems
From 1980 to about 2016
The shift is now, it's occurring now
But if you're learning from the movies you won't know how to survive
Or stay alive after the storm Cause after that a new world order is born


Well, I suggest you go right ahead and consider that itch scratched. Nothing will happen as usual.

I have a very hard time putting any credence into the ramblings of an ancient civilization that didn't have the wherewithal to ensure its own survival, not to mention the additional ramblings of outsiders who've found a calendar and are bewitched by the fact that it ends.


How old are you? I don't think anyone takes you seriously. I know i don't.

Help, or get off. Your choice.


Are you going for ATSs biggest troll award?


How old I am is of no concern to you, your thread topic or your mental itches,

You don't think period, you should try it at once in a while


The only thing I can't stop thinking about is... Remember how 2001 was really the start of the new millennium, not 2000? And if this is correct,

Why don't you you help the readers of your thread and remind us or just me because I cannot remember how 2001 was really the start of the new millennium or what you mean by this.


My sources can actually read the ancient Mayan writings and have been working in the field for decades. Your sources misconstrue what my sources say because they have no background in the field and then add in things with absolutely no evidence because they know it will sell books.


Statements without support are considered weak statements, and given that truism, yours is certainly.


Comet's are anything but a dirty snowball. Dirty snowballs don't have a coma the size of planets.


So how many times are you going to post to this thread without saying anything really at all, but just an attempt to steer the weak minded back into their daze that all is fine?

How many threads are you going to make without supporting your statements in a lame attempt to steer the week minded into your fear mongering the world is ending crap?

Do you think your unsupported and copied ideas from other dooms day pushers will do any good to any human other than instill doubt and fear?

Look in the mirror,

You say you have prepared, for what to pass on your irrational fears of the world ending in a public forum?

If you believe this to be true and are prepared why not start a thread not telling the readers were doomed but instead show us your preparations, give solution to fix the problems.

Responsibility seems to elude you if you believe this because all have done is blamed the TPTB.

A little like "the devil made do it" excuse.

Funny how you attack others intelligence and vision.

Originally posted by CircleOfDust
reply to post by Phage

What do you see?


would it be similar to the lyrics of this song

Originally posted by CircleOfDust
But I haven't got anything substantial yet to back it up, although I've been trying for a few weeks now.

And now we have Comet Ison too. So many legends and stories tell of a comet heralding the end, as I'm sure you all already know.

I suggest you look up short period comets

Looking at that the world should end every 3.3 years many have an orbit of well under 10 years.

Originally posted by bekod
reply to post by CircleOfDust
I agree with you but there is clue "in the year 1999 and 7 months, at 45 Degs the sky will burn : Nostradamus" we all know the WTC was hit on 911 2001 2 years and 2 months off this is how many days we are off to the real time in life not my mans dates but of celestial time, It is written in the stars.
If we are to look at this as the real time line then today's year is 2011 and the month is may.

AS with before there is no end , but a new beginning , a new way of thinking, knowledge, and how we will look at all things. The old ways will come to an end. 2+2 will still be 4, it is how we treat each other that will change, The Powers the be will come to an end, for their system will fail them.

Well, to be precise, Nostradamus did use the word "sept", which while it translates to seven, it could just as well be indicating sept-ember, and this is more likely for a couple of reasons. Nostradamus often used parts of words, not always in his own language, throughout his quattrains. Secondly, September was once the seventh month. It's easy to see the confusion.

It's not terribly improbable that at some point in the last 500 years or so, the western calendar date skipped two years (or perhaps some other number, but two years as suggested by the Nostradamus dating). Seeing as how we are talking about from the dark ages until now, I don't think it is that much of leap to suggest it could have happened.


I wouldn't count on the internet lasting much longer.

Sir Issac Newton believed that the world would end around 2060...

So whats this all mean?
Just that I'm bored.


Conquistadors took all mayan knowledge, and later the Vatican tortured mayan priests to translate their writings, which they kept and is NOT available to the public. That should tell you something.