posted on Jul, 30 2013 @ 10:05 AM
link
Well now that this is out, I feel that the conduct here amounts to a complete forfeiture of any and all authority by ALL officers in that department. They're now just the most well-equipped street gang in the city. I look for Detroit to be the spark that ignites the civil war we're all anticipating.

The St. Clair Shores police sergeant accused of robbing two men last week claims he sought out the pair to get what he believed they had taken from his daughter — $500 and her cellphone — according to a police source with knowledge of the investigation.


“It’s alleged they stole money and a cellphone,” Detroit Police Chief James Craig said on Monday during a press conference on the sergeants’ actions.

Still vigilante justice, still wrong, still needs to be prosecuted... but not quite as outrageous as just some rogue cops randomly robbing motorists. It's just as wrong when so-called news organizations try to make this into something it is not.

Originally posted by Urantia1111
reply to post by TheRedneck


Could be.
It really doesn't look good when your cops are out robbing the populace, does it?


Originally posted by Urantia1111
reply to post by TheRedneck

Could be.
It really doesn't look good when your cops are out robbing the populace, does it?

Depends. People seem to love it when the cops are robbing on behalf of the municipality.

Maybe it's like taxes. People hate it when an individual profits but when government profits they all celebrate.


It does not. We only give the police the authority to carry guns and stop citizens on the guarantee that said authority will only be used in accordance with the law. Once its been established that they're just assaulting and robbing people from their personal vehicles, authority revoked.

That innamed source better be right. This has the potential to blow up into another media circus, and the statements are out there now.

Again, I'm not saying this makes it right. Even if the guys robbed were holding money that belonged to the daughter, and even if they were positively ID'd, it is still vigilante justice, still wrong, and the cops should at the very least be fired for their actions... prosecuted like any other citizen would be far preferable IMO.

My only complaint is that this incident is being falsely reported in a way to make it seem like every cop on the street is looking for someone to rob. While I don't doubt some are, I definitely doubt all are. This type of irresponsible reporting is just as big a problem as two cops going vigilante.

Godspeed to ya. jerk I hope you get what you desirve and a little more.

Perhaps some of those cases where "fake cops" had molested female drivers in the past need to be reinvestigated.

Good INVESTAGATIVE JOURNALISM,,,,worthy of a news team award , i say.

well done.
Now if other Journalist's at higher level's,,

ohh and too all of the people who think, Robin Hoods justification,,,u know it might have been payoffs,, ohh wait if its a payoff,, why phone the complaint Dept.?
nope extortion.

One has to blame the media then for how this story was presented. But wait until Detroit cops quit getting paid and see what happens......


"One has to blame the media then for how this story was presented. " fake cops are not that hard too do.
I remember the serial killer,,,in the 70's. yup dressed like a cop.

But real cops extorting money,, are worse,,,makes everyone look like thieves.

Nice one!
It would be even better if they were shredding the US Constitution.

posted on Jul, 30 2013 @ 11:53 AM
link
reply to post by butcherguy
Do we need a "constitution" to conduct our lives, in a civil manner; with courtesy and respect for each other? Think about this, do "professionals" need a referee? Yes! because people cheat. NO INTEGRITY! These "professionals" know the "rules"? Yet, they need a mediator to watch over the rules, as they "play". Mediators that have been known to decide the outcome of the game.

We're all being played like pieces on a board.

Originally posted by WonderBoi
reply to post by butcherguy
Do we need a "constitution" to conduct our lives, in a civil manner; with courtesy and respect for each other? Think about this, do "professionals" need a referee? Yes! because people cheat. NO INTEGRITY! These "professionals" know the "rules"? Yet, they need a mediator to watch over the rules, as they "play". Mediators that have been known to decide the outcome of the game.

We're all being played like pieces on a board.

Indeed.
The Constitution isn't there to set rules for the citizens, it is there to keep the government in its place. To keep them from cheating.
That is one problem, we have an arm of the the federal government that gets to play referee when there is a Constitutional question.

Originally posted by CosmicCitizen
Detroit then police often become thugs and prey on the people. This is now beginning to happen in Detroit. After several reports of "fake" cops robbing people in cars at gun point the Detroit PD arrested recognized one of their own (a sergeant) and he was arrested.


I swear to God, A switch happened some time around 1995.. the psych evals started looking for a different kind of Cop..

I say many things negative about cops.. this is why.. after that year, it seems many departments/orgs started getting about 75% of the new guys were of a bad moral character..
the nice, clean cut guys were wolves in sheeps clothing..people that grew up with them knew they were just bad people that never got caught at anything they did!

and I recall a couple guys from HS who I had conversations with while bored in a class (this happened a lot in the public Fool system I went thru).. the whole idea for thinking it would be cool to become a cop was "all the stuff we can get" ..huh? "yeah like, when we bust people that are big time dealers, we take part of what we want"..

you see, the TV programming (psychological that is) implanted things in people's heads. Now, the people who used to become cops out of honor won't.... and the few people that do who are good, are surrounded by truly bad apples, and can't see the big picture..

this is the plan... put the people in authority with the right skills... thuggery and barbarism!!

that is what TYRANNY requires

Originally posted by grey580
reply to post by CosmicCitizen


That's how Robin Hood did it.
Took from the rich and gave to the poor.


The linked article did not say they were giving anything to the poor. But yeah, Robin Hood is my hero. 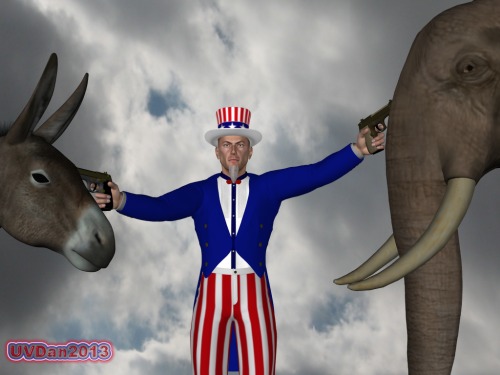 Stop voting for these liars, thieves, and con men. I have.


remember when Castro emptied his prisons,, and of course u had too hire Cuban Officers,, just too get a handle.
The came Madatory hiring,,yaaaaa that worked well,,,