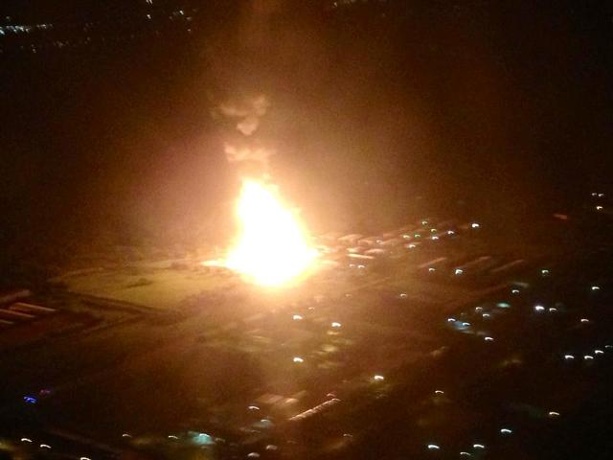 really no other info on injuries or deaths, but it sure looks like a big explosion

ok just saw this tweet
RT @realtimwilliams: #BREAKING: Fire officials in Lake County, FL confirm multiple injuries after explosion at gas plant
edit on 29-7-2013 by goou111 because: (no reason given) 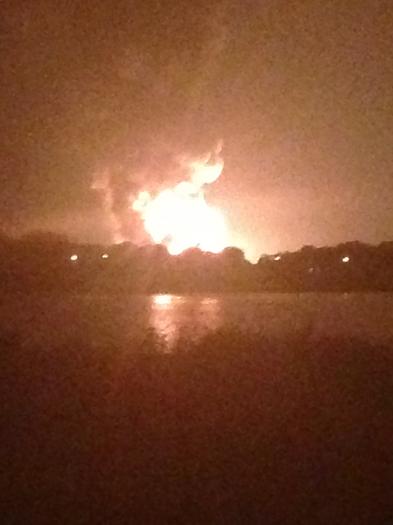 A large series of explosions has rocked a gas plant in Lake County, causing multiple injuries and forcing the evacuations of residents up to several miles away, authorities said.

"I heard a loud bomb sounds," said Lisa Garner, 43, who lives in Lakeside, a Tavares subdivision near County Roads 461 and 448. "I thought somebody ran into my house."

Trying to do the same as they did in Texas at the fertilizer plant ? 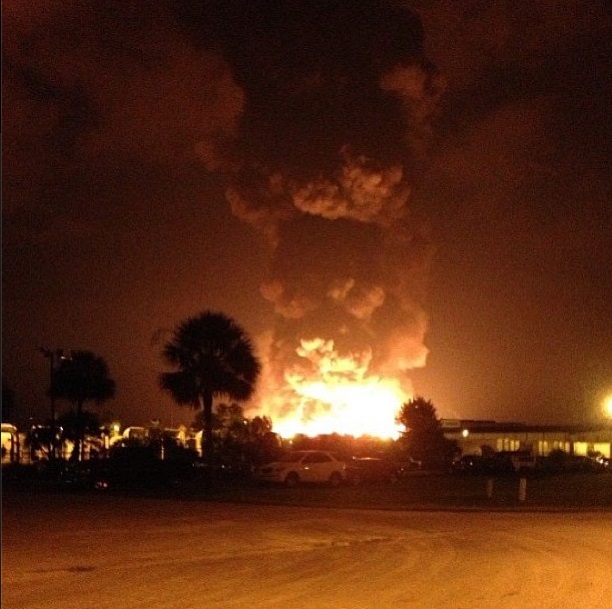 
A large series of explosions has rocked a gas plant in Lake County, causing multiple deaths and injuries and forcing the evacuations of residents at least a mile away, authorities said.

A night shift crew was working, and many people are thought to have been killed, said Lt. John Herrell, a Lake County Sheriff's Office spokesman. "There's going to be a lot," Herrell said.

The explosions began a little before 11 p.m. at Blue Rhino, a propane-tank business at 300 C.R. Road 448, and lasted for more than half an hour.


Yes, it does. I wonder if it is possible this was a bad accident. There are ways to cause a bad propane explosion.

I've only been listening for a few minutes. Sorry if it's the wrong link.

(Lake County Fire-Rescue and EMS Live Audio Feed)
edit on 29-7-2013 by playernumber13 because: (no reason given)


It probably was a bad accident - a lot of these seem to be happening lately, though. My concern is that the "work ethic" round the world along with the poor education of workers is leaving us more exposed to this type of incident than the "terror attacks" that we're pushed to focus on being afraid of.

Quite frankly, we're way more likely to kill ourselves!


I agree with you. A lot of workers can make mistakes or whatever. There is a lot that can happen and I feel it is a bad accident.

posted on Jul, 29 2013 @ 11:36 PM
link
Watching it live on the local news. There are a set of larger gas tanks about 20 meters away that are very vulnerable. This could get much worse before it gets better

Twenty-four people were working the night shift, and 10 people are unaccounted for, Tavares City Administrator John Drury said. The number of injured was not immediately known

Praying for those affected.

Hopefully they can get this under control before it gets any worse.
edit on 30-7-2013 by 3NL1GHT3N3D1 because: (no reason given)

Additional explosions are sporadically occurring as individual cylinders blow up due to heat from the fire, sending shrapnel flying. The facility is believed to hold some 30,000 tanks in total.

Another section of the plant is also on fire.

Firefighters say it is currently unsafe for them to approach the site.


Enormous explosions were continuing at 12:30 a.m. ET Tuesday, more than an hour and a half after the first blasts were reported.

Don Ingram, former plant production supervisor at the plant, said his son felt one of the explosions in their home 6 miles away.

Ingram told WESH that the back area of the plant is "lined with propane tanks stacked four or five high on plastic pallets."

Originally posted by AthiestJesus
They evacuate the area right ? ......... how long for ? ..... long enough to bug the tish out of the surrounding homes ?

Sources say they have been evacuated within a mile of the site. How long? I'd hope until it dies down and missing people are located, hopefully they are found safe. Sending my regards.
edit on 30-7-2013 by dreamingawake because: (no reason given)

It looks like it's dying out so hopefully the worse is over. 15 people are unaccounted.

Tavares City Administrator John Drury told the newspaper 10 of 24 people working at the plant have not been accounted for after the blasts.


Found this on Fox News site.
I pray for employees and families and for the 1st responders.