Two passenger trains collided in Switzerland early Monday evening, leaving dozens injured. Local media reported that 44 people are among the wounded, four of whom are in serious condition. Train services in the area have been halted.

The crash happened near Lausanne, in the western French-speaking region of the country, around a hundred meters from a station heading towards the city, according to local commuter newspaper “20 minutes.”

You would think with the latest major train disasters that companies would be tightening safety procedures and such.

The whole world has turned it eyes onto railroads worldwide. I am unable to recall within my lifetime a similar moment when so many incidents were occurring..

rt.com
(visit the link for the full news article) 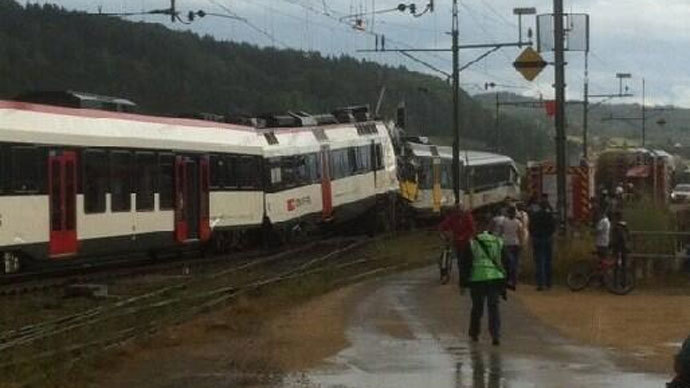 This ain't ffng normal, but here come the nay sayers, that its all perfectly normal, because of statistics.

It is my believe these are real terrorist attacks by al"CIA'da cell's. I think they don't want to make this public out of fear that there would come clashes between normal Muslims and us western people.
But these are attacks.

The accident occurred near Lausanne, in the western French-speaking region of the country. The train crashed approximately 100 meters away from a rail station, as it headed towards the city, according to local commuter newspaper 20 Minutes.

Again, right before arriving at the train station. And as I said in the thread from the Spain accident, more will follow this year. I was right.

The whole world has turned it eyes onto railroads worldwide. I am unable to recall within my lifetime a similar moment when so many incidents were occurring..

...and Buses. I'm sure it's probably just coincidental, but regardless, it doesn't seem like a good time to be traveling.

Good news that apparently there were no casualties in this one. I didn't notice any mention of speed in that article, but I'm guessing that neither of them were moving very fast. "

"100 meters away from a rail station"
One had probably just left the station, while the other was probably slowing down to stop there.

Whats going on, another train incident?

That was my first thought!

What is going on? This is more than a coincidence. The freight train in Canada, the one in France, now this disaster. All in less than what a couple weeks? There are probably more that I'm forgetting.

I think something very suspicious is happening. I don't think I would be getting on a train any time soon.

It is my believe these are real terrorist attacks by al"CIA'da cell's.

Based on what exactly?

So out of all the countries in the world they choose...Switzerland?

You honestly think these countries suffering these train crashes would keep silent if they were terrorist attacks? The media would be screaming from the rooftops and the government would be devising more ways to erode our freedom.

Sometimes a cigar is just a cigar.

It is my believe these are real terrorist attacks by al"CIA'da cell's. I think they don't want to make this public out of fear that there would come clashes between normal Muslims and us western people.
But these are attacks.


If that were true, then they really suck at what they're doing, and probably failing to reach their desired end result.

You honestly believe that this was an attack, which caused a head on collision between 2 passenger trains, and which resulted in 0 casualties?


Well, yeah, just because the way the MSM media is acting I truly believe these are in fact really terrorist attacks.
These past accidents not one reported ever even dared to take the notion there might be fauwl play. Not once; I'm sorry but that's not very msm media like.

Its because I honestly believe they have no clue who's doing the attacks, or for what purpose.

Lets say they make a public announcement on TV stating these are indeed terrorist attacks, but they don't know who is behind it. Then what?

How do you honestly think the people would react? ( i'm sorry but this isn't America, our government just wants our money, not to bring fear in our hearts )

At this point there is already to much unfounded hate towards the Muslims. People would suspect its them bad Muslims and they would be attacked on the streets.

That's why I really believe its a real enemy.

But then again; I might be so far from the truth.

posted on Jul, 29 2013 @ 01:32 PM
link
Someone is doing this on purpose and its outrageous that people don't pound the pavement to their elected minioin employee representatives offices and homes if necessary and make it stop.


You know, I started thinking along those lines to, but then one area would be more affected then the other no?

Originally posted by Starwise
This makes it the third train wreck? Canada, Spain now this? Everything in three's they say......Now waiting for the next airplane mishap....

I'm pretty sure it's the fifth. There was two in Canada, one in France, one in Spain, now this one.

Ofcourse, it's all just a coincidence, isn't it? 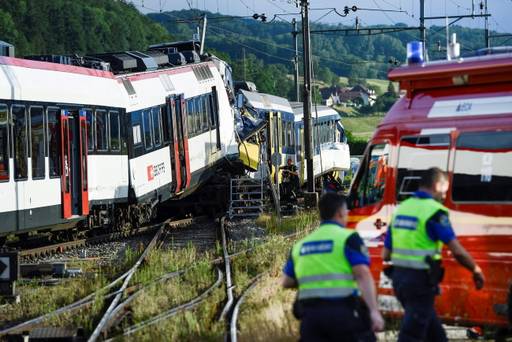 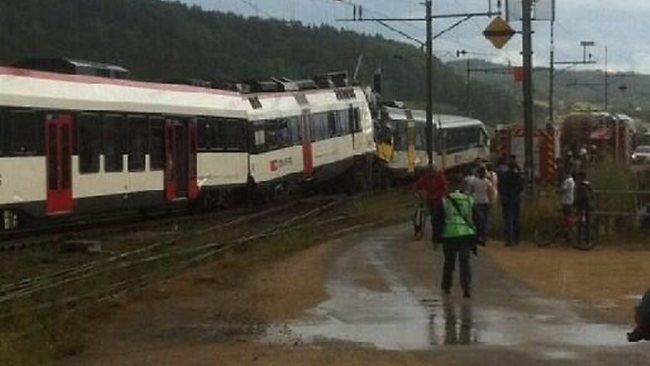 
The tracks weren't misaligned in Spain, I watched the video of the driver doing 120mph around a 50mph turn.

Ha sure, that why the train was designed that It's able to takes those turns at 200km/h.

But heck, if people still think this is perfectly normal then my my where in for a ride.
@OratoryHeist: Yup; Big chemical train crashed in a town here, alot like that accident in Quebec?
edit on 29-7-2013 by Senduko because: (no reason given)

Originally posted by Carreau
reply to post by misskat1


The tracks weren't misaligned in Spain, I watched the video of the driver doing 120mph around a 50mph turn.


That is correct and he has recently been detained and I believe formally charged.

In this instance, it sounds like a signalling error, as both trains ended up on the same track.