posted on Jul, 28 2013 @ 09:48 PM
link
I was thinking about something the other day. It dawned on me that wouldn't you think there are actually some real super hero suits out there?

The super hero suit is a suit you'd put on which covers your whole body. Possibly something you simply zip up, almost like a snowmobile suit. But the suit would give the user a variety of special abilities. That might include:

1) invisibility
2) body armor like a force field capable of stopping any bullet and more
3) flight (maybe even teleportation)
4) ability to read thoughts, and communicate telepathically
5) x ray vision plus remote viewing
6) and a variety of specialized weapons, anything for a stun to a long distance kill, lie detectors, read thoughts, thought control of others, more more and even more options.

These suits have been distributed amoung super elite soldiers, even more elite than Navy seals. More like the MIB on stariods. And they use these suits to ensure that they can get to anyone at anytime, anyplace, anywhere.

So if a rouge leader tries to go off grid and do his own thing, they send in soldiers wearing these suits. They get to the leader and let them know that they can't hide anywhere and must do what they're told by tptb, or be killed. Often soldiers using these suits have been mistaken for UFO's, aliens, ghosts and more.

But they've been used for years already to do a lot of dirty work and keep any lose ends tied up. and ensure all world leaders and pulling the NWO party line.

So do you think such a suit or group of elite GIJoe soldiers exists?

posted on Jul, 28 2013 @ 10:34 PM
link
I'd think super hero suits would be more practical among the common soldiers that get killed, blown up, maimed, and injured more often.

Sure there's that video circulating about with the supposedly invisible soldier responding to a tank getting an IED, but, it's all really only speculation.

If, there are, however, practical invisibility suits, or other such, it's not too far long before some civilian elements like Yakuza Ninjas, Mafia Hitmen, and other sorts have these toys.

posted on Jul, 31 2013 @ 09:29 AM
link
I reckon there are more advanced combat suits being used by special forces. But only a select few on very select missions.

I don't mean suits such as the ones you mention, but just more technically proficient for soldiers to use. I'm talking integrated comms, nav etc. Super flexible materials that are stupidly strong.

For example .... Batman is not a super hero. Super Man is.

The invisibility cloak , along with all the wires and stuff would .A. weigh you down - and .B. break instantly in a fight.

As for the bullet proof force field .... the magnetism would kill you as soon as you switched it on .

Unless this thing was the size of a mechwarrior and solar powered you would need a big ass backpack for all those batteries .

" Graveyards are full of heroes "


Nope - soldiers are cannon fodder no matter how elite they are.

Handing a person so much power would be the downfall of TPTB when their dog breaks its leash. They are smarter than that.

These suits have been distributed amoung super elite soldiers.

Who in their right minds would dare go anywhere near the dreaded and feared POWER RANGERS. 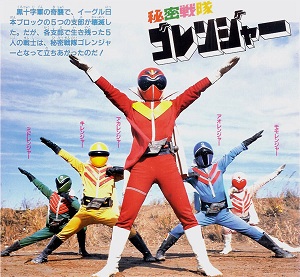 The glare from their perfectly clean suits makes everyone look away, thus giving them instant invisibility.

posted on Aug, 1 2013 @ 01:33 AM
link
Well just think about it, a suite like this could allow the owners to get to most anyone at anytime anyplace anywhere. You wouldn't need spys or jackles anymore. all you need would be a few of these suits and the owners could go do almost anything.