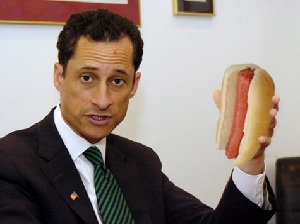 #1) The Weiner Freedom Initiative - Based on the idea that weiners have been locked up and zipped up -- i.e. "incarcerated" -- for generations, the Weiner Freedom Initiative would grant weiners citizen status, allowing them to obtain New York driver's licenses and vote in political erections.
#2 The Big Brother Weiner Sex Surveillance Act - This special law allows the Mayor of New York to surveil, in real time, anyone engaged in sex acts, anywhere throughout the city. It's all part of protecting New Yorkers from terrorists, of course! (Hat tip to Anthony Gucciardi for this completely inappropriate suggestion...)
#3 The Pension-To-Penis Rehabilitation Act - This very important law will confiscate all police and firefighter pension funds and redirect them to the purchase of a 10-year supply of Viagra for all men over the age of 40... who just happen to be police and firefighters. So instead of retirement funds, they will receive boner meds. HECK YEAH!
#4) The Child Sexting Protection Act - this act is designed to protect minors from prosecution under child porn laws if they happen to text each other nude photos of themselves. The act also protects children if they sext pictures to Mayor Weiner.
#5) The Hemp and Polygamy Legalization Act - Mayor Weiner wants to legalize hemp, but not as much as he wants to legalize polygamy! Smoke a joint, gather some gals, and pretend you're Carlos Danger... Oh, speaking of Carlos Danger:
#6) Carlos Danger Appreciation Day - We all love Carlos Danger! He's an international man of mystery... and maybe even an undocumented immigrant, too! He's got an insatiable appetite for loving all New Yorkers. Or at least the ones with female body parts who are under the age of 25...
#7) The "Scripted Wife" Provision - This provision of New York marriage law will allow all husbands to force their wives to read from scripts any time they get caught cheating over and over again with multiple sex partners.
#8) The Crotch Crusader Indemnification Act - Part of the "Weiner freedom" initiative (see above), the Crotch Crusader Indemnification Act will indemnify and grant "superhero" status to any Democrat whose crotch photos appear on the internet. The act does not apply to Republicans because their crotches are considered crimes against humanity.
#9) Presumed Consent Bestiality Provision - If children can be granted presumed consent for vaccinations, and voters can be assumed to have granted presumed consent for organ donation, why not allow perverted politicians to presume that animals have given their consent, too? After all, there's nothing too weird that would cause Weiner to actually quit the Mayor's race in humiliation... not even getting caught with a squirrel in his pants. Question: How do you know when your sex addiction has gone too far? Answer: When the photos of you and your sex partners that appear on the internet need a zoologist to interpret.
#10) The Sexting-For-Lunch-Money Teen Support Program - This program allows New York politicians to "sponsor" teenage college students by providing them lunch money in exchange for sexting photos. Mayor Weiner plans to support a LOT of teens with this program. After all, he's pro-education! Learn more: www.naturalnews.com...

You have to expect some Weiner humor!

Originally posted by abeverage
I am still recovering from the Headline...

Honestly can a Weiner be any worst than the current D-bag mayor? 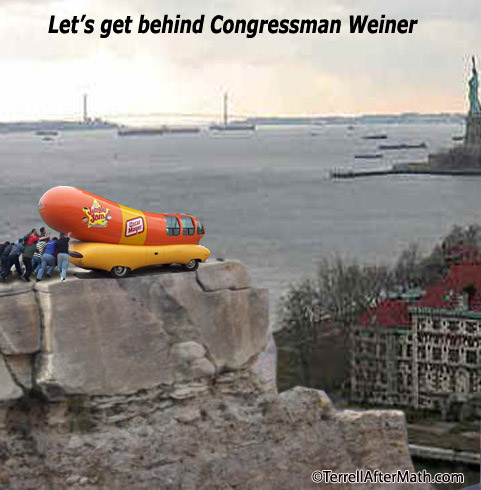 posted on Jul, 27 2013 @ 11:13 PM
link
If you don't live in nyc ,don't mock him. He's a better politician than ANYONE ELSE running .
So ,let the jokes abound . I'm voting for him for sure.
He did this after he left office ,and it has no bearing on his political run now .
It's his wifes problem ,not the public.
They released it because he was ahead in the polls,and Quinn is PISSED .
She was a shoo in until he joined the race .
If she wins ,the city will be worse than it was under bloombarf . I will havw to move if she wins . She's a horror show.
She should be in jail btw,not running for office. Her slush fund debacle was completely covered up by bloombarf ,and no one will touch it.
She's paid off hundreds of people will promises ,if they back her and get her elected . None of them actually like her ,and they're all more rich cretins who bloombarf did all his favors for .


Originally posted by abeverage
I am still recovering from the Headline...

Honestly can a Weiner be any worst than the current D-bag mayor?

just glad I don't live there!