Is the title of the article, but FOX News in a move to influence it's readers decision decided to put up a picture of Obama with the caption of:

President Barack Obama gestures as he speaks during his daily news briefing at the White House, Friday, July 19, 2013, in Washington, about the fatal shooting of Trayvon Martin by George Zimmerman. (AP Photo/Carolyn Kaster)

Having nothing to do with the economic addresses that Obama is going to give. This is how FOX News subtly influences it's readership to go against anything this administration tries to do.

Do we NOT want to expand manufacturing in this country? Do we not want a stronger middle class? Not according to FOX News we don't, this is why they put a divisive photo where Obama was talking about the Zimmerman case instead of any other standard photo.

Don't be fooled, this was no accident, this is done on purpose to influence your decision on this issue. Angry about what Obama said on the Zimmerman verdict? Good, now hate his ideas about jobs in this country based on that hate.

President Obama will kick off a series of addresses on the economy this week at an Illinois college where he once spelled out a vision for an expanded and strengthened middle class as a freshman U.S. senator.

The White House says the Wednesday speech at Knox College in Galesburg, Ill., will be the first of many speeches on the economy Obama intends to deliver over the next several weeks ahead of key budget deadlines in the fall. A new fiscal year begins in October, and the government will soon hit its borrowing limit.

The speech comes just a week before Congress is scheduled to leave for its month-long August recess and is designed to build public pressure on lawmakers in hopes of averting the showdowns over taxes and spending that have characterized past budget debates.

during his daily news briefing at the White House, Friday, July 19, 2013, in Washington

I am by no means a fan of Fox, or CNN, but c'mon. Sounds like you are trying to make up our minds more than they are. They just used an old photo with a proper caption.

When gun control was the hot topic CNN and MSNBC would embed photos of incidents that nothing to do with the report just for the schock value.

Its a programming game they all play.


You are absolutely correct sir.

It is a game they all play. Influencing your decision in subtle ways.

FOX News's slogan is "Fair and Balanced" right? Their other slogan is "We report, you decide" right?

Shouldn't they give their readership the option of reading the article without subtle tricks to commandeer their opinion before they have a chance to read the article?

There are literally thousands of stock photos of Obama, including ones where he has spoken at universities. Why use this one unless they were really trying to influence their readership?

To be fair another more simple reason is laziness. The Zimmerman comment photo was likely at the top of the stack as it were.

Still, this is a tactic used to manipuate. This speciffic case? Maybe. Likely even. But theres always a chance its just laziness.


To be fair another more simple reason is laziness. The Zimmerman comment photo was likely at the top of the stack as it were.

Still, this is a tactic used to manipuate. This speciffic case? Maybe. Likely even. But theres always a chance its just laziness.

If it were FOX News's fact checking department I would agree with you. Laziness is that department's hallmark. But this is the imaging department. They had one job. To pick an appropriate photo to show along with the article. Instead of using any other photo, I believe they purposely used this one in order to subtly fill their core readership with hate.

posted on Jul, 22 2013 @ 05:55 AM
link
All news services tow the line of their corp masters. Maybe he will bring up the total amount of debt in our system (government debt + corporate debt + consumer debt, etc.) which was about 2 trillion dollars when I was in my 20s.. Today it has grown to more than 56 trillion dollars...... Our debt has grown at a much faster rate than our economy has....IMO there is no way in the world that we will be able to continue to do that for much longer. He better worry about the country as a whole and quit funding every gun toting wanna be government official/program in the country and letting his attack dogs or himself try to stir up racial hatred and strife.

Most people who have spent the time and looked have known for quite some time that the six major mass media companies that control almost all American media are little more than propaganda dispensers for the TPTB. They are owned by three large offshore controlled defense contractors and three other large international media companies. Refer to the American mainstream media as essentially the “Controlled Propaganda Media” (CPM) which when traced back is found to be owned by a conglomerate of central banks (this should not be a big surprise to anyone). IMO the CPM plays good guy bad guy depending on which side of the political aisle you find yourself. However the truth is getting out due to social networks and the Internet so hopefully they will be laughed off the air unless they change their ways and start reporting the facts.
edit on 22-7-2013 by 727Sky because: .....

Somebody just made a simple mistake that's all. Besides, it's a hover caption.

Unless of course they were targeting the picture 'readers'.

The only ones affected by this are the picture lookers, and they are oblivious to any content.

Now if he had some awful grimace on his face, or was flipping off the cameraman, well that would be different.


We damn sure don't need some photo to reject everything this president tries to do, his policies speak for themselves.


Couldn't it just be the most recent photo they had?

I am most concerned with the fact Obama's scandals are being glazed over with (his and) others race baiting. They are still talking about Zimmerman on the news and stretching it as long as they can. Now they have this idiotic Royal Baby garbage. Ignore Benghazi, ignore PRISM, ignore the IRS scandal. Just like we ignored fast and furious. 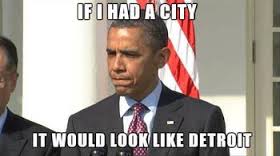 Stock photo. Nice try though, as we know you just love you some 0bama.


Unfortunately, the Martin/Zimmerman tragedy is the favorite performer in the media circus sideshow nearly everywhere you look.

This is not to excuse Fox for any participation in this... just a note that they don't hawk tickets alone on the sawdust.

Here's what MSNBC is using. 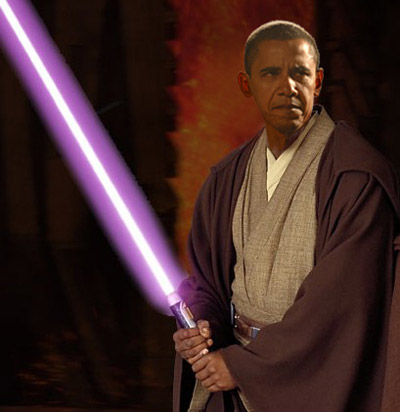 FOX News, they report, and make up your mind for you.

Fox News MAKES UP YOUR MIND FOR YOU?

posted on Jul, 22 2013 @ 12:59 PM
link
Huff Po smokers have a hatred for Fox, to the point they attack, heckle and chase off reporters from that network. If you want some really good "hate speech" just go to that site and read the comments.

The "progressive way" is to hatefully attack "anything" they see as opposition to their cause. There is no "debate", the progressive stances are clear and they will zealously attack anything that disagrees with what the Huff Po tells them is the "party line".

(For entertainment, read some of the comments at that site and substitute the word "Jew or similar group that has different views than them" for the popular word "Teabagger" and you will see exactly what their hateful views are... damn hateful people have no idea how national socialist they sound.)
edit on 22-7-2013 by infolurker because: (no reason given)

aving nothing to do with the economic addresses that Obama is going to give. This is how FOX News subtly influences it's readership to go against anything this administration tries to do.

Oh and like CNN and MSNBC dont do the same but in Obamas favor?

posted on Jul, 22 2013 @ 01:40 PM
link
OP: This type of information bias is FOX's standard operating procedure. On any given day you can look at their front page and just the way their headlines are worded are slanted with a constant negative spin on whatever topic they're grilling that day/week/year.