Could the populace bring down America peacefully in 3 years?

And, all this in 3 years time. That's all the time it would take for the power of the American people's determination to ripple through the economy and take down America. (and for the NSA folks--I am not advocating this, only using this as a thought experiment to provoke discussion on the state of the American economy),

The experiment relies on the fact that we are a materialistic culture. Our economy and nation goes forward because of commerce--but in America's case--too much dangerous commerce. People buy more than they have and what they don't need. Our buying patterns follow our wants more than our need. We do not save money; we spend.

How many people would this experiment require? Everybody that is working and not receiving the government dole. Famers, truckers, working class, retired individuals, police, etc. These are the group that could bring about change. Everyone else relies on the government for a handout.

So, with the foundation of this thought experiment laid, here is the 3 year plan:

During Year 1, people go about there business doing what they normally would do except for some very real changes. The citizenry involved would begin to stash away food/water and emergency supplies for 1-2+ years. And, if possible, enough money for 3-6 months. After this year, the real change begins to happen.

Year 2: Exit society
Beginning in year 2, the people mentioned above would exit society by not becoming involved with commerce.
Here are some examples:

By now, with over half of the American populace removed from the economy, the government has collapsed. They have no revenue stream. The currency is worthless (ironic since I mentioned to save money earlier), the government cannot maintain itself under the weight of so many people wanting their handout while the working citizens have left.

Those who did not see the signs or chose not to participate are probably gone.
The military would have come back from overseas to oversee unrest and because they didn't have any money to maintain the deployments.

I see this happening if the working class of society removes itself from the equation in a peaceful manner. (By working class, I mean anyone working and receiving a paycheck).

Not in a million years.

Not a hope in hell of them working together en masse for "common interests".

posted on Jul, 22 2013 @ 12:21 AM
link
great in theory bud but when they stop welfare etc etc the proverbial will hit the fan zombies will roam the street .

people will lose houses etc they did this in the u.k in a small scale in the 70s power cuts etc and it brought the goverment down .

The proles will still get refills on their EBT cards.

You'll find only fanatics and people that are already preppers to get on board, but it won't make a bit of difference to everyone else if you decide to self marginalize yourself.

The only way you're going to make change happen exactly how you want it to happen is to found a secret society of some few thousand bright eyed intelligent University students all swearing a blood oath to enter politics and every single one to support the other regardless partisan assignment.

All these young university kids enter politics in varying capacities, they work their way into increasingly important positions everyone within the secret cabal assisting another, and eventually, eventually you own the Government with seats in the House, Congress, and possibly even the Presidency.
If you run both sides of the aisle and the Oval office, your power is near limitless.
Sure, it might take 25 years, but, those 25 years of dedication give your secret society the keys to the Kingdom, and pretty much the rest of the world as well if USA can manage not to lose its status as a superpower.

25 years isn't that long to own an entire country, especially considering most home mortgages are 30 year terms.

posted on Jul, 22 2013 @ 12:51 AM
link
Bring down America? We ARE America! Don't confuse the government with the country. If you want to change the direction of the country, change the "leadership". Quit electing thieves. Quit electing Corporate hacks. Quit electing millionaires, lawyers (my apologies to some lawyers), quit electing people who want to be in Power rather than people that want to move towards a practical, non-oppressive, ideologically bland and ecologically friendly future. What? Not enough emphasis on Growth? Capitalistic "rules" that are broken by the cheats at the Top anyway?? The ones that legally avoid the Checks and Balances we need because they manage to have laws made that help them rip us off? We can live with a different type of economy. We CANNOT live without a healthy environment. Plain and simple. We need a society that doesn't demand the environment suffer in order to have jobs, or we are SPRINTING DOWN A DEAD END, THE WRONG WAY! 3 years? Start with who gets nominated and who gets elected, or else there will be bloodshed, most likely. 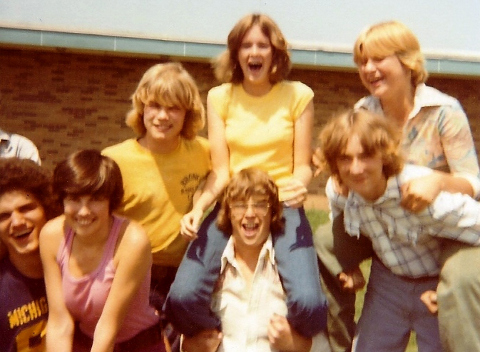 We almost pulled this off once back in the 70's
Anti-corporate feelings were at an all time high.
People were into self reliance, and rejecting every-
thing that was "plastic-fantastic" or that they
couldn't grow themselves.

In the picture above notice that there are no
logos on any of the clothing. Unless someone
was a member of a sports team. People barely
cut their hair, and every week another
boycott was in action against some company.

The business world discovered that it could
shop-lift the kids through the tiniest of little
symbols. If they could get them to wear
a logo, any logo. They could begin to sell
them their own identities back. 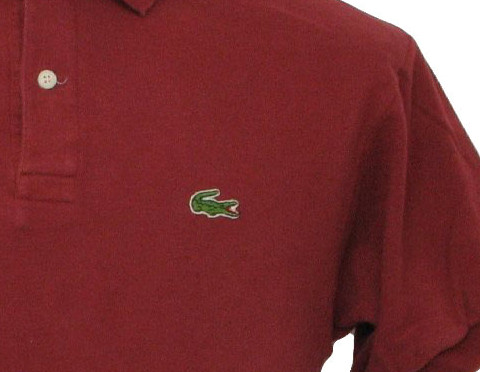 
The next year, the boycotts were
still happening. But not as often.
Something was out of place.
The heart wasn't in it. People
felt disconnected somehow. 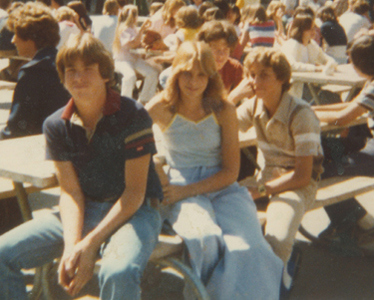 Notice the tiny little logo on his sleeve.
Notice how much more relaxed peoples
hair looks now that they are using
"conditioner" to "get-the-knots-out."

So even though the situation is worse now
(the kids get their logos tattooed on these days)
it should be easy to reverse the process.
All you need is some tiny little symbol, and
knowledge of mass psychology, to make it work.


Americans won't have to bring down the economy. The central banks will do that for us. Politicians will never change their ways so forget about it.

Peaceful??? No there will be blood in the streets when the SHTF on this central bank orchestrated meltdown. People will be dying in the streets. Eventually the US people may recover but don't hold your breath.

As far as breaking up into smaller parts... I am uncertain. Small parts usually end up being eaten by larger parts.

Very good there dear one.

We could do it in 3 minutes if we would just stop co-operating with the system.

The first thing we could do is to stop filing and paying income taxes. Disarm the IRS.

Second simple step would be for the military to put down their weapons and refuse foreign deployment ie resistance to the global empire.

My thought is that you are asking a question similar to "If all Americans lined up ten across and started marching into the ocean, could we commit complete national extinction in three years, or would we have enough babies so that it would take more than three years."

I don't know, I don't want to find out, and absolutely no good would come from trying.

posted on Jul, 22 2013 @ 03:28 AM
link
The worry for me would be organised criminals, would start taking control. Gangs who already have links, who could quickly respond and mobilize to an anarchic situation.

And, if the US had a NON-TREASONOUS military to back the people up - we would rid ourselves of the criminal political hacks - all the dems and repubs at once - and place them in confinement.

Yeah, america could do it.

Would it happen? No, that's what they count on. Everyone is too afraid to stop becoming a fiat money slave.