It seems that on May 15 of this year, numerous residents of Fresno, California, saw a round, white object in the sky. According to local news station KMPH, who broadcast a video of the object, it remained relatively motionless for almost four hours. A witness who submitted a report to the Mutual UFO Network (MUFON) states, "national guard also took a close picture of one of these objects". The FAA allegedly knows nothing about it. Winds were 30 to 70 mph according to the local weatherman.

Here is the MUFON report, which you can find at the organization's web site:

I Went outside and looked almost straight up and saw and filmed first object. after 20 minutes i noticed another object of exact same type and it was about 10 o clock high hovering. they were white and pretty easy to see. maybe some sort of balloons?

pretty much stationary but one seemed to drift up and down. i was thinking if these were balloons they would have to be controlled some how. national guard also took a close picture of one of these objects. lost sight behind clouds.

ground winds were 12-20mph and anywhere fron 30-70 mph where objects were at. made fresno local news on fox tv 26, and other news. to many unknown things and too many details to say. please watch video and search google , ufo fresno recent sightings. no weather balloons were launched at this time!

And here is the news broadcast:

And some additional video:

A Google search using the terms "fresno ufo" turned up a link to the story on the KMPH web site,

But the link is no longer working it seems.

Personally, the words "nearly four hours" and "30 to 70 mph winds" seem to me to toss a monkey wrench into any balloon-based explanation.

I also wonder what makes this witness think the National Guard took a picture of it. Did he see a helicopter fly up to the thing? Do we assume he/she is making that part up?

posted on Jul, 19 2013 @ 01:15 AM
link
Weather Balloon would be the obvious explanation but the fact that it hung there for 4 hours suggests otherwise , would not surprise me if it was some sort of Military craft for spying .
edit on 19-7-2013 by shambles84 because: (no reason given)

posted on Jul, 19 2013 @ 01:34 AM
link
Rumors in the area speak of an underground military base located beneath Fresno Air Terminal.

posted on Jul, 19 2013 @ 02:10 AM
link
WOW, very interesting.
It looks like it has a glow to it. If it was a parachute going on an updraft, you would think there would be some drift associated with it, 4hr is a long time.
Could be military or the, GASP!!! skeptics beware, THE REAL DEAL!!

This, in my opinion, excludes any type of man-made craft including drones but of course also parachutes and balloons. Any type of craft would have shown SOME type of movement. I cannot even imagine some military type of object/drone which would simply stand still for hours. To be honest, this is very puzzling.


that is pretty decent footage of a pair of UAPs...


Sure looks similar to the NASA STS photos. Notice the similarities of the hole in the center of the craft? posted on Jul, 19 2013 @ 08:23 AM
link
Oh this is a neat one! Thanks for posting it up girlie. Defying a 30 to 70 mph wind for even a short time means to me that its either tethered to the ground or its controlled in some way. I'm favoring the latter and further I'll speculate that it just might be some kind of living entity. I've seen older vids that had the same kind of "organic" feel to them.

Originally posted by roughycannon
4 hours and this was the only pish they were able to film?

Very true, where are the still pictures taken with a decent lens and decent DSLR.... oh, that would show what it really was!

looks like the spheres around the edge of the craft were detachable﻿ . looked like they had their own individual docking port 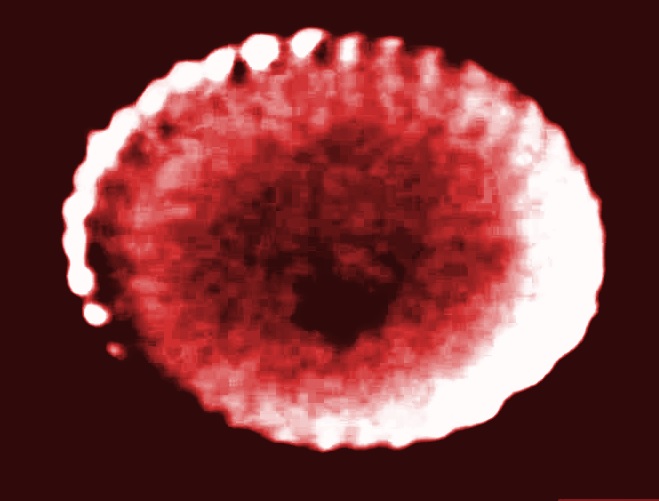 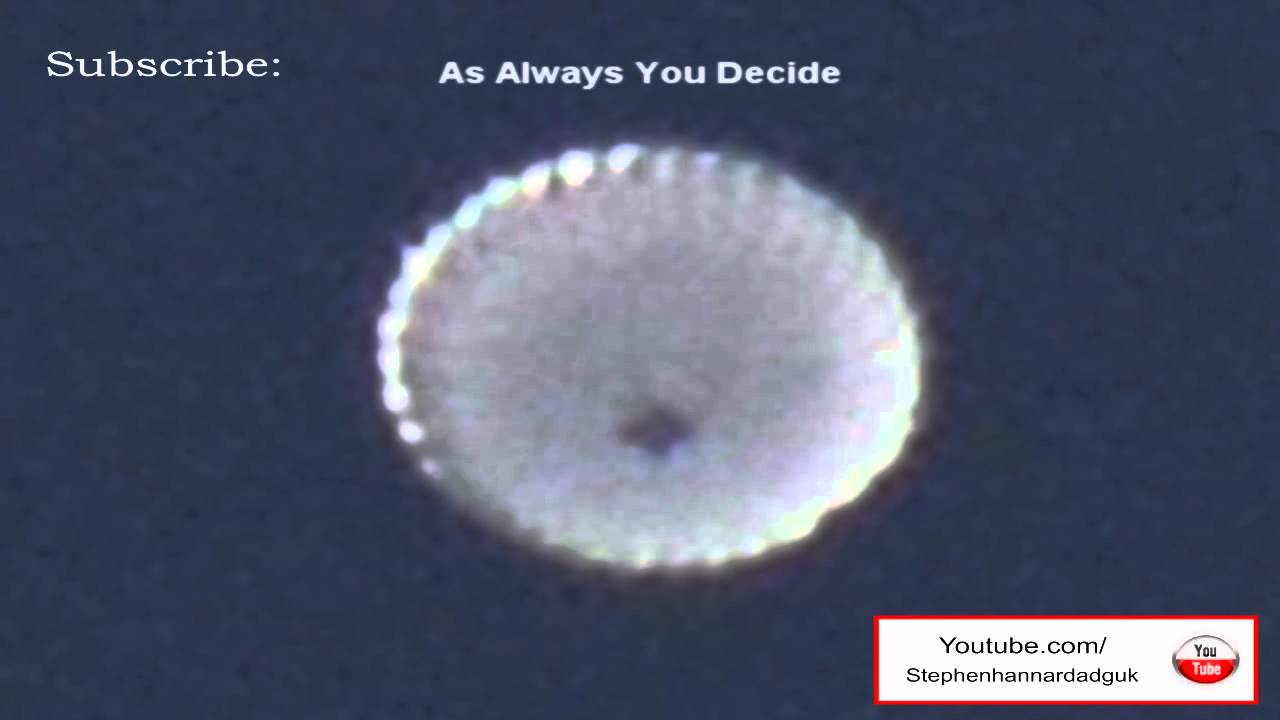 - and this is the best #ing footage we can get of this thing?!
- No News crew with a helicoptor can get closer to either get 1) a clearer view 2) it to react / move
- No EMS Life Flight off OR on duty personnel that could find an excuse to their chopper out there?
- No HD camera with a tripod available? Hello, TV Station? Way to Fail at your job, numnuts.
- No additional vantage points (besides the second vid) with clearer footage... after 4 hours!

I'm getting SO sick of wasted opportunities. 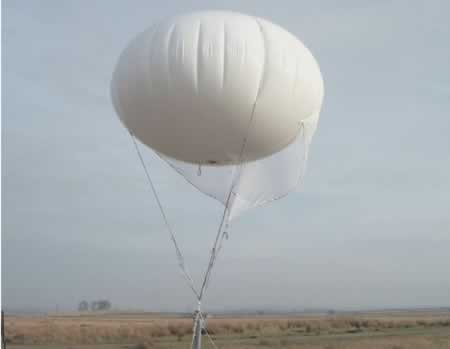 These balloons acts as communication links between users who contact them using modems and earth bound network operation centers. The balloons come down once in 24 hours since the batteries running the devices run out of juice.


Here's a link to the image search in case you want to browse on your own.

So no one tried filming it with a high quality camera?

No photographers around to take HD pcitures?


looks like the spheres around the edge of the craft were detachable﻿ . looked like they had their own individual docking port
I'd like to know what could possibly possess you to say something like that? How can you possibly tell from these low-quality images that there are detachable "orbs", or how you can even miraculously tell that these "orbs" have their own individual docking ports?


It truly boggles logic when people make such unbelievable and fantastical claims.


Ladies and gentlemen, you're looking at a simple parachute: 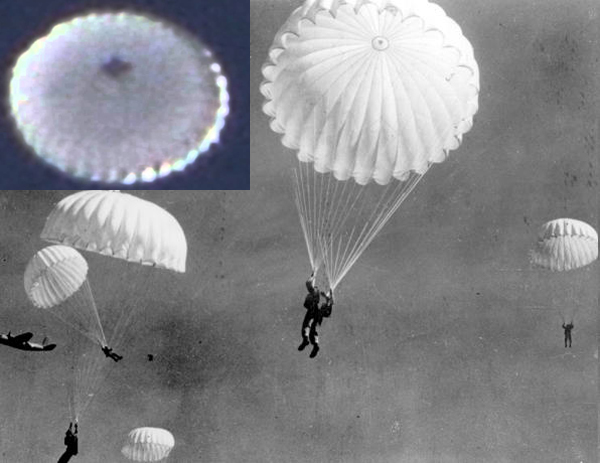 
BoneZ I think your spot on ..only thing is how would the
parachute stay open and not close in on it's self with the winds they said were present.
Would we see the tether or what ever is securing it to the ground why is it not swaying in the wind.
It def looks like a chute!

posted on Jul, 19 2013 @ 10:09 AM
link
I wonder if our satellites circleing around the earth and moon picked this up ? That would be interesting to find out.