posted on Jul, 8 2013 @ 07:27 PM
link
Not sure how accurate this report is, but it is interesting. "Packs of tigers" is obviously a fabrication.

Five men searching for agar wood are trapped in a tree by tigers. they are rescued by a holy-man and his chants. 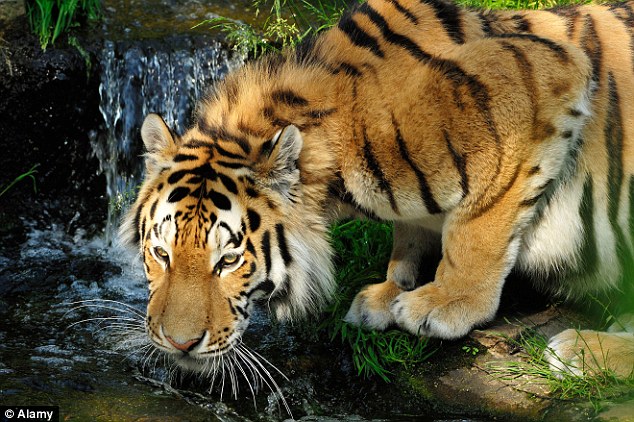 A holy man uttering a special chant succeeded today in calming a group of snarling tigers that had chased five men up a tree, leaving them trapped there for nearly five days.

As the holy man uttered his mantra - a mind-calming chant that originates in ancient India - the tigers turned tail and slipped back into the Indonesian jungle, allowing the desperate men to come down from their precarious perch in the branches.

During the long days and nights they had been trapped there, the tigers, which had already killed and eaten a sixth member of their group, prowled around the base of the tree waiting for a chance to grab one or more of the men.

The animals had chased the men - who had gone into the jungle in the Mount Leuser National Park early last week to look for a special wood that is used to make incense - after they had unwittingly killed a tiger cub in a trap that had been set to catch deer.

Finding the cub dying from its injuries, the pack of tigers gave chase after the men and caught one, named only as David. He was quickly torn apart and half his body consumed.