Venezuelan president Nicolás Maduro said on Friday he had decided to offer asylum to former US intelligence contractor Edward Snowden, who has petitioned several countries to avoid capture by Washington.
"In the name of America's dignity ... I have decided to offer humanitarian asylum to Edward Snowden," Maduro told a televised military parade marking Venezuela's independence day
"He has told the truth, in the spirit of rebellion, about the US spying on the whole world," Maduro said.

"Who is the guilty one? A young man ... who denounces war plans, or the US government which launch

posted on Jul, 6 2013 @ 02:42 AM
link
It looks like Snowden now has a place to go. The US has confiscated his passport in an attempt to remove his right to seek asylum which is considered a basic human right.

I do not know if it is as simple as getting on a plane for Snowden or if he will have to jump through more hoops first.

Anyway I wish him all the best on his journey.. 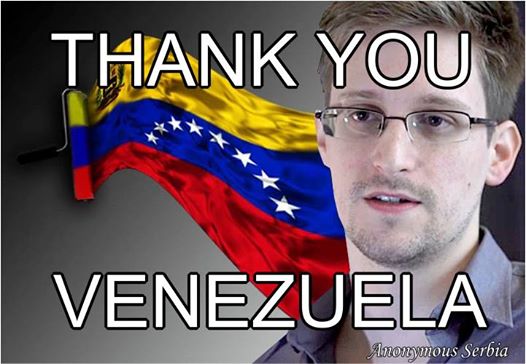 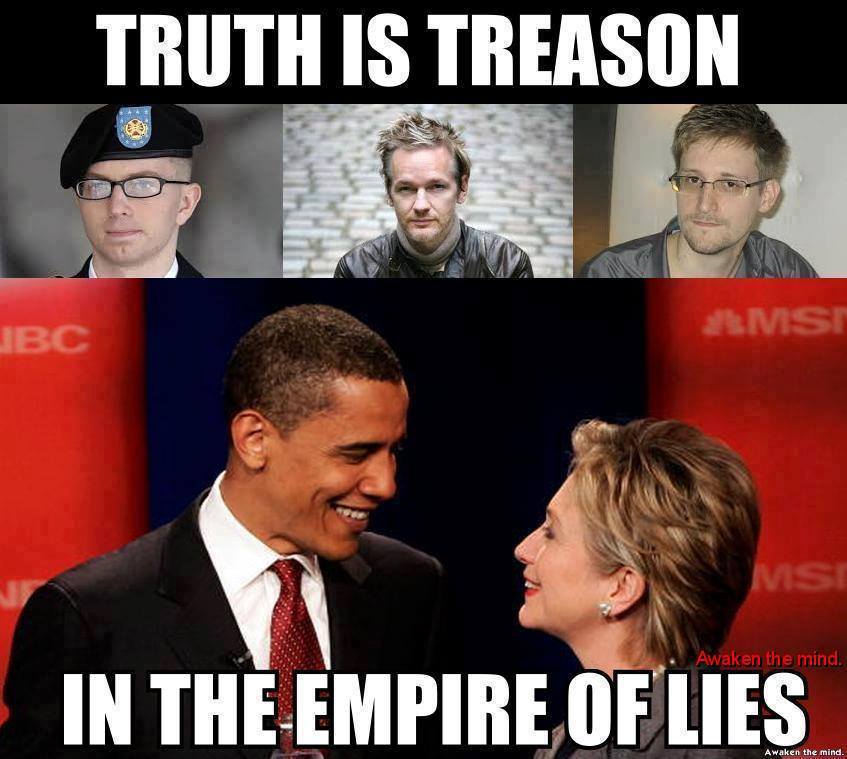 www.guardian.co.uk
(visit the link for the full news article)
edit on 6-7-2013 by purplemer because: (no reason given)

posted on Jul, 6 2013 @ 02:51 AM
link
How dare they? Snowden is a traitor! Venezuela better get ready for some sanctions. (End sarcasm)
Except for the sanctions part

posted on Jul, 6 2013 @ 02:53 AM
link
Nicaragua offered too I think. Saw this earlier in the day, surprised it hasn't been posted. There's a lot of agents in South America, from a variety of agencies... Wondering if that would even be safe for him.

Yes, this is good news to wake up to !! Considering everything that happened with the plane diversion this week I'd take the Venezualen offer if I were him.
While it won't be straight forward to get him there but I expect he will make his move quickly .
As the article states.

Moscow has made clear that the longer he stays, the greater the risk of the diplomatic standoff over his fate causing lasting damage to relations with Washington.

If we as supporters could only find a way to pressure Putin, to garantee Snowden a safe journey..
Go Snowden!!

But there is the problem of him getting to south America, what routes could he go? It has been made abundantly clear that even a sniff of him going over Europe and the plane will be landed, could he go over the Pacific?


I find it odd, or at least surprising that you missed the bit (the second half) of the original article ..
Perhaps it was added after you read it?
It's great that he has a second option though. Whether we ought to take it seriously however...

"We are an open country, respectful of the right of asylum, and it's clear that if circumstances permit, we would gladly receive Snowden and give him asylum in Nicaragua," Ortega said during a speech in the Nicaraguan capital, Managua.
Ortega, an ally of Venezuelan president Maduro, did not elaborate on the conditions that would allow him to offer asylum to Snowden, who has been at the eye of a diplomatic storm since leaking high-level US intelligence data last month.

Nicaragua is very poor country, but maybe with assistance from Venezuela they can offer him protection ?


Good news for Snowden. And kudos to Venezuela. Really hope he actually manages to get there. He needs to stealth it over. They had already re-routed the Bolivian Presidents flight thinking Snowden was on board. If they re-route a flight he is on. He is screwed...


If Snowden isn't already in Venezuela, it shouldn't have been announced. If he isn't, Venezuela wants something and is using this to get it. People believe he is a hero/traitor and should be honored/executed. He is a nothing but a golden pawn to be played by those who want to use him to their advantage.

posted on Jul, 6 2013 @ 11:59 AM
link
Taking him to Venezuela will be a competition or 'prove your skills' type challenge to Russian intelligence or any others who want to see him in South America. I don't thing flying over Europe would be a good idea. May be he can go to China and then take a direct flight to South American countries wanting to let him in.


I guess Venezuela could give him diplomatic status or something and just put him on a plane over the Pacific..


EU nations denied the presidential plane of Bolivia to enter their airspace. With such high position person onboard they still pulled the trick of denial. Mere diplomatic status means nothing.

Russia and Putin have been idiotic to deny Snowden the asylum. Cold War is over but US will never be a friendly nation to Russia as it has been seen in its actions since 1991. Putin is acting like a wussy in this case.
edit on 6-7-2013 by victor7 because: (no reason given)