KENT SENTER is the host and organizer of the first annual Symposium on Official & Scientific Investigations of UAP (UFOs). He had a lengthy sighting in 1985, which changed his life. A UFO researcher for twenty-eight years, Senter was one of the founding members of MUFON's North Carolina chapter, launched in the late 1980's in collaboration with George Fawcett. Over the years, he has been a state section director and field investigator for MUFON. While battling an incurable cancer (multiple myeloma), he has decided to host this unique conference to help increase awareness of the need for scientific research and alleviate the taboo associated with this topic.

Nice lineup on this one, folks. Highlights of the audio interviews include a representative of GEIPAN - the official French investigative body concerning UFO reports - explaining the methods behind the agency's probe into sightings; and journalist Leslie Kean, who says that the famous Belgian Triangle photo will be omitted from the French edition of her best-selling book, UFOs: Generals, Pilots and Government Officials Go On the Record, as subsequent revelations have led to a situation in which "we have to assume it's a hoax".

Here's a podcast featuring the above-mentioned individuals and a couple others, including the organizer of the event.

Additional interviews with other speakers:

Highly recommended for anyone who takes this topic seriously and appreciates a rational, no-nonsnse approach in their UFOlogy.

posted on Jul, 5 2013 @ 11:30 PM
link
Those who are SERIOUSLY into this subject may approve of the presence on the speakers list of Alexander Wendt, author of Sovereignty and the UFO,

If you ain't read it, you oughtta. His talk at the conference was "Militant Agnosticism and the UFO Taboo", a topic I personally find fascinating as all get-out.

This talk takes as its starting point the taboo in authoritative circles on taking UFO phenomena seriously. I make the case that human beings do not know for sure that UFOs are not extraterrestrial and therefore the taboo is irrational, since if there is even a small chance that UFOs are not from earth their discovery would be one of the most important events in human history. The remainder of the talk is given over to developing a political explanation for the persistence of the UFO taboo, focusing most importantly on the metaphysical threat that even the possibility of an extraterrestrial encounter poses to the anthropocentric organization of modern state sovereignty. I conclude with a proposal for moving the scientific study of UFOs forward in a way that does not depend on bringing governments on board.

ALEXANDER WENDT is Mershon Professor of International Security at the Ohio State University. Previously, he taught at Yale University, Dartmouth College, and the University of Chicago. He is interested in philosophical aspects of international politics, and has published a number of articles in leading political science journals, as well as a 1999 book, Social Theory of International Politics (Cambridge University Press), which received the International Studies Association's "Best Book of the Decade Award" in 2006.


The conference also features the likes of this guy: 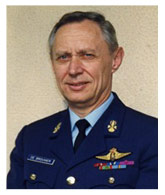 As a colonel and chief of the Operations Division in the Air Staff, I presided over the Belgian Air Force investigation of a dramatic “wave” of sightings of unidentified triangular objects in 1989-91. I will provide an overview of the magnitude of this wave that consisted of approximately 2,000 reported sightings and more than 600 investigations. I will discuss a few remarkable observations and give a general description of the key characteristics of the objects. The approach at the ministerial and air staff level, which included specific actions taken in an attempt to identify the objects, will be explained. Furthermore, I will present the story of the famous photograph from Petit-Rechain that was declared to be fake, twenty years after it was taken. Lastly, I will recommend measures that should be taken to prepare for a more effective approach when such events occur.

WILFRIED DE BROUWER spent twenty years as a fighter pilot in the Belgian Air Force. He was then appointed to the Strategic Planning Branch of NATO in 1983, while a colonel. After that, he became Wing Commander of the Belgian Air Force Transport Wing and, in 1989, chief of the Operations Division in the Air Staff. Promoted to Major General in 1991, De Brouwer served as Deputy Chief of Staff of the Belgian Air Force. Beginning in 1995, after retiring from the Air Force, he worked for more than ten years as consultant for the United Nations to improve the UN Logistics rapid response capabilities during emergencies.

For those who aren't familiar with his deal, here's the short version, including a look at the now-discredited photograph of a triangular UFO:


And here's a fairly recent interview with Leslie Kean, for those who are interested in what she has been up to of late vis-a-vis UFOs.


i went to the website you linked to in your op, and according to the schedule this event started on saturday 29th.
so its already been and done. shame, it had a quality line up


i went to the website you linked to in your op, and according to the schedule this event started on saturday 29th.
so its already been and done. shame, it had a quality line up

Yes. This event happened last month . The interviews in the linked podcast and video were conducted at the time. I believe there is going to be a second similar conference held in a few months. Have to look into that one.

Thanks for the contribution, awakehuman. It's nice to see some serious coverage of the event. There was also a decent article about the symposium in the Winston-Salem Journal.

Several speakers on Saturday talked about the need to set up government agencies to study unidentified aerial phenomena. But they also urged caution in calling for such agencies.

“Saying they’re covering up ETs, whether that’s true or not, they’re not going to respond to that,” Kean said. “That’s not going to work with government officials. ... Treat this as an aviation problem.”

Jose Lay, international affairs director of the Chilean government agency tasked with studying unexplained aerial phenomena, said it is necessary for governments to share whatever information they have on possible UFO sightings.


Also covered briefly by a National Public Radio station out of Wake Forest University, whose website shows it as the currently "Most Active Story". 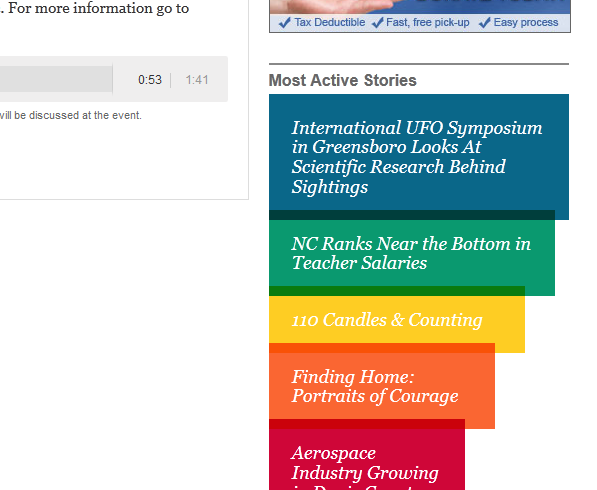 Aliens are interdimentional? extra terrestrial? from the future? from the past? not real and all a gov psy ops program? devils/angels? whats the angle?

Originally posted by TiM3LoRd
whats the gist of it all?

Aliens are interdimentional? extra terrestrial? from the future? from the past? not real and all a gov psy ops program? devils/angels? whats the angle?

The bottom line is that there is something there that warrants serious investigation and that we don't know its nature or origin, only its characteristics.

Here's another vid explaining the dillio: