Hello from Egypt - Know the truth and think for yourselves

I am going to start with a provocative statement so I will forgive any disagreements.

There was no Military Coupe... There was a plan to dismantle all of the Arab region long time ago, a lot of people know this and I will just enforce the message by telling you how we overthrew the "US" democratically elected president in Egypt hence destorying Israel and Obama's Operation Change in the MEA region.


1- Shafik did win by votes but the US pressured the Army back then to go for their puppet
2- The Army did know the facts and saw this coming as Israel wants to "Islamize" the region so they can launch their attack
3- What they didn't see coming was a 90 Million Population of smart people who knew that this is not what they wanted and knew now how they can get it.
4- If you want reality watch the local media and not the International made in Hollywood 9/11 directed films.

Surely now the Mossad and Hamas are upset we ruined their plans as both of them want to go to war but Egypt is their long standing pimple.

I just wanted to say the people are so happy and by people I mean you average young Egyptian, Old truck driver, Taxi owner, Lady washer, School student, Christian, Muslim whatever you wanna call it.

I feel something will happen as the Republicans are pushing to draw the aid "slavery tool" away from Egypt, and we might see a NATO stooged by Islamist led invasion soon, but I know that it's inevitable.

Remember my words and I just wanted to say that this is the BEST community ever and you all are the spark that will ignite the fuel when it spills and it will.


Thank you the information, but would you explain to me why Israel would want to "Islamize" the region so they can launch their attack ?

posted on Jul, 5 2013 @ 10:07 AM
link
May you stay safe through all the turmoil, and know that many many people of the world support and only wish they had the means to do what the Egyptians have done. I truly hope this does awaken people that they still can hold power when they come together in solidarity against tyranny! S&F!

The question is :Are you a DSA?


Well, the theory is that in order to gain world approval on your actions, you have to be either opressed or threatned by something,

Looking at the so called Arab spring, it was not a spring it was not by the people it was a perfectly timed and staged overthrow of all the so called dictators to enable "operation change" in the region.

Of course we can not generalize but let's call them the elite who ever they are who want this plan executed, surely i can be wrong but time will tell the truth.


Welcome to ATS. Have you had internet interruption from Egypt?


sorry Googled that but couldn't find what that is...

posted on Jul, 5 2013 @ 10:16 AM
link
welcome to ats .. good show on bolloxing up israel and americas plan and tossing their puppets out .. well done .. look forward to any updates you post on things there as better getting firsthand info over the usual propaganda ..

posted on Jul, 5 2013 @ 10:16 AM
link
Welcome to the site, I am sure you will fit in well. This information is of interest to me, I was unaware of some of what you said. I did figure that the US did have some controlling influence into the "elected" leader that was Put in power The USA seems to push it's way into everyone's business, I don't really agree with this but I know little of what's going on or the integrity of their "plan", so kind of want to keep out of it. I figure that you guys can run your own country but evidently some people high up in our country do not share my opinion. I hope that things turn out better in your country in the future.

Hoping that you keep well and can share with us all your side of the story.

Originally posted by mem0r1es
reply to post by Stormdancer777


Well, the theory is that in order to gain world approval on your actions, you have to be either opressed or threatned by something,

Looking at the so called Arab spring, it was not a spring it was not by the people it was a perfectly timed and staged overthrow of all the so called dictators to enable "operation change" in the region.

Of course we can not generalize but let's call them the elite who ever they are who want this plan executed, surely i can be wrong but time will tell the truth.

I don't disagree with you mem0r1es, there were a few of us here that saw through it all and believed the muslim brotherhood was put into power by the Obama administration, I don't totally see the Israeli connection or how they would profit from the Muslim brotherhood in power.


Hello my friend, welcome to this great forum the ATS, what you are saying is what I myself have been saying on here and on Facebook for a year or more, yes America under Obama is only looking in one direction and that is the same as Britain under Cameron, the direction they are looking is to put Sunni Muslim (Brotherhood) in ALL countries including Europe and all the Middle East.
I am not too sure as to why they are pushing for this event, a Police Officer told me that a few people in high places (Prime Ministers & Presidents ) have had preasure put on them by some Muslim groups, the types that are attacking Syria & Egypt, since looking into this I have heard that this may be true, some heads of state have had families threatened to force them to back the Brotherhood, I know preasure has been put on Cameron by Obama to reduce our Army even though it is not a safe move, I am convinced Obama is a Muslim, too many people in high places think he is for it not to be true.
Take care okay, we support you and most will if they can see well today.


Why could you not just want to give Morsi the boot in order to be free from ultra Islamic tyranny. The problem is not with the Jews, and might be a problem with Obummer, but it is more so with the Egyptian people themselves. You have the break away from religious tyranny. But I doubt that will ever happen so the circle of fighting with everyone goes on.

I would recommend you to research Ibrahim Alloush's text on the Zionist plan to divide the Arab Region, also If I could share a video (I don't know how) from Hussein Imran a well known (outside the Arab world) Islamic scholar who talks about all these issues and knows the reality of the "Brotherhood"

It's just a shame that I never started sharing materials earlier but It's a good place to start as I think it's important to connect all the dots, it's the same as we never know what's happening in the US.

posted on Jul, 5 2013 @ 10:47 AM
link
Welcome Memories, so can I ask what the was the tipping point for the people to protest in the sheer numbers that they did? Was it the meeting that Morsi attended about backing the rebels in Syria? Or something more complicated?
Congratulations by the way, I wish we could walk like Egyptians :-!
edit on 5-7-2013 by Samuelis because: (no reason given)


Just stopped by to say welcome and glad you joined us.
Here's your hat 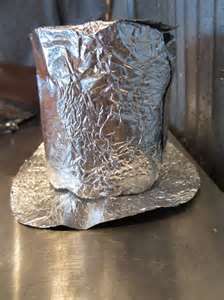 and enjoy your stay then.
-nat