I'll give you a hint, this isn't from mark twain, though I got the feeling from it. 
OK. I give up. what are you going for here? If you were trying for a Guy Fawkes mask though it's not quite it... 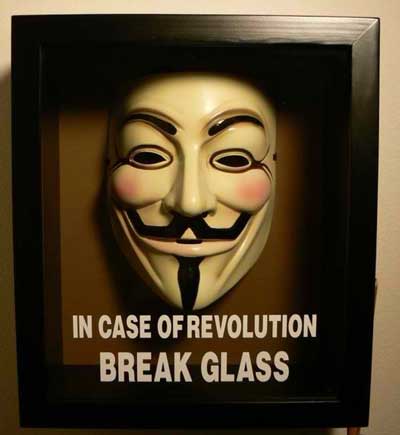 posted on Jul, 5 2013 @ 12:38 AM
link
I believe it's Muse but I don't see the illuminati connection here, not that there is such a thing as direct "illuminati symbolism" since the symbols used often come from the time of Babylon, paganism and devil/spirit/alien worship.

If you want something closer, check out stuff like Lady Gaga, 30 seconds to Mars, Madonna...

Originally posted by theMediator
I believe it's Muse but I don't see the illuminati connection here, not that there is such a thing as direct "illuminati symbolism" since the symbols used often come from the time of Babylon, paganism and devil/spirit/alien worship.

If you want something closer, check out stuff like Lady Gaga, 30 seconds to Mars, Madonna...

I think the fact that miley even used it though, or whoever edited the video, are psychos. 
yea let me tell you, cause miley cyrus is so artistic...


yea let me tell you, cause miley cyrus is so artistic...


Art is defined by the eye of the viewer

One person's masterpiece is another person's eye sore.

Personally I just think Miley Cyrus is a....... well I could say a few British slang words beginning with S.

She might be some tool of the Illuminaughty, like that RiRi (hate that name) and Nicki Minaj, my question would be; What defines Illuminati symbolism?

posted on Jul, 8 2013 @ 12:09 PM
link
This site amazes me, there are many members who can't seem to get the idea of the illuminati out of their minds. That is real mind control, making you THINK that you are on to something,because you see a symbol, picture, whatever. I personally believe that the people making these videos either for music, or film, are doing it on purpose to deceive the ones who think they are in the know about a really laughable theory of complete world control by ONE party. The world is too big and too vast with too many people wanting power for themselves, that it is as unrealistic as believing that the devil makes you do bad things. Think about it. If I was a musician with a fan base worldwide, I would put nothing but occult, ancient symbols in my videos because at the end of the day, people will buy into it even if my music is crap. CONSPIRACIES SELL, and more people are realising this, so the more they incorporate these symbols that everyone thinks they know about, the more people are going to buy into that musician because they feel they are in the know. If I was on Tv and say for argument sense I was wearing a Manchester United shirt, doe that mean I am on the team, or pulling the shots in some way? NO, it makes me a fan , and that is what these musicians are doing. Jay Z realised this a long time ago, he is not illuminati, he like many other musicians are just marketing this bull# because everyone thinks they share a common ground.


Agreed and I will do you one better. Not only do they know that it sells but what a wonderful way to create attention to your brand. All these Youtube educators are only assisting the very thing that they appear to rail against.

Ignore it. No one is forcing you to listen to Jay Z. Please stop "analyzing" everything that these people do because it's free advertising. Pay attention to the boogey man that you can see.