They're Coming For Your Birth Control!

In 1972, The Supreme Court extended that ruling to cover unmarried women in the case of Eisenstadt v. Baird. This began the "sexual revoltion" in America. For the first time in America, young and umarried people could engage in sex without the consequence of pregnancy. Outraged, the religious right wing began their campaign against sexuality, under the of guise morality, and their attack on birth control that continues to this day. 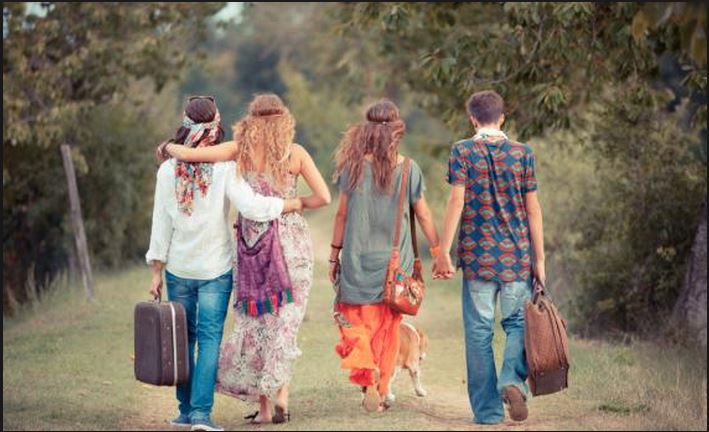 They Are Coming For Your Birth Control

Of course, this isn’t an argument that remains outside of the marital bed. Once inside, contraception has the same “hiding” aspect, allowing a wife to potentially hide infidelity.

In 1972, when the Supreme Court ruled that a woman has the right to abort an unwanted pregnancy, up until the stage of "viability, in the landmark decision of Roe V Wade, sexual liberation went full throttle! Abortion, contraception and the issues of women's reproductive rights have been a mainstay battle for the religious right. Later, the Supreme Court reaffirmed the relationship between contraception and abortion in a statement related to Planned Parenthood v. Casey

The "intimate relationships" facilitated by contraceptives are what make abortions "necessary".
..................
Contraception enables those who are not prepared to care for babies, to engage in sexual intercourse; when they become pregnant, they resent the unborn child for intruding itself upon their lives and they turn to the solution of abortion. www.goodmorals.org...

And that's how the war against birth control began, and why it still rages today.

.."contraception contributed to the emasculation of men and to men’s shrinking roles as provider and protector"..

Contraceptives Are “Homicidal Drugs and Devices

This is one of my favorite arguments:


Via RightwingWatch, it seems that talk show host Kevin Swanson has talked to “some doctors” who believe that if you take birth control, tiny little dead babies are simply hanging around, embedded into the lining of your womb.

According to the American Medical Association's definition, a pregnancy begins-at implantation. But Monday, July 1, 2013, Ohio Governor Kasich signed the most draconian abortion restrictions in the country into law. Overlooking the American Medical Association, an all male budget committee redefined "pregnancy"and the fertilized egg in their own religious right wing terms.

Technically, this defines a woman as pregnant before she even had intercourse!

Since most contraception have an added protection, should fertilization occur, they make the uterus hostile to implant, thus redefining "The Pill" "Norplant" "The IUD" and all emergency birth control fall in the category of abortion. This has the ramification that could require extra costly tests for a woman just to obtain her regular form of control, because, by their logic, now she is asking for an abortion, even before she's pregnant, and may require and vaginal ultra sound and a 24 hour wait period!

The all male budget committee has also redefined the term "Viability" beyond what the Supreme Court and the AMA believe to be true. (4) "Viable pregnancy" means a pregnancy in which a fetal sac is located inside the pregnant woman's uterus and fetal cardiac activity is present within the fetal sac."
SOURCE

windword
+2 more
posted on Jul, 3 2013 @ 07:37 PM
link
Another trend in the "War Against Women" are the anti-abortion TRAP Laws. In the case of the Ohio budget bill, clinics must have an agreement with a local hospital to transfer patients there in the case of an emergency, but public hospitals are barred from entering into those agreements. SOURCE

Is that even legal?

This "TRAP LAW" strategy is being used in 7 states in an effort to sidestep women's rights and ban abortion and shut down abortion clinics. [Seven States Working Hard To Shut Down Abortion Clinics

Make no mistake people, the Pro-life movement is anything but pro-life. It's anti-choice and anti-women! The religious right wants women to stay home, barefoot and pregnant. They want to control women and stop female infidelity, promiscuity and sexual freedom. They want to shame women to back alley abortions and deliver them into the hands the likes of Kermit Gosnel.

Theses tactics won't make the demand for abortion go away. But, poor women will be at the hands unscrupulous practitioners in less than safe and sanitary conditions, or resort to home remedies like Drano and coat hangers, or they'll have to cross the border to find relief from clinics that have no accountability. As usual, women of means will still be able get what they need, whether it be contraception or abortions.

This is a sad and shameful period for American and it's treatment of women and their reproductive rights.

I'll have to get back to you on the particulars that I may disagree/agree with, but lots of good info.

Make no mistake people, the Pro-life movement is anything but pro-life.

Ok since blanket statements are 'acceptable'

What does this make them?

Their coming for your big pharma,corporate sanctioned government subsidized 'prochoice'.


That was pretty damn informative but, I think it is a whole line of Horse [snipped]

Why even bother with birth control when you can jump with a parachute. Or, as little Johnny might say " I'll pull out at the very last second, .. I Promise". And when he fails to do so. . ..

Then. .. there is the fall back that was just voted in recently. The Morning After Pill.

They are cutting off their noses despite their face with this. Do they not see that they have already failed even before they waste the time on the legislation.

EDIT:
If you have any money to invest I would put in companies that make the morning after pill. I am not kidding. Those stocks are going to take off like a rocket.
Just think about how much cheaper it will be then a Birth Control Pill Regimen


EDIT:
As far as abortions go that has already been remedied as well. aka The Morning After Pill.
edit on 3-7-2013 by ShadellacZumbrum because: (no reason given)
edit on Fri Jul 5 2013 by DontTreadOnMe because: Mod Note: Do Not Evade the Automatic Censors

We have a state full of people out there that don't even know we're doing this. And let me tell you what I think you're doing to them.

I think the provision having to do with ambulatory care centers is going to do away with health care as we know it for women who need help. And there are going to be more of them, not less of them. When you force these things in the ambulatory surgical centers, planned parenthood has four centers in the state -- none of them comply. Out of business. Nobody told us that in committee. I scurried around and got that information myself.

That crowd that is going to descend on you when you get back down here is going to know it. It is a frontal attack on these facilities that offer women's health care to women -- things they need, mammograms, etc.

This is going to turn into something, the likes of which we haven't seen since the 1970's. I hope it's merely a peaceful overthrow of cowardly politicians that know that they need to sneak these laws in under the guise of "Budget" or "Special Sessions" or they couldn't do it.

I hope state and federal judges step in an put injunctions on these over the line, draconian measures, that bypass the American Medical Association and women's constitutional rights.

posted on Jul, 3 2013 @ 08:41 PM
link
Hmm, looking to the future, and assuming this madness will spread, I wonder if this is going to lead to Child breeding centers.
They will use stuff like this to convince the unthinking (99% of the population) that child birthing and rearing must be under state control.


I wonder just how many people will read that and think it's true?
Swanson is an imbecile.


I say that women should band together and file a class action suite against these morons.

In addition to that, it is an ALL Male panel pushing this and could be easily construed as sexist. At a minimum.


Couldn't agree more. The last thing governments want would be a dramatic increase in population, not to mention the $ billions that big pharma would lose.

That is where this is leading.

From the looks of it you will be required to get a certification just to have "A" child.

You're wrong- a lot of people in the US government want it because it increases sales for corporations, and it's an attempt to keep republicans in office by guaranteeing there will be lots of poor, uneducated fools to vote for them.

My respect for you continues unabated. I notice you combine abortion and birth control in your OP, but since your headline deals with birth control, and I'm not quite ready for another abortion thread, allow me to make a comment about birth control alone.

We all have issues that get us hot and bothered, I suspect this is one of yours. Is it possible that you're making a highly unlikely threat look like doom is just around the corner? I don't often source The Daily Kos, but they have something interesting.

Q: Do you have a favorable or unfavorable opinion of birth control?
Favorable: 66
Unfavorable: 16
Not sure: 18

I'm not willing to believe that everyone who has an unfavorable opinion of it wants to ban it. So, we're looking at what, maybe 10% of the people who would like to ban it? Dear windword, you can find 10% of the population willing to ban anything.

I don't understand your cause for concern.

P.s Unless, maybe, you're saying that opposition to birth control is such a horrific opinion that no one should be allowed to have it?

Well there has been a documented upsurge in uterus removals in older women who started using the pill back in the 70s. The body cannot sustain a negative chemical effect, interfering with natural functions, on part of the body without some destruction eventually.

They are already going to have 30 million Illegal Immigrant Votes.

Besides, it will take At Least 18 years for those votes to come to fruition.

That is where this is leading.

From the looks of it you will be required to get a certification just to have "A" child.


An all done under state supervision in a breeding center!
It's coming! maybe not in my life time, but it's not gonna be long.