I would like to see pictures of actual alien symbols

posted on Jul, 3 2013 @ 02:24 PM
link
I would love to see pictures actual observed alien symbols as best as you can depict them.What is the symbol for earth for instance? If you can show me I would appreciate it. 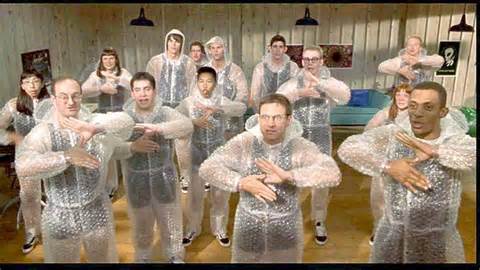 A rough mock up of what I saw in a trance meditation, it means star fleet and was rotating, the gold or yellow represents the sun and the blue the earth or sky, depending on which side is what colour it means from or too.
The contacts were excited and frightened when this symbol popped in to the image of a wall of symbol's none of which are remembered but this and this was what rattled them.
So leaning like this means coming back to earth and the other way means leaving earth as it points to the sun and away means leaving or departing.

To camero68ss any chance I could borrow one of them stress sheet's I am dying to pop them bubbles all day and annoy everyone like a kid.
edit on 3-7-2013 by LABTECH767 because: (no reason given)

Here's some other examples of alleged Alien script

Yes, those Nordics had symbols on the soles of their shoes! 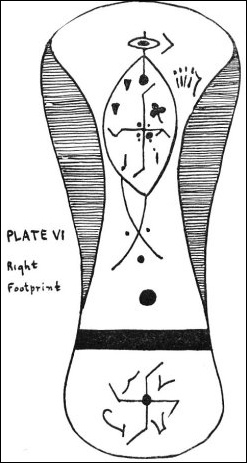 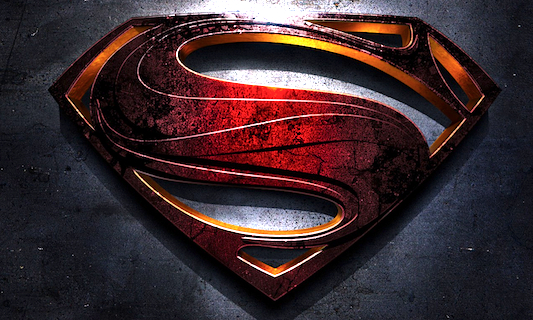 This is an alien symbol from a planet called Krypton, it means "hope" 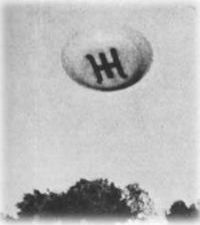 posted on Jul, 3 2013 @ 03:26 PM
link
I don't know how to post the picture...but the symbol for a planet --- not necessarily Earth --- that might have been carved by a space alien, down at Calvert Cliffs, Maryland --- is a spherical 3 dimensional carving, that had been carved into the face of cliff; about 1.5 feet in diameter.

The laser holographic symbol for Earth --- that I still don't know how to post the picture --- for the dinosauroid race that visits our Earth: Is a pointed rocket ship ICBM type missile, with three rocket plume trails, that have three capital letters of the English alphabet, next to the rocket ship --- ESS --- which I believe stands for...Earth Star System.
edit on 3-7-2013 by Erno86 because: typo

posted on Jul, 3 2013 @ 03:37 PM
link
I'd suggest caution in swallowing anything presented as actual alien script in consideration that there's many working fictional alien scripts:

13 Alien Languages you can actually read

These are of course entirely fictional languages, but, in a sense, Klingon for instance IS an actual language, though just a fabrication.

It's easy enough to make up any spooky script to represent Alien writing, or, if you like, Elven, Dwarven, or anything else one might like to pick out of science fiction and fantasy literature.
Doesn't Star Wars have several alphabets, and besides Klingon, Star Trek has other alien languages as well?

Thus, caution.
What might be sold as real, will likely not be.

We don't even have proof that there are actually aliens so, alien script?
For all we know, if one wants to take Ancient Aliens seriously, The most ancient examples of writing around the planet are Alien script. 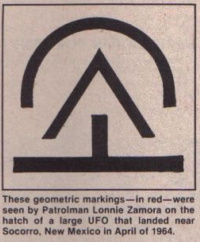 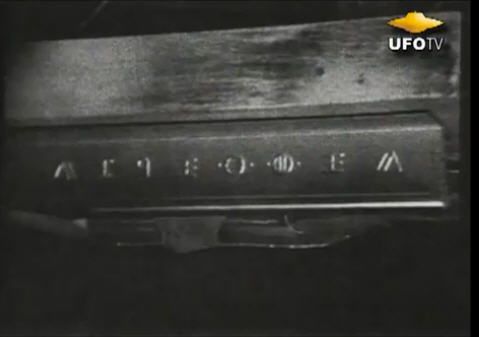 Originally posted by cavtrooper7
I would love to see pictures actual observed alien symbols as best as you can depict them.

As I have said in other posts I am well read as well as a sci fi fan.While that one alphabet did resemble goetic symbols there weren't any I recognized ,nor runes.
I know all of the primary alphabets anyway.
I saw the roswell pic years ago so I know those.


This is the closest you will ever see. But they are really from the lost ancient civilization 10,000, 14,000 years back before the flood. Those are some of the pages from the caves in South America unless I'm mistaken.

posted on Jul, 4 2013 @ 12:48 AM
link
We should probably be focused on proof of actual aliens first, before analyzing alleged "alien" alphabets. 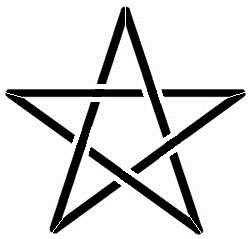 Seen as a crest symbol but on the right side of the aliens chest when I woke up briefly during an abduction about a year ago.


The symbols on the lower two pictures look really familiar to me. I was looking through the Volnich Manuscript the other day, just to see what it was all about. But there were some repeating symbols on one off the pages that I know for sure is in your picture. Its the one that looks like it says lnaN next to it that made me think of it. I don't know if that's of any relevance to you at all, just an observation.