Triangular UFOs: An Estimate of the Situation 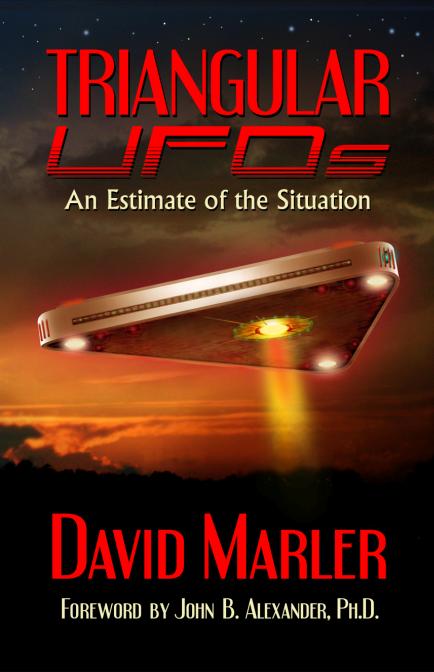 This is the first in depth book on the Flying Triangle UFO phenomenon. These UFO types get mentioned in other books, however, not even close to the depth that this book provides. It shows that these craft have been seen since the late 1880s.

I predict that this book will be a classic. Its the definitive book on the subject of the Black Triangle UFOs. Amazon has it now.

Originally posted by cheesy
what do you think? Round UFO and Triangle UFO..Which will most Sold?

I think it may depend upon how many miles it has done...


My estimate of the situation in regard to triangular UFOs is they are in all probability ours , we have been playing with flying wings and stealth blimps for years .
Here are some German designs from the war period , as we know the people working on these things were treated as the spoils of war and continued their work for the Allies after the war. 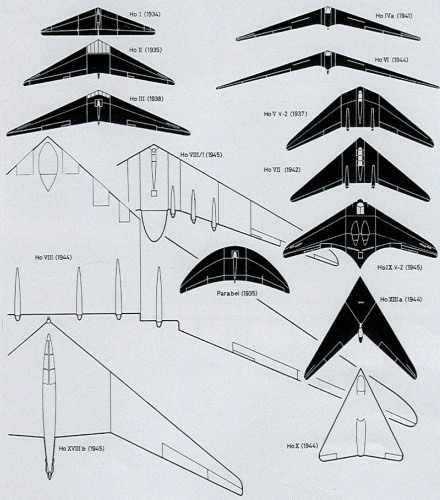 posted on Jul, 1 2013 @ 10:43 AM
link
AWESOME!!!
Very cool OP and I agree this will be a big deal
in the world of UFO followers. And David Marler would know,
being Illinois Mufon director in the 90's and in the area
during the States well documented 2000
(& still occurring) giant Triangle flap.

I do think some may be ET, because of reports going way back
from the 1800's to the 1950's of giant triangles.

But now, more & more sightings are of a black project USAF triangle, IMO.
And really I dont think we are that far from a ofiicial unveiling
of the USAF version.

Heres a recent interview with the Author, by Richard Dolan
about the book.
Highly recommended
www.youtube.com...

you learn something new everyday hrer on ats s&f

I saw a ufo just like that a few years ago in the santa cruz ca, mountains. it didnt make any sound... and fog started to descend on the area a few seconds after it flew over. Ive wondered if it was ours.. but the the fog, and the lack of sound.

posted on Jul, 4 2013 @ 11:12 PM
link
I've been interested in these phenomena since the 80's so I got the book in hope of it revealing a little more info but, to sum it up, it only confirms that little to nothing is known about them or their origin & purpose apart from spasmodic sightings and highly variable descriptions. If I hadn't seen one myself I'd probably be highly skeptical about their existence and still, if I talk about my experience, I get those looks from some as if to say 'you forgot to take your meds today didn't you'.

I know what I witnessed and I know that the military investigated although there were no public report. The military reports here are sealed for 30 years but that time will be up in just 3 more years so I'll be watching for anything released then to confirm that I wasn't hallucinating all those decades ago which would give me some satisfaction even if it only confirms an unknown.


I and another seldom posting ATSer saw one several years ago high in the sky and way to the South of us. Didn't realize what it was until I got out the binoculars.

posted on Jul, 9 2013 @ 02:39 AM
link
What has me more interested, is if they are ours, where would we store them at? Some of these Triangles are mentioned to be over a mile wide. That is HUGE. A hangar that big would be noticeable and it would create a stir....like, what the hell are you storing in a hangar that BIG?

Also, I feel like if they are ours, that they are reverse engineered Alien Craft. Since a lot of reports of these things go back to the 1800s.


That's bugged me as well, where to park the things secretly in daylight when the earth's surface is extensively scanned and the data available to the public. For me, the 'U' in UFO only stands for 'unknown' and not extra-terrestrial so I'm more comfortable thinking 'we made them' but it would mean the camouflage developments are even more startling than the flying technology if that is the case.

Having seen one myself I have no doubt at all about others truthfully reporting their own sightings but, considering the decades I've been waiting for answers, the triangles will remain enigma for a while yet.


The one I saw was low enuf to see some detail. It was getting dark at the time but it had 5 or so lights on the bottom. None on the wingtips like most planes, and they were consistant. No strobes or color lights either just a faint yellow/Orange.

posted on Jul, 12 2013 @ 04:48 AM
link
People need lights, I dont think aliens need lights to fly with. They dont have to abide by the military rules either so I wonder if the ones with lights on them are Earth-produced craft. I cannot imagine an alien vessel needing lights to jump hyperspace or to fly millions of miles or wherever they come from.

The plasma ships and orbs made of light seem to be more likely to be alien in origin somehow and we have seen those in photos from Moon/Mars/etc. We have not seen so many triangles or cigar-shapes in the Moon/Mars photos.