According to an official statement as reported by Reuters, Greece’s bank rescue fund has turned to the banking mafia duo in order to sell off two Greek banks (Proton and Hellenic Postbank) that were all but decimated by the economic turmoil in the nation. And who better to help sell these banks and help Greece to get back to a stable economic than Goldman Sachs, who actually was very helpful in helping to wage financial warfare on the Greek people through hiding Greece’s slimy debt.

This truely stinks! Someone must have gotten paid alot of money for this insanity to happen


YES. BUMPed. Please pass the piano roll.
Now THAT's the crap. Even in the impossible probability GS and the Rothchilds
had nothing to do with imploding Greece in the first place-- to ask them for help
is the equivalent of sucessfully roping Jack Kevorkian into doing your chemo.
Sweet punctured (S)savior, depending on whomever you're personally saved by...

I mean seriously, WTH are they thinking? With all the bailout money that GS pocketed during the TARP plan I thought anyone with any common sense would know to avoid them like the plague. I'm sure they will do the same as before and this will be TARP Redux, they will come up with some elaborate financial "plan" for Greece and get a disgusting amount of money from the EU, then walk away with half of it in their back pockets. Later Greece will suffer from extreme inflation and an economy that is an even bigger disaster than what they have now. 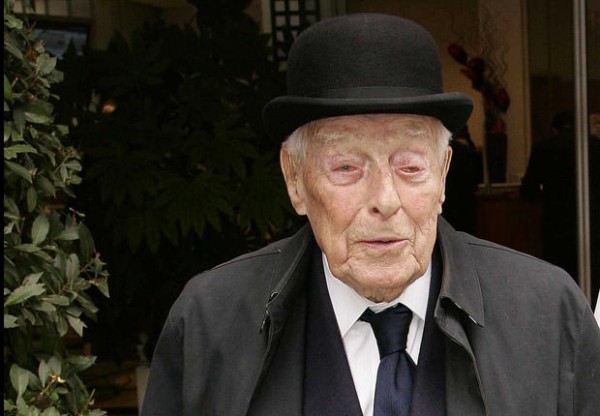 posted on Jul, 1 2013 @ 01:28 PM
link
So... let's see. We've got an incompetent banker (Goldman Sachs) that needed to be bailed out running a nation's economy, working with one of the most evil families on the planet (Rothschilds) to 'help' Greece's economy. The place already looks like Goldman Sachs or other incompetence destroyed it, and now they're sending him in to help? He'll probably get there, look around, and think, "Nope, don't have to do any work, this looks exactly like what I would've (and did) already have done." Meanwhile, the Rothschilds will take whatever's left in Greece that's worth anything.

I feel really, really sorry for anyone living in Greece right now. I hope for the best for you, but fear the worst.

posted on Jul, 2 2013 @ 12:11 AM
link
Thats sort of like putting the drug addict in charge of the pharmacy
You cant fix stupid

Originally posted by Dr UAE
Why not nuke them instead ?

Yes please nuke us.....
GS Played a big role in Greece's current situation when E. Venizelos ''played'' the money of national insurance organizations by buying big shares of scam companies and ''lose'' them just before the Eu would do an annual check so we were forced to borrow from GS so we could ''pass'' the critiria. were did the original money go? there have been many scandals in todays Greece that lead to to this disaster we are living today, including Goldman sacks, siemens, concret iraklis, various banks including the national bank of greece etc.
One day we woke up and they told us we owe 150 billion euros, and unless we get in referendum from IMF we would go bankrupt and have no hospitals, no schools, no payments of any kind.
after these threats we got in referendum and now after 4 years of harsh austerity, there are people with children who got fired and now the barely live, everything got twice expensive and taxes doubled ( poll taxes, value added taxes, income taxes, etc). they have invented a special poll tax which they included in our electric bill so if you pay the bill without the extra tax they cut your electricity supply anyway.

Did things got better with all this austerity NOOO.
NOW WE OWE ~`750 billion euros and keeps rising!!!! Politicians when asked did't give us, a precise number of debt untill recently, I guess Goldmans Sack and IMF knows better the economy in our country since they control it.
you see when we are borrowing money we must first pay back interest to the legal ''loan sharks'', so there is no money left to spend to the people who also pay back the country's debt by big taxes.
So they are forcing Greece to sell islands natural resources, banks, national energy and water organizations and many more, for a very small price compared to their true value,
But the worst thing is they SELL the people as slaves to the big corporations who will probably build their factories n corporations in greece, by limiting the standard paycheck so much that it is barely enough for food.
They want to make Greece the China of Europe, and obviously they are succeeding.
Greece is just an experiment of the ''perfect economy'' that will globalize in the years to come, be aware


Reminds me of something I read - I wish I could remember where - that WW3 would start between Greece and Turkey.

This is truly sickening - We've all been had - What are all of us "liitle people" going to do about it?

Originally posted by Happy1
reply to post by Dr1Akula


Reminds me of something I read - I wish I could remember where - that WW3 would start between Greece and Turkey.

This is truly sickening - We've all been had - What are all of us "liitle people" going to do about it?


Yes I've heard that too... That was a prophecy made by a greek christian monk many decades ago. It was mainly based to the ''contra'' between Greece and Turkey and the various wars between them in 1800s. But I don't think it has any value since it combined religious views of the Revelation with WW3 and the ''cold war'' between the two countries.
Right now the war is economic. and the only casualties are poor innocent people and children who fight to make a living.