In a move that comes as gesture of deep gratitude, the Israeli government permitted an extreme rightwing Israeli association to name a new settlement Obama. The building of settlements makes the establishment of a connected Palestinian state an impossible task.

As the above content states, this definitely hinders the peace process. Settlement expansion in the occupied West Bank is illegal and this news is announced while Secretary of State John Kerry is in Israel to help resume peace talks to find a resolution on the Israel/Palestine issue...this is very "ironic" in my opinion. 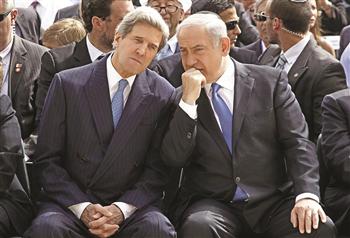 I wonder what it is that they are conspiring?

Bulldozers started to pave the way for the settlement a day after Obama gave his speech to the American Israel Public Affairs Committee (AIPAC) annual conference. The construction of the settlement comes in the larger context of a Zionization project that aims to link Jerusalem to the city of Ma’ale Adumim, north east of Jerusalem.

The hardliners in Israel always have their bulldozers ready to demolish Palestinian homes. They won't stop until every Palestinian is pushed into the sea.

The location of the Obama settlement is along the main road that connects the West Bank’s northern and southern regions; a consequence of building the settlement would therefore be to separate those territories permanently.

To top it off, this new settlement will now permanently separate two Palestinian territories so it will make it even more difficult for the citizens of the occupied West Bank to conduct their daily travels, it's already quite a task.

In order to make concrete the reality of settlement in these territories, the Israeli government has decided to move its police headquarters next to the Obama settlement.

Israeli radio reported that this step came to honour Obama’s positions in solidarity with Israel which he disclosed to his audience at the AIPAC conference.

In other words, Obama has assured the AIPAC lobbyists that he is willing to cater to their demands. AIPAC controls so much American policy both domestically and abroad that any American citizen should be angered to the point where they demand these lobbyists to be considered terrorist organizations.

The same thing is happening in my native country of Canada so I am not poking fun at the United States, we have our own Zionist stooge, but he is less useful to Israel than Obama.

Israeli official sources mentioned that the Israeli step comes in the framework of the strategy “Greater Jerusalem,” which aims to change the demographic nature of Jerusalem, raising the number of Jews to one million, a project put forth by former Israeli prime minister Ariel Sharon.

They might as well come out and admit that they will not stop until they have stolen the Euphrates to the Nile as this certainly appears to be their intention.

This is ethnic cleansing by forcing Arabs out of their homes to make place for Jews.

Another slightly related fact I would like to point out:

Iran named a street after Rachel Corrie, Israel named a settlement after Obama. 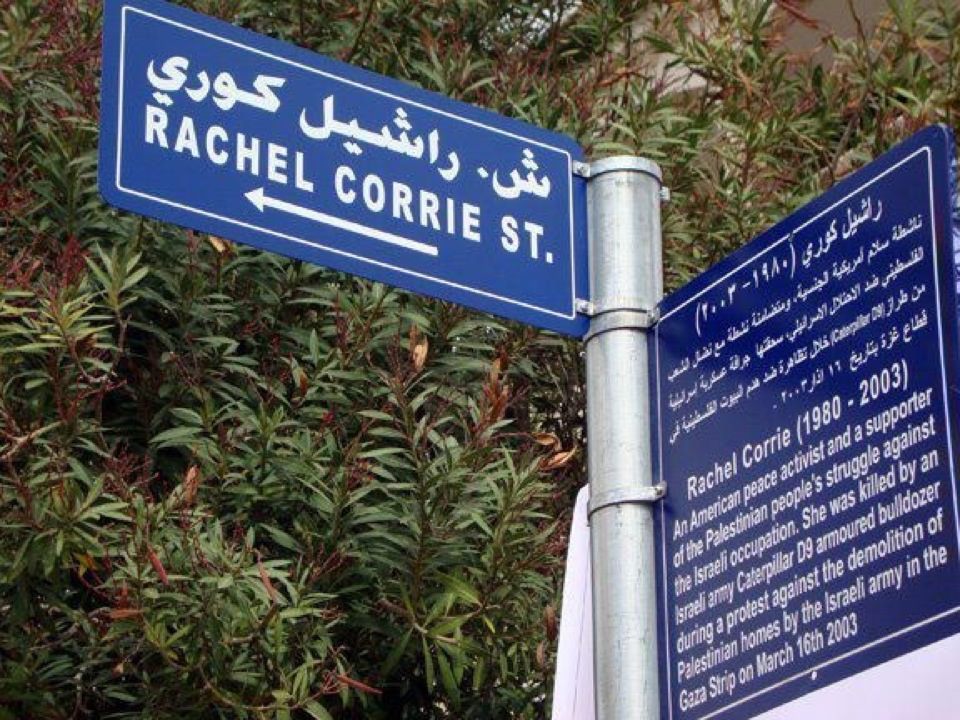 posted on Jun, 29 2013 @ 09:48 AM
link
To me, it seems like the Israeli's want to put Obamas name on it to put him in bad light.
It has nothing to do with Obama, but the Israeli's arent appreciating Obama's lack of will to fight for the Israeli cause, so what better way to turn up the heat on Obama, than by placing his name on a very, sore, settlement!
edit on 29-6-2013 by Agit8dChop because: (no reason given)


I think it is Israel saying "We are going to keep on expanding settlements and there is nothing you can do about it" to the world. Obama just spoke to AIPAC and made them very happy.

The thing is, in the mainstream geopolitical theater "Israel" is the beacon of democracy in the Middle East and many people will believe it is an honor for Obama to have an Israeli settlement named after him.

An another ironic thing is that the Christian fundamentalists who stereotypically do not like Obama, are the ones who praise these settlement expansions and do truly in fact stand in solidarity with Israel.


I don't think they need to say it, they are getting away with it.
mocking the western powers wont help, especially when them helping would greatly improve your... over taking abilities!

posted on Jun, 29 2013 @ 10:19 AM
link
It's the damndest thing....but you'd think by their actions? Neither side much cares about peace. In fact, there are times I think the idiots in Washington are about the only ones who care or have any interest in a peace process.

Israelis built settlements and Palestinians rocket civilian neighborhoods (The above was 5 days ago). How can peace even start in a place where neither building or shooting stops for more than a week or two at a stretch, year upon year? Let them fight it out and we can make deals with whoever survives it.
edit on 29-6-2013 by Wrabbit2000 because: (no reason given)
edit on 29-6-2013 by Wrabbit2000 because: Link fixed...sorry. I hadn't replaced my placeholder before posting.


Your link is not working, but I remember the incident you mention.

It is still debated whether or not these rocket attacks actually took place, and if so, who fired them.

The Israeli response was rather extreme but thankfully no one was harmed. I have a good friend who lives in Gaza who I spoke to about this incident, it's amazing no one was killed and all the targets that Israel struck had nothing to do with militants or the government of Gaza.

ETA...It's only fair I address the rest of your post

You are right though, until both sides are willing to make sacrifices, there will never be peace. But let's sit back and take a look at what has been sacrificed and by whom...it is the Palestinians losing their land and homes and being sent to refugee camps, not the Israelis.

So I do place the majority of the blame on Israel, this should be obvious though.


Not all the stereotypes about Israelis are off. They are tight on the money, with Iron Dome costing a few bucks to fire. They hit 2 incoming on that attack at some expense...if they weren't real. Iron Dome obviously isn't 100%. Err... They missed, too.

The Settlements are certainly not helpful though. To the Palestinians, I know the framing of a new building within sight and inside what was meant to all be theirs, even by 40's UN split maps, is no less provocative than the rockets into Southern Israel.


Not all the stereotypes about Israelis are off. They are tight on the money, with Iron Dome costing a few bucks to fire. They hit 2 incoming on that attack at some expense...if they weren't real. Iron Dome obviously isn't 100%. Err... They missed, too.

The Iron Dome is U.S. funded and Israel has a ton of money to spend on behalf of Uncle Sam so those warhawks in Tel Aviv are not losing any sleep over the cost of operating the Iron Dome, and LOL did you just call Israelis cheap?

Now, once again, the claims of these rocket strikes are alleged. So is the following supposed incident with the Iron Dome even attempting to take down these alleged missiles that no one can prove existed.

Israel has a history of striking first and using fabricated reasons for this offensive strike which they portrayed as self defense. I will provide examples if you do not believe me. Please ask if that is the case.


Actually, I am curious about documented cases of Israel fabricating strikes to then 'respond' to. I'm not suggesting that you don't have them. I'd politely say nothing at this point if I believed you didn't. It's that I know you're a good, solid poster that checks things out which makes it worth asking.


Iron Dome, as I understand it, has been majority built, developed and funded by Israel? (albeit by some of the grants and gimmies Uncle gives them in the 1 billion a year, I'm sure). In fact, initial stories I'd read when it had first gone operational indicated the Pentagon was whining about how it wasn't automatic for Israel to be selling us their domestic version.

It stands out because shoe on the other foot was priceless as a thought to the sideline there. We're always lording over Allies about this or that not being legal to share ...and Israel one up's the Patriot PAC III with something MUCH better, as it happens (for what it's designed to do, anyway)....then pulls the same on us about sharing what we did contribute to.


A President who has no problem using drones to kill US Civilians getting his own Settlement name?

I suppose you will tell me he received a Nobel Prize also? 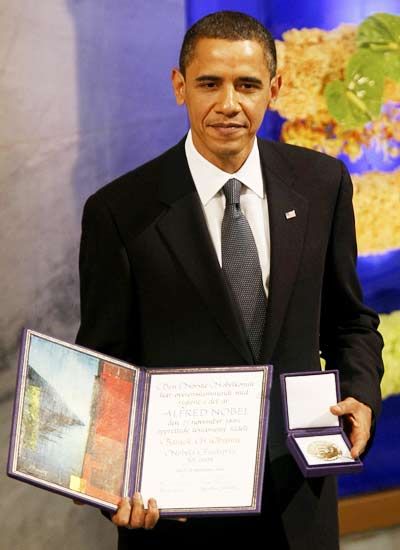 A picture says it best. Personally, I think it's about as great an idea as naming a new cruise ship the Titanic, but someone will want to live there, I'm sure.

posted on Jun, 29 2013 @ 03:17 PM
link
You sure its not a hoax? Cannot find anything about Obama settlement in Hebrew or English sources. I highly doubt that Netanyahu will push Obama that far,given the uneasy relationship between the two.
By the way - driving to the sea? Really? You step that low? Look at the map of West bank and tell me how Northern and Southern areas can be separated by one new settlement that is planned to be built between Maale Adumim and Jerusalem.
Here, have a map to guide you:

I apologize about the misinformation and any misleading as it was not my intention.

I have alerted the admins to delete this thread.

Ahhh... the twists and turns the worm makes as it builds a nest and lays the eggs.

On one side, it is poetically appropriate.
On the other side... standing outside the White House, one could overhear, "THEY NAMED IT WHAT???"

There are times when global politics can be amusing, lol.

Really anyone can name anything they want to if they want to name it after a nobel peace prize winning mass murderer so be it.

Checkout IMI they have better stuff than we do checkout the US counter part of C-ram Centurion.

Getting rather tired on the endles threads of Isreal and Palenstine make em til your hearts are content which is one of the biggest reason the Middle East is so screwed up because FOREIGNERS keep sticking their noses in there that has lead to over 2000 years of rinse and repeat 'help'.

I got 99 problems and Isreal and Palenstine or a town named after the furher ain't one of them.


So we weren't far off with the term "Obamanation"

Just that it should have been "Obama Nation"

It's like naming out of spite for not completely bending over on every issue, just some.