Sen. Robert Menendez (D-NJ), the head of the Senate Foreign Relations Committee, has promised to block any efforts to renew the Andean Trade Promotion and Drug Eradication Act when it expires at the end of July, setting the stage for a broader trade war against Ecuador.

Though the act initially covered several nations, most now have separate trade deals with the US, and Menendez says that Ecuador should be punished if it accepts whistleblower Edward Snowden’s request for asylum.

Ecuador’s Foreign Minister says the US threats are likely to slow an asylum consideration by “months,” apparently the hope being that the US will, absent a granting of asylum choose not to stop buying their broccoli.

Though Ecuador’s largest export to the US is oil, that’s unlikely to factor into this decision, as oil could be sold literally anywhere else. Hundreds of millions of dollars in frozen broccoli and cut flowers, however, will be harder to simply transition to a different market, and could by themselves have a terrible impact on Ecuador’s economy.

Sad things that over 1 person, they threatening with sanctions on a whole country. Must be nice to force your will if they do what you don't like.

Looked up Robert Menendez, we got such politic figures in my country, Always kinda on the background but forcing their will on others and having their job for years and years. By just looking at his pictures, you can see he's kinda like a preacher threatening others with hell and enjoying it doing so. A despicable person.


I am pretty sure that the "Five Eye's" nations will have issues with the rest of the globe...

Funny how the focus is now on Snowden, and not what he revealed.. :shk:


Regardless of anyone's hero/traitor thoughts on Snowden, don't these guys know that International Law says no person can be extradited that is A) actively seeking Amnesty B) whistle blowing human-rights (privacy) violations or C) facing mortal danger or ill-treatment if returned to the seeking country?

posted on Jun, 26 2013 @ 11:48 PM
link
What a complete idiot. I take it the Senator hasn't been to a grocery store or had to attend a funeral in recent times? Well sure, I have no doubt the American consumer will be happy to endure the higher costs for flowers (which are ANYTHING but cheap right now to start with) as well as broccoli. Someone eats the stuff right? I hauled enough of it up from the Mexican border at certain times of the year.

I figured this is what would come and his voice will probably become a chorus soon enough. It's why I feared Iceland may take him. Ecuador has already taken measures to becoming US sanction resistant. They had to have for their long term accommodations for Assange at their Embassy. Iceland on the other hand... Well, they could have been real badly hurt by what may come next in all short of military talk.

I can't see it going that far (unless there is a black clad rendition team in the wee hours of the morning...that's absolutely possible). Economically though? I think this can get real real ugly. It depends on how petty and short sighted some are willing to be, IMO.


They are used to doing things as they wish. I can, I will and do, nobody can make me do otherwise.
So when they will continue with this and for example Amnesty International says it's against international law, will they even listen, let alone read it? They don't care about that for sure.

Now we have a senator from the President's party, threatening a much smaller country, "We'll get tough with you."

The message to the world is that the US is a cowardly bully and deserves to lose respect.

Has anything gone right in the last five years?

Originally posted by Wrabbit2000
What a complete idiot.

Don't tell ATS, tell your elected representatives, tell the newspaper comments section. Tell them loud and tell them often! This is how things get changed.


You forgot the President handing it off to the Justice department...


We all do our part in different ways. I'm on ATS a lot because I'm married to this computer and these screens for entirely different reasons. During terms, it's course work for a degree as a full time student. Summer? Well... This is when I have time for personal causes and a lot of time that category requires too. The hours didn't change much...just the nature of what I'm doing elsewhere the majority of my time. A very large and complex redesign project on a thing meant very much to address this, among other things.

We all do what we can, as long as it is actually what we can do, right?

Originally posted by neo96
Me thinks the Senator doth protest too much considering:

My friend, wasn't he suppose to be setting in an airport still in Mother Russia???
I'm sorry, been out of country and parting hard


Love how the reporter says he avoided the question so he didn't have to put his prestige on the line.
Really! What prestige?

Also, if they are so concerned about following the law, maybe they shouldn't have broken it in the first place!

I wish Snowden would just release all the crap he has before it mysteriously disappears and quit pissing around already.

If his info is so good, once its released, the vast majority of Americans might actually fight to keep him from being prosecuted.

Buy your way to asylum with your info, then release it all. Its way past time to let the cats out of the bag.

Snowden is safe at home base.


Originally posted by neo96
Me thinks the Senator doth protest too much considering:


My friend, wasn't he suppose to be setting in an airport still in Mother Russia???
I'm sorry, been out of country and parting hard

posted on Jun, 27 2013 @ 12:36 AM
link
I can't believe of all things there is a threat to broccoli imports. Not something they need but something they rely on us buying. If I were them I'd flip the bird at that one and say now you don't get anything. How hard can it be to sell their broccoli to anyone else? It would probably cause a month of losses but they could do a trade with someone else to offset this.

Our government is so embarrassing. I'm ashamed to be represented by anyone who does dumb stuff like this. Bullies that are shameful to their countries. Actually it makes one want to look harder to see what it is these guys are so defensive about.

Snowden doesn't need to say anymore actually. These guys are hanging themselves with their response to him. Anyone ever heard of emotional regulation?


I think Snowden has released it all, his media cohorts have been silenced...

The past week with the immigration deal in Congress, The Voting rights act being snipped by the Supreme Court, and the President rekindling the GLOBAL WARMING deal ( whilst wiping his brow) sealed the deal for me...

All 3 branches of our "checks and balances" gov't, making news on very divisive issues, has taken the stage with help from the MSM....

Don't forget the message sent to the media... ( pure speculation on my part) when Hastings suddenly hit a tree...


There are more hints to my scenario but those seem the most obvious...

I think Snowden has released it all, his media cohorts have been silenced...

I'm sorry, but I really hope you're wrong about that.

I want something to be released that will REALLY wake everyone up.
Funny that the whole invasion of privacy thing didn't seem to open many eyes.

A lot of people I hear from just brushed it off as "Oh well, what can we do about it?" Idiots!
That makes me angry. 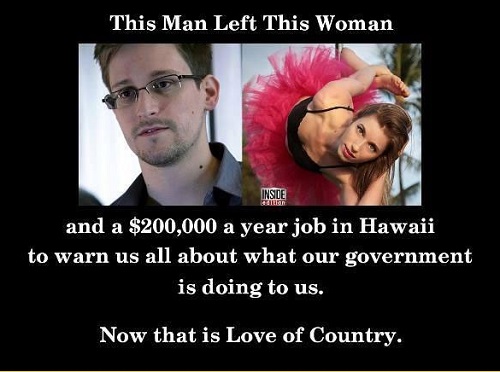 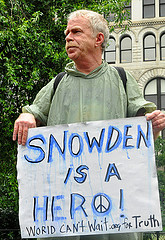 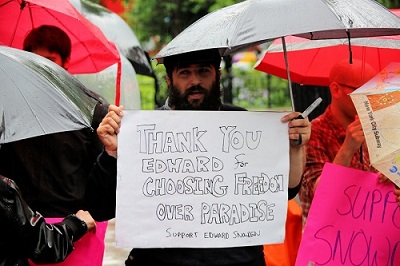 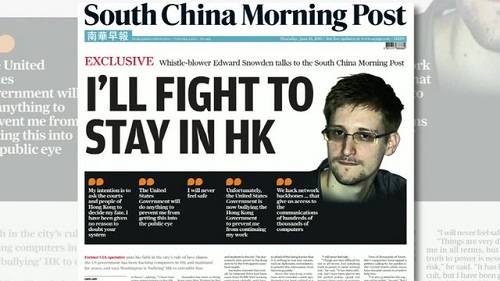 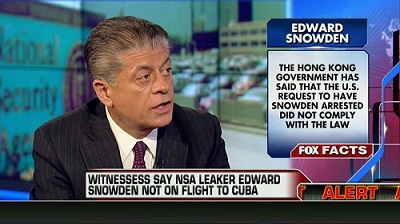 you're all decide Snowden Evil or Angel ...