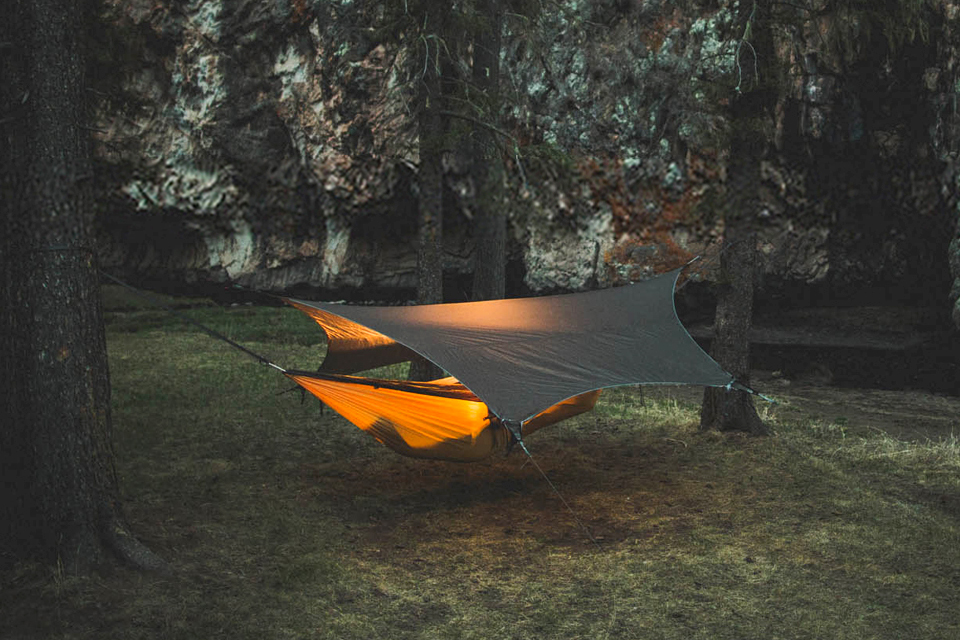 Its called the Kammok Glider Weather Relief Shelter, and has Attachments in the corners to fasten water bottle too.

Looks like a well make bit of kit, that could more than earn a place in any Preppers inventory

posted on Jun, 26 2013 @ 01:15 PM
link
Bit expensive when you know how to make one with a large sheet of plastic or tarp.
But If I had unlimited money why not

posted on Jun, 26 2013 @ 01:17 PM
link
Seems a bit pricey for what it is. I mean, essentially, it's a hammock with a rain tarp. Any tarp could be used to collect rain. Just looking at the design, I fail to see how this wouldn't simply allow the majority of the rain to go off the sides of the tarp (and you can actually see this in the video). I'm curious why there aren't channels like mini gutters on the edge, to carry the water down to the corners (and you'd have 4 water bottles, one at each corner). THIS improvement might make it worth the asking price. However, the price seems to be based on fundraising, not value (it's part of a kickstarter campaign), so it is dubious if you would even receive the product. Be wary....

A standard tarp, some bungee cords, and a water bottle below a hole in the middle of the tarp, would seem a more efficient collector. In fact, you'd probably be able to fill up all 4 water bottles in just a few minutes, of a decent rain with this other method.

A standard dome tent would be easier to put up, most have a rain tarp that you could adapt for a similar purpose, and they are much cheaper (and have the added factor of insect protection and keep you dry even in a storm).

I've had my little dome tent stand up to storms that collapsed others' metal framed tents.


I have seen those before. They do not look like the would work to well. Imagine if there a was torrential downpour..! You would be soaked. As above posters have said you are better off making a DIY one yourself. Cheaper. Will undoubtedly be stronger. And more effective..!

It would look really cool high up in the woods...

Get inside the Animal Freddy...

@ Gazrock from what i read about it, it's got something to do with the way you pitch it, when it's properly tensioned, gutters form at the bottom seams, allowing the rain to flow to the water bottles, that are screwed into the receivers at each corners.
yeah the same thing is definitely doable on a budget, but just found it interesting, and hey in a SHTF scenario if you are a Bug-Out type, and wanna move quick and light, it an option to consider even if you just make use of the idea


gutters form at the bottom seams, allowing the rain to flow to the water bottles, that are screwed into the receivers at each corners.

Yep, I saw that, but watch the video again, there is a TON of water just running off the sides of the tarp. A simple channel could prevent it, but somehow isn't in the design. Also, I'd make it to where a standard drinking water bottle could screw on as a receiver.

The basic idea is sound, but not really necessary. If it rained, there'd be plenty of water on the tent itself, to keep you alive. For that matter, even without rain, tents collect dew like crazy. Even if you had to lick the tent, you could survive. Neat gimmick, but less than perfect execution.

if you are a Bug-Out type, and wanna move quick and light, it an option to consider even if you just make use of the idea

I can't imagine this would be much smaller than a well-packed dome tent though. And it really is far superior. If you've ever been in a storm in one, you'd appreciate just how secure a shelter it is. Sure, it may blow around the sides like crazy, but it kept me warm and dry, while my friends in their collapsed metal tent slept in the cars. (Granted, I could have slept in my car as well, but I didn't camp out for that).


Too pricey, I'd rather just do a Bear Gryll's and sleep inside a Camel or any other dead animal that I can fit inside.

Get inside the Animal Freddy..

No thanks... Smell, insects, scavengers, disease, even soon after death these things are going to be problems...especially after you sleep and then wake up. Might as well ring the dinner bell.

In Siberia, (or Hoth) may not be as much of a problem here, but I think I'd rather make an Igloo. Those things can be pretty cozy. We made them a lot in Alaska. Here's a good link that is pretty much how we made them. We made our own snow block mold using some old wood. (it goes SO much faster with one or two of these). The hard part is the capstone. Often takes a couple of tries. Use water to smooth out the interior walls (but leave grooves for runoff)

Originally posted by TheRedneck
I can do the same thing with a free tarp, $5 worth of bungees, and the bag the tarp came in.

But Redneck you're an engineer. no fair.
Or we can just stick some cheap poly piping onto the bottom periphery of the Otter..
and hang a couple of cans on the low side. It's not just for sheet metal guards anymore.

On the other hand if you've got a collapsible walking stick that can make it down to
three feet or so.. origami yourself a 9x12 ft. still, sleeps 2. Fill your boots in the corner. LMAO. 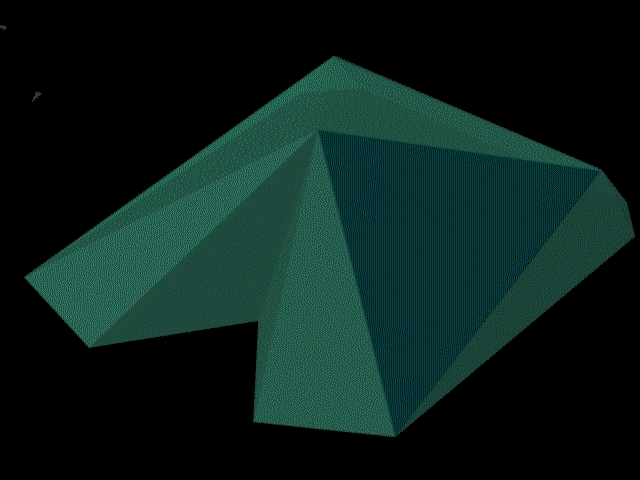 Best of all if you get a lightweight metallized poly, it'll bounce radar and FLIR enough to give
back the signature of a flattened field mouse. They'll never drone us in this, Colonel..ROFL

On the other hand fifty or so buttons on the internal solar calculator can get away from you
sometimes... gotta cut back on the coffee after 1900


But Redneck you're an engineer. no fair.

You simply use the bungees to mount the tarp at an angle (and with a slight sag in the middle), and to pinch in the middle of the side on the bottom of the slope, to funnel the water into the empty bag. (you can even use a bungee to form a "grip" for the bag, to hold it in place, using the grommets of the tarp).

You got it first guess Gaz.

When I was building my shop, I had to do it on every other weekend, since I drove a truck at the time. I put up a floor one weekend and covered it with a huge tarp, with a pile of wood across the center to make it shed water. The next time I had two side walls up. I stretched the tarp from the top center of each wall tight and in the center of each end where there wasn't a wall I tied it tight to the floor. It shed water both ways.

When the last two walls were up, I stretched it tight across the back wall and the two side walls, then down to the floor again in the front through the door opening. I used some smaller tarps to cover the top of the front wall. That week we had a flood. When I came home it was still gushing water out of the sky, and the amount of water that thing was shedding was awesome... like a river coming out the front!

To make a water collector in the woods, tie one side of the tarp loosely between two trees so it sags and the other end tightly between two other trees. Then on the loose end, tie the center to the trees tightly so it has that channel in the middle of it. The tarp and bungees will make an 'X' shape, and water will drain out the center of that 'X'. If the tarp is long enough, find a dead log and bungee it between the two trees on the tight end, then fold the tarp over that and bungee it at the bottom for a wall.

That'll do you plenty long enough to build a good solid roof and some walls.

Don't need a degree to figure this stuff out.