Actual Bilderberg Documents over 100 of them

Originally posted by Plugin
In theory yes in reality, when did that happen for the last time?


For example, in many countries in the EU where where far-right parties have recently become one of the bigger parties. Even idiots are stealing votes from the popular parties and becoming one of the biggest themselves.
If idiots can do it, so can other people too.

In my country we got basicly three big ones, I have seen many different party's rulling (although they Always have a power structure with more party's, mostly 2 or 3) and it's all the same since I can remember.


If this is the case, you should vote for some other party.

It's more like most know that voting on a party which doesn't got a change is basicly a lost vote so they mostly make a decision with voting on a big party and then on a party they can agree on some things.


If this is the case, then they apparently do not understand how a democracy works and how important it is to vote and talk about a small party that you really believe in.

And yes the masses most go the same way or do what's populair. Like kids who likes the car of their dad.


Well, if they think that's the most important way to choose their party, they have all the right and freedom to do so. It may be idiotic but it's the people's decision.

A internet craze is short lived, and snowed over/forgotten soon when the big media show comes with the new political 'leaders', where you don't see anything else on TV!

The masses don't know much about other party's/leaders, they get bombarded by the main candidates.


In a free country, you are free to decide yourself how and what information to gather.

Ok never say never, it can happen but the change is very small and even then it remains to be seen things change.


How about starting with yourself? If you act like the masses, why complain? If you don't complain, then everything's fine already? If you do complain, do something about it. Change your way. And if you change your way, you will make a difference. How much of a difference is partly up to you, and partly up to the people who do or do not agree with you. If they don't agree with you, then what they have now is better than what you propose.

posted on Jun, 18 2013 @ 09:55 PM
link
Well it looks like they are doing productive things at these meetings, those hand-outs seem informative.


Thanks for this find. It's interesting reading - although dated - still provides a very unique and useful look into the minds and motivations of the Bilderberg.

I'm about half way through reading the documents posted and what is striking about it is their anti-communist agjenda. Apparently, back in the 50's, they were very scared of Communist influence in the west.
But not for the reasons people are espousing here, mostly because of lack of context.

Back in the 50's - America lead the way into the modern world. Atomic Energy (when it was still called that) was the brave new frontier. The West was the symbol of Modernization and Civilisation. Communism threatened to disrupt all of that (in the minds of the influencial).

From the tone of the documents presented, the founding members of Bilderberg appear to be very concerned with restricting the influences of communism than protecting their own influence.

Also of note is that this thinking is in direct contradiction to the currently espoused goals of Bilderberg (mainly by Alex Jones) which states that the Bilderbergs are all about Globalization / NWO.
The existence and information contained in these documents (if one would actually read them) directly contradicts this theory.

posted on Jun, 22 2013 @ 05:31 PM
link
And threads like this show why the Internet is an enemy of the Elite, they'll be taking it down/changing it in the near future, everyone will have to login through Facebook

posted on Jun, 22 2013 @ 06:05 PM
link
Thanks for posting, checking it out at the moment. They had quite the fancy dinner i have to say, perfect for talks of world domination 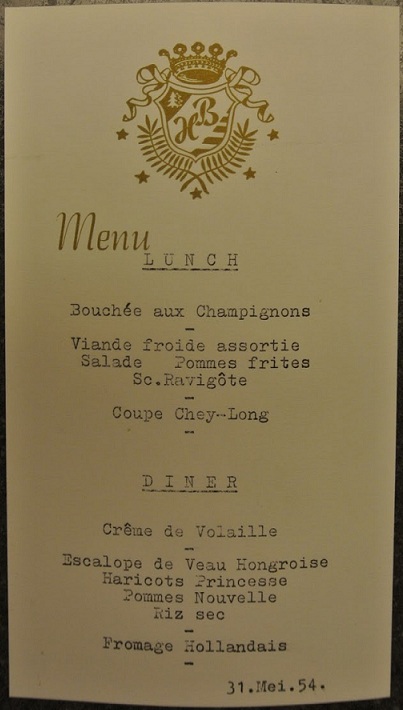 *I would suggest breaking up that gigantic paragraph in your OP so that it's easier on the eyes while reading. Also, can you quote that much content from articles?

Originally posted by Sankari
reply to post by haven123

Nothing even remotely controversial here. No surprise at all.

by Sankari : Documents from the 50s, 60s & 70s. Real up to date stuff, I see! Nothing even remotely controversial here. No surprise at all.

So you read ALL those documents in 8 mins! That's Amazing!