If the Earth had Saturn's Rings..Pictures.


I have to pull you, and Lady_Tuatha up on one thing. Beyonce has only ever had two good points her whole life, and neither of them have much to do with her singing voice, or lyrics

In all seriousness though, the whole manner in which rings form around planets is pretty astounding. The subject of ring formation is one of those things which I feel we could learn an awful lot about, by visiting other star systems to examine the way those planets behave, and how thier gravity interacts with the dusts and cometary material in thier location. It may be that substantial rings just cannot form around solid planets like our own, but we cannot find out if we remain locked in this star system.


hahahahahaaaa..... (at the beyonce part)
ive always wondered if when we look out into deep space were looking at ourselves in the past as the further you look out the further in the past it is......
and when the big bang happened everything expanded way WAY faster than the speed of light.... so therefor is it absurd to think we could be looking at our own galaxy at an earlyer point in time when were looking at distant galaxys???
also back on topic ring systems are everywhere i mean our own sun must have had a ring of dust which our planets formed from and on an even bigger scale the galaxys supermassive black hole at the center is surrounded by a disk of stars and planets......
EVEN BIGGER the entire universe could be one giant disk revolving around the center of the "big bang" location
edit on 18-6-2013 by anonymous1legion because: had to clarify what i was laughing at

and oh my god, thoughts like that would give me a headache! lol 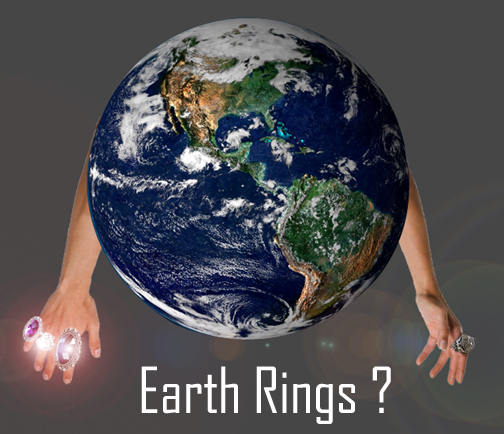 Put simply the earth continuously receives electrical energy from the space plasma via the familiar lightning strokes with thunderstorms The issue then is - are the storms produced by the incoming electrical currents or vice versannKristian Birkeland demonstrated this with his Terrella experimentsnnnThornhill further writes: Around 1900 the famous Norwegian scientist Kristian Birkeland performed experiments (left) using an electromagnetic terrella magnetized metal sphere as one of the electrodes in a gas-discharge apparatus He created an artificial Aurora around the poles of the terrella replicating the effects of the solar wind on the magnetic Earth He also simulated other cosmic phenomena such as the Sun's corona sunspots and the rings of Saturn using other small metal spheres Note that the experiments use external electrical power The era gives a measure of how far we must backtrack from the current dead end to bring astrophysics in tune with realitynnThe electrical model of the Sun and its environment answers the question of how the solar cycle can have more effect on the weather than expected from solar heating alone Because the planets are minor electrodes in the Sun's circuit they are subject to the full variation of the galactic electrical input It explains the simultaneous warming of other planets and changes in their atmospheres Even distant Pluto (at the time still a planet) baffled astronomers by continuing to warm up eighteen years after its orbit began to take it further from the Sun Electrical energy may constitute a major energy source for the outer planets And of course on Mars there are no SUVs or farting cows to explain its warmingnnWhen Birkeland changed the electrical power into his Terrella he observed that the electrical discharges moved from lower to high latitudes much like the behaviour of hurricanes and cyclones on Earth -
edit on 19-6-2013 by jhonkerry because: (no reason given)


That's very interesting, thanks for the contribution