If the Earth had Saturn's Rings..Pictures.

Below is pictures of what the earth would look like if it had Rings in the same proportion to our planet that Saturn's rings are to it, by science fiction illustrator Ron Miller.

From Polynesia on the Tropic of Capricorn 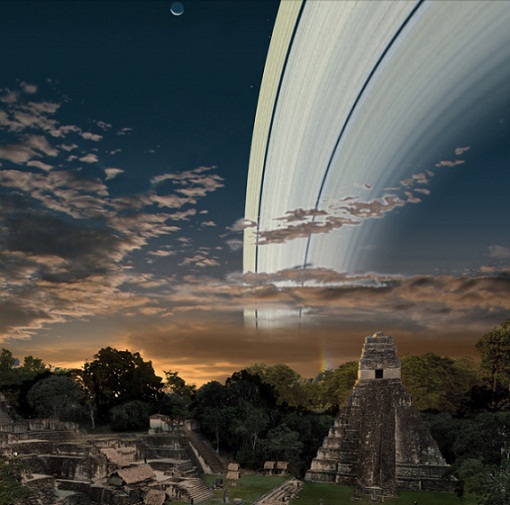 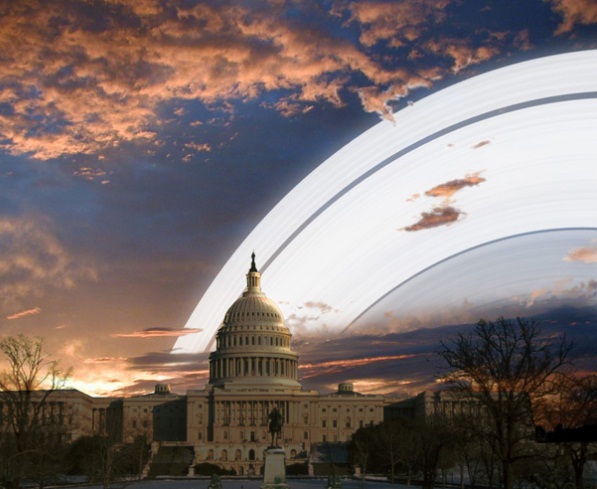 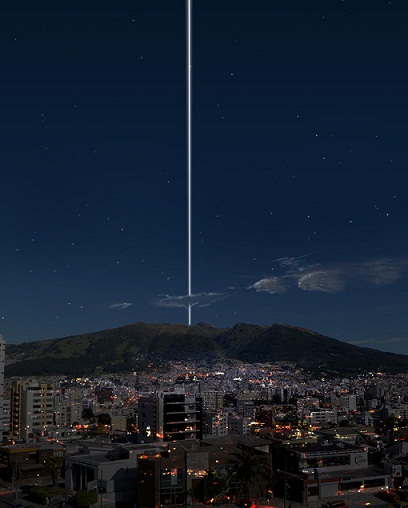 From Nome Alaska, the rings would be barely visable 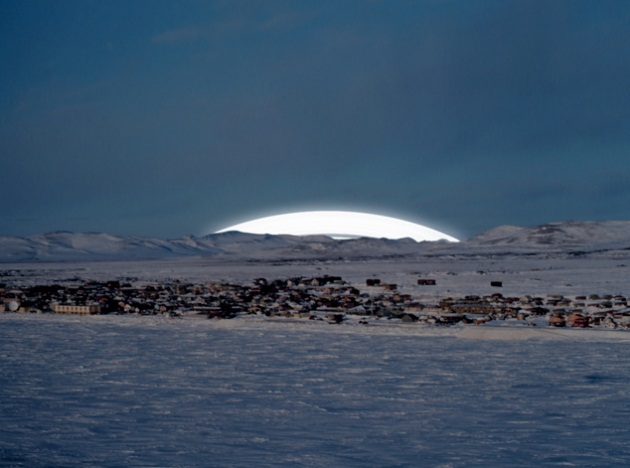 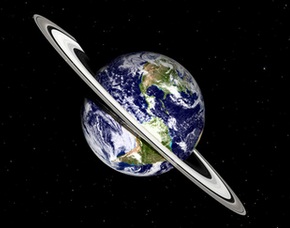 Here is a link to a site with more information about Ron Miller.


Yeah I understand that, it is hard to work it out, here is what the illustrator said about it -


Polynesia on the Tropic of Capricorn—at 23° south latitude a 180° panorama gives an idea of what a magnificent sight the rings would be. The dark, oval-shaped break in the middle of the ring is the earth's shadow. During the course of every night you would be able watch it sweep across the ring like the hand of a God's own wristwatch. Here it is midnight, with the shadow at its fullest extent. The edge of the shadow is tinged an orangish-pink as sunlight passes through the earth's atmosphere.


Yeah I understand that, it is hard to work it out, here is what the illustrator said about it -


Polynesia on the Tropic of Capricorn—at 23° south latitude a 180° panorama gives an idea of what a magnificent sight the rings would be. The dark, oval-shaped break in the middle of the ring is the earth's shadow. During the course of every night you would be able watch it sweep across the ring like the hand of a God's own wristwatch. Here it is midnight, with the shadow at its fullest extent. The edge of the shadow is tinged an orangish-pink as sunlight passes through the earth's atmosphere.

Ah its a shadow! I thought it was a hole in the ring...


Sick. Great photos. Interesting concept, I have always wondered about that.

At this point, I want Earth to have rings.

Now I want something that I didnt know I wanted and it will haunt my dreams.


I would like rings too, it would be great to travel around the world looking at the rings from different viewpoints.

posted on Jun, 17 2013 @ 06:26 PM
link
This image, and the way it makes me feel, totally encapsulate all the best reasons for mankind to do a more proactive job of exploring space. The sense of wonder that this image, which I am conciously aware is a manipulated image, summons to my mind is vast. The very idea of being on a planet which has rings, and being able to observe them from the sort of perspectives offered up in the image set provided, fills me up, excludes all other, less staggering thoughts.

It makes you think about more than just the spectacle that is being represented as well. For example, can you imagine what it would be like to grow up on a world which had rings? Time, and its measurement would have evolved differently, for example, as well as the ideas about space, the very concept of space would be perhaps less of a stretch than it was for us here on Earth.

Also the reflected light from those rings would mean that any species growing up on such a planet, might have very different eyes than our own, adapted for the constant presence of light. Skin too probably. There would be entire locations on such a planet that might not ever see what we here on Earth refer to as a pitch black night.

Sure, my thoughts on this subject have precisely no weight to change anything, being as they are, the ramblings of a frequently drunk, utterly insane, poorly educated, hairy bum. But if I, with my minimal education, can sit here, look at a couple of pictures, and begin to see the outlines of what would be possible with a planet like that, can you imagine what it would feel like for a properly educated, trained, and wise explorer?

I am a sci-fi nut. I have been into it since... since I knew how to look up at night time, since the first time I saw a star. I know I will never get to space, and I will certainly never get to the places I want to get to out there, because there arent even any programs for TRAINED individuals to go to them as of yet, let alone morons like me. But images like this, and those which appear in my favourite sci-fi shows... They are the pale shadow of impossible ambition, the friendly spectre of dreams that will never come true...

...For me at least. But I would hope that for some lucky S.O.B. in the future, my dreams will come true, that mankind will set foot on many worlds, learn his place in the universe, and the universes place in existence. I hope that one day, shots like this will be taken by a person, standing on unfamiliar soil, in unfamiliar gravity, with three suns, two moons, and inverse mountains, and be able to absorb the wonder of the moment, while taking it in thier stride, as readily as I do an episode of my fave shows. I want that future for our species. A future where minds are active, exploration for its own sake is applauded, not seen as a horrific use of resources. I want to see a future where mankind learns for the same reason that its members breathe. Because they have to , because they couldnt live any other way.

The universe is cold, hot, beautiful and terrible. Contradictions on this scale are inspiring, and I hope that who ever makes it out there appreciates the opertunity.


That was the best post ive read in a while

I am also a sci-fi nut and I totally understand what you are saying, my favourite shows are Star Trek, all the Stargate's, Firefly etc. Ive always had a yearning for space. I envy those born years from now where space exploration hopefully will be more accessible.

All we can do is dream, and imagine

Beautiful images, now if only scientists would put more effort into harmlessly producing this effect for the Earth, instead of putting so much time into creating weaponry, Monsanto products, and everything else that is bad for our planet and its inhabitants,


Yes I can, Saturn (obviously) Uranus, Neptune, and Jupiter.

And no, I didnt visit the link.


hmm i guess ill have to either take your word for it or somehow check your internet history..... ill take your word for it i guess.....
also though for a bonus point which of these four have a "broken" ring?
and no checking on the link.... im watching!
edit on 18-6-2013 by anonymous1legion because: starred your post


I would hazard a guess at Neptune.

Mind you, it is suprising that broken rings arent slightly more common than they are, since you would have thought that fast moving cometary and asteroidal matter would eventually pass through a ring every now and again, destabilising it.

"If you like it then you should have put a ring on it!'

and although beyonce has a great point..... who would want to be tied down by a huge mass with gravitational pull.......
or a planet for that matter heh heh