posted on Jun, 17 2013 @ 03:35 PM
link
I have been doing research on leylines because I am getting ready to run some tests on the HDR device I bought from Stephen Gibbs a few years back, and the best place to test it out is supposed to be on a leyline.

In order to do that, I needed to find an accurate map of leylines, specifically one where I could zoom in. After a lot of searching I found a Google Earth plugin available. The leylines are even color-coded. 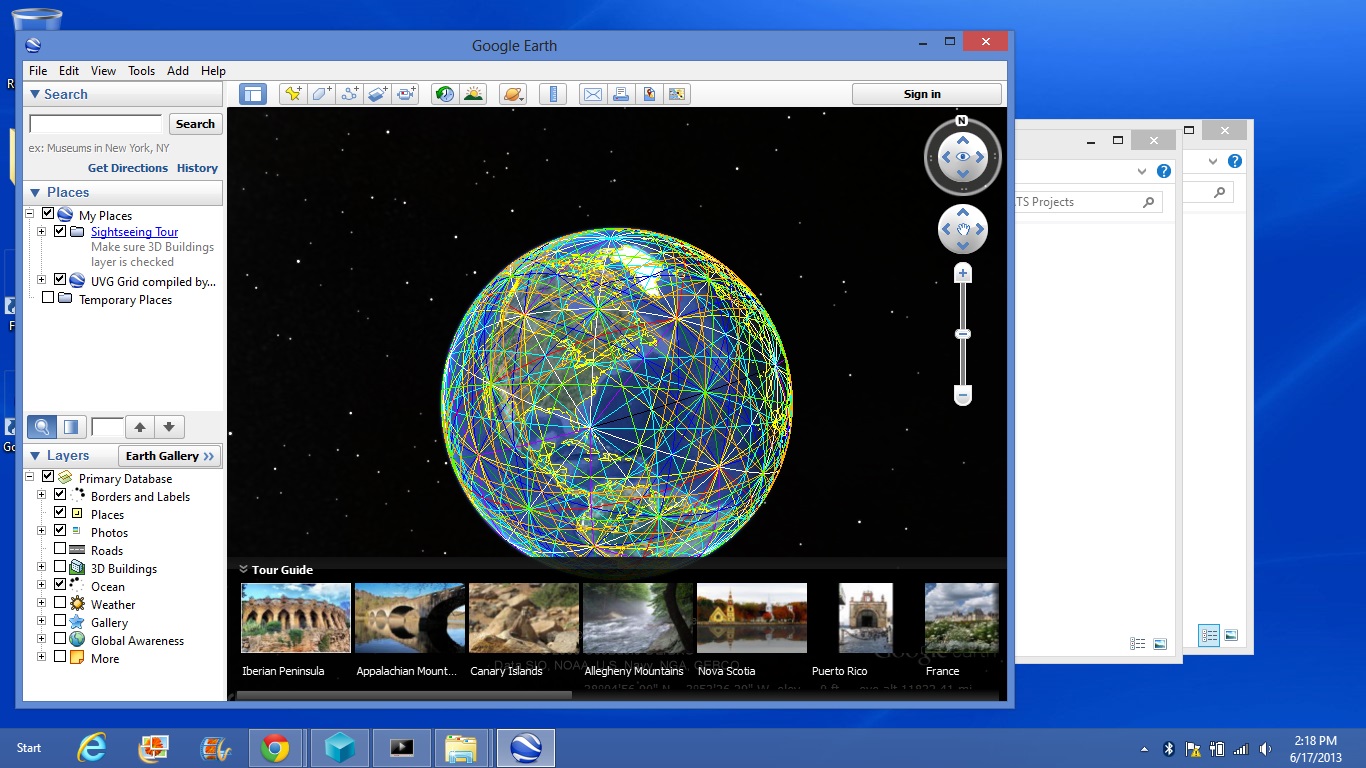 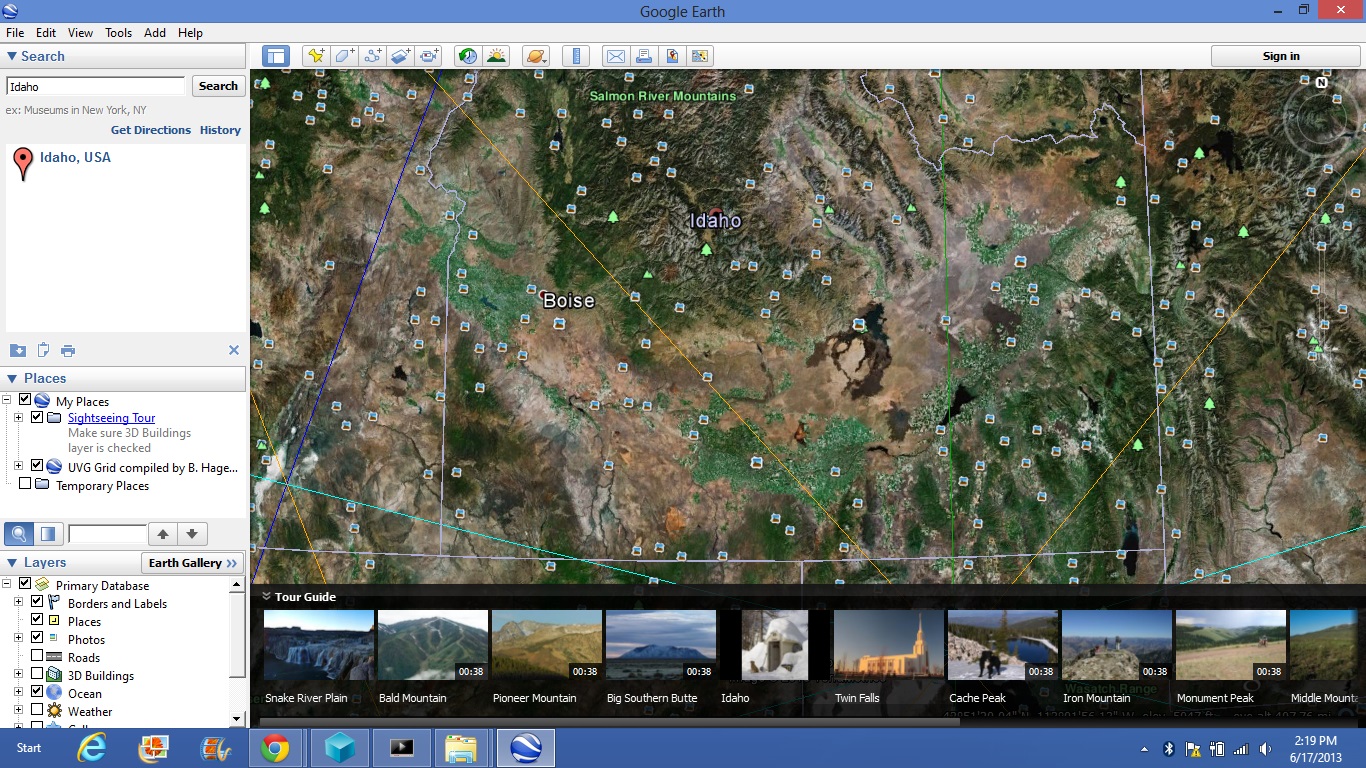 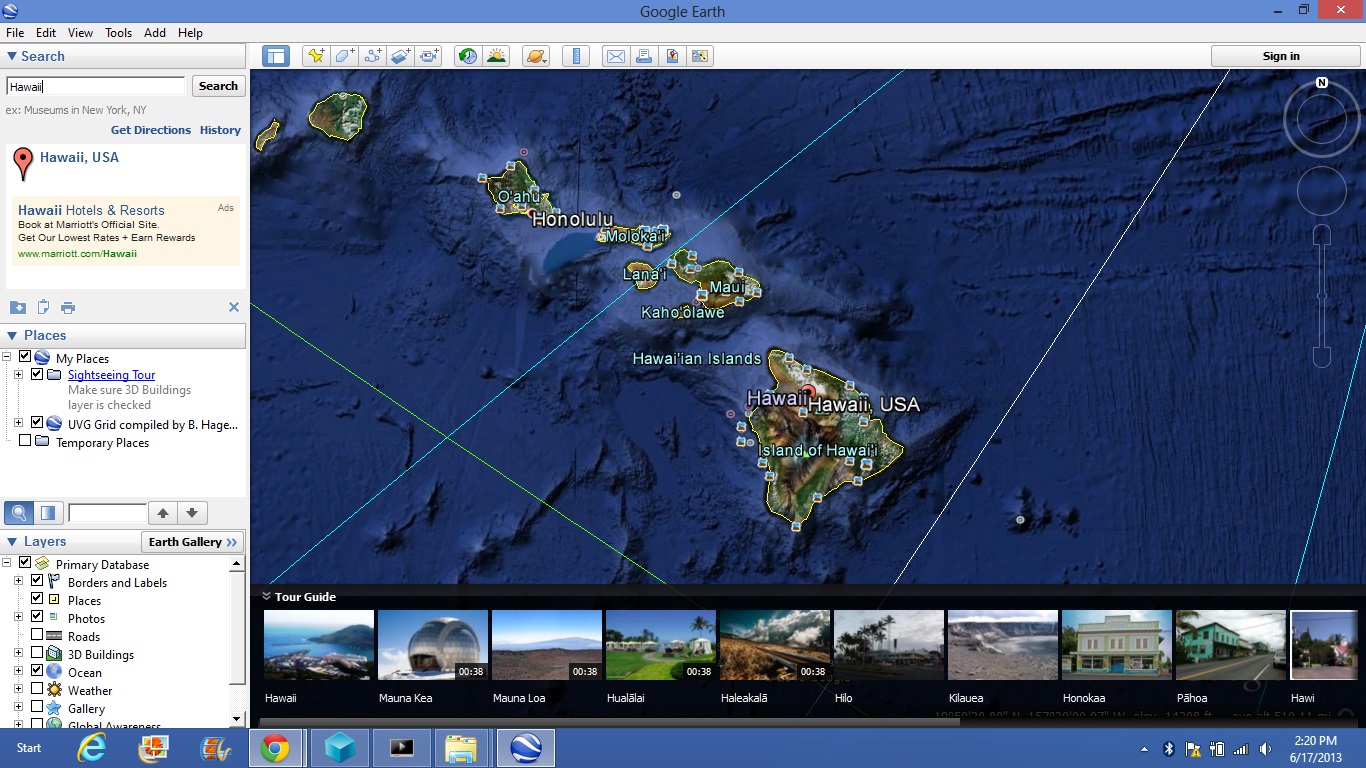 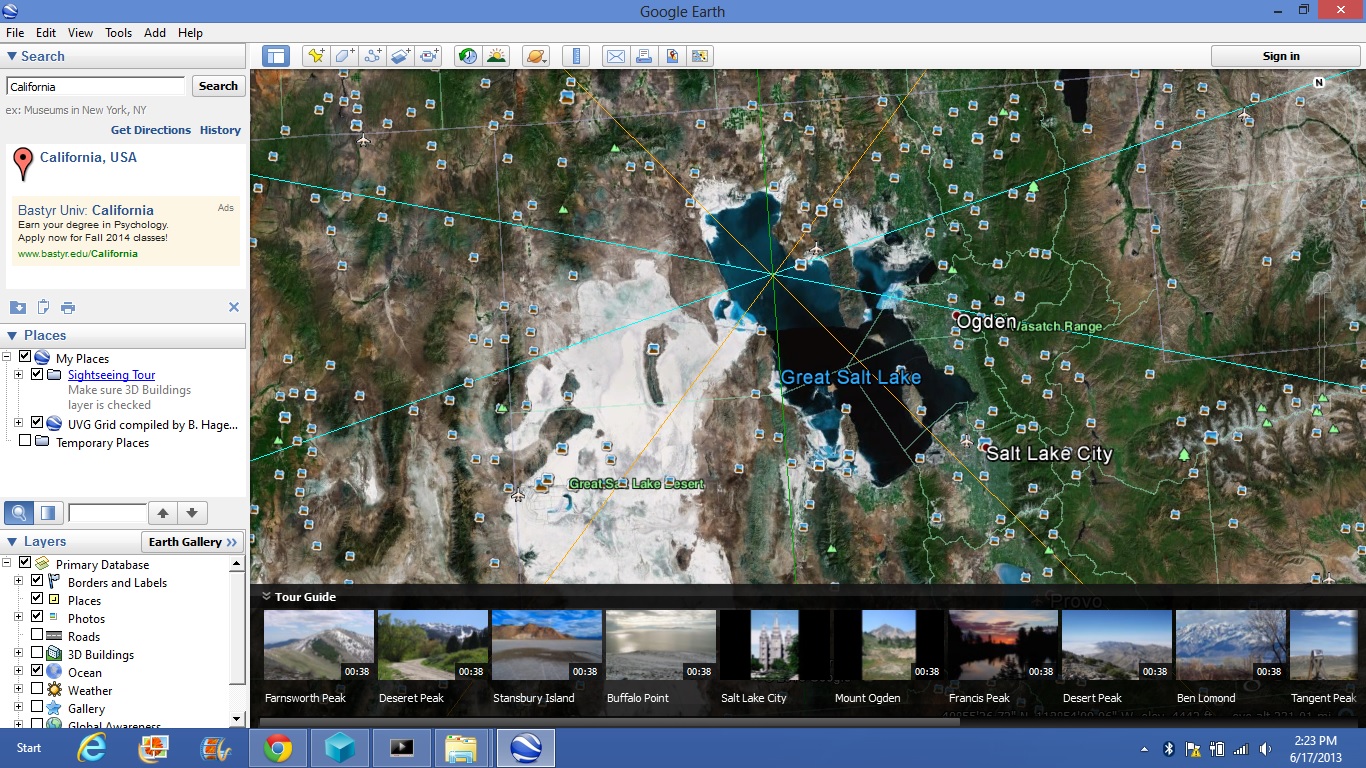 There is a major intersection point right over Salt Lake! 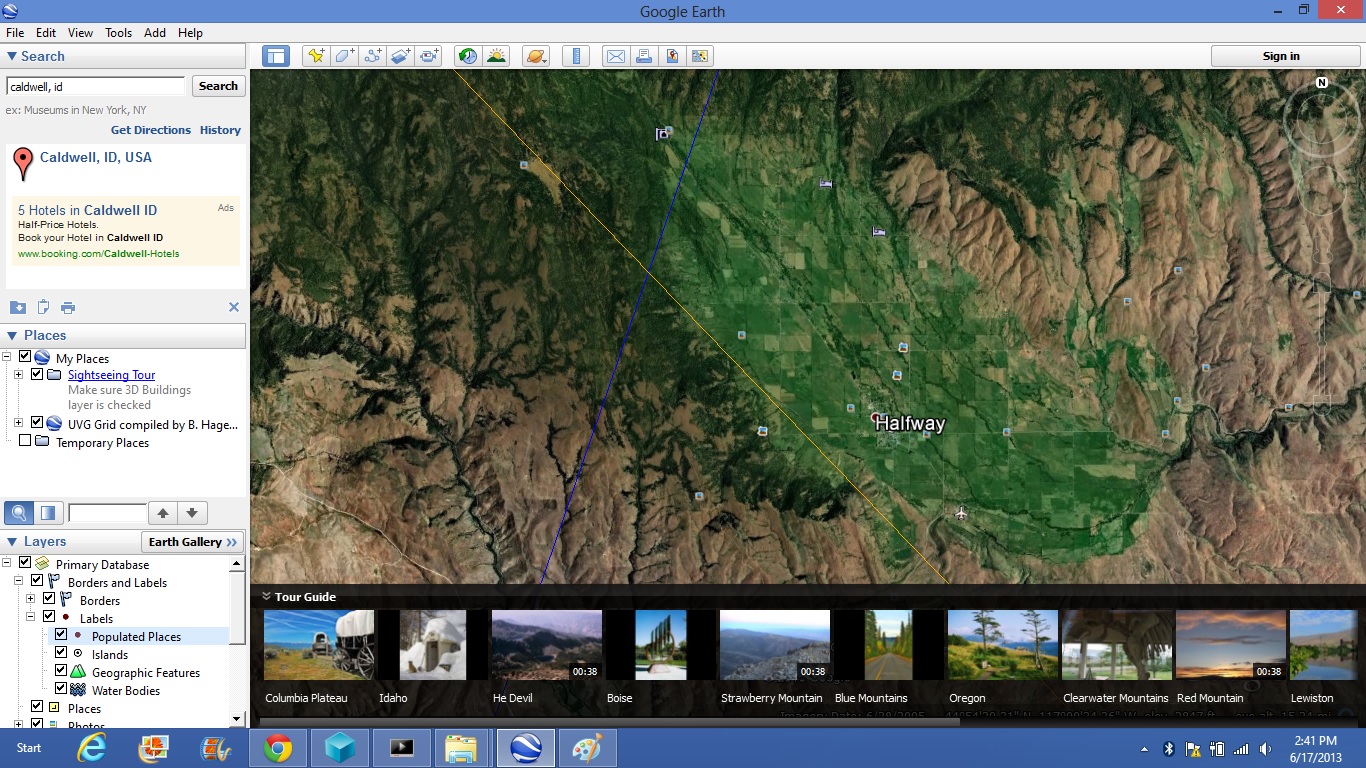 
you should check ireland and egypt

Egypt. The Pyramids at Giza are near that white leyline, and Alexandria is near the ocean between the green and yin leylines.

I'm not sure how accurate this map is, to be honest? But maybe? I checked against other maps of Egypt and it seems to match, actually.
edit on 17-6-2013 by darkbake because: (no reason given)

Ireland. I don't know much about the area, but it looks like it has a lot of balance and yin in the north and a bit of yang in the south.


Thanks for the link to the leylines app!

I am going to check that out myself.

Had a dream many years ago about the lines and how they are a part of the entire energy system of the earth and how people are connected as well to them. This could be a most helpful app.

(if it is accurate anyways. I wonder how these lines were gotten, I should read up)
edit on 17-6-2013 by Darkblade71 because: (no reason given)


Yeah dude! At first I forgot to add a link to the Google Earth plugin, then I decided that I should so that other people can check it out!


Yeah dude! I am going to go this week to investigate the leyline intersection point in Oregon. I'll be heading out Wed. or Fri. night to check out the area on an exploratory mission.


I'll be looking forwards to hearing how it goes!

The dark blue line follows right along lake superior shore here. Right past Duluth MN, which I lived in for years, and it is full of haunted places. I wonder how much that line has to do with it?


Thank you so much darkbake

I'm useless at searching the net for things and I must have spent hours upon hours trying to find something like this before, so again thank you


That makes sense, the dark blue line is associated with water, or in Tarot, cups... this means emotion and psychic energy. I didn't think about it having to do with ghosts! That makes sense!

Hell yes! The woods I'm exploring this week have a blue leyline! That means ghosts and #!


No kidding, I was lucky. I spent hours looking because I wanted to be able to zoom in and find exact locations of leyline intersections. I think this is the only source... I checked it against other non-interactive maps and it seems to be the same.

This is actually part of my extremely thorough plan to test the H.D.R. device. I am exploring the area, and also practicing lucid dreaming at the moment.

It is remarkable just how many pyramids(and not just the Egyptian variety) are built on leyline confluences,my personal opinion is that pyramids(and indeed standing stones) are capacitors built to store ley energy for the purposes of allowing travel along the leys, and I mean physical vehicle bound travel, that was possibly common place many millenia ago.


That is possible they were storing energy... I know the pyramids have some weird properties to them. I never thought of that.
edit on 17-6-2013 by darkbake because: (no reason given)

Originally posted by darkbake
reply to post by RAY1990


No kidding, I was lucky. I spent hours looking because I wanted to be able to zoom in and find exact locations of leyline intersections. I think this is the only source... I checked it against other non-interactive maps and it seems to be the same.

This is actually part of my extremely thorough plan to test the H.D.R. device. I am exploring the area, and also practicing lucid dreaming at the moment.


I only ever got into leylines along time ago when I watched some documentary linking them to UFOs, ghosts and paranormal stuff like that.

I don't really know much about leylines so I'm gonna do some research on them.
I wish you well on your experiment and spiritual journey have fun


Thanks, let us know what you find out in your research dude! I didn't think about U.F.O. sightings, either... but they might be related to ghosts in some way or another maybe.
edit on 17-6-2013 by darkbake because: (no reason given)


I've just been screwing around with it following that light blue line north and seeing what buildings are sitting on it here is a few I have found:

That last one I cannot find any information on at all, other than that I have found some nice looking headlands that could be worth a visit. It's late here so I'm going to retire, but tomorrow I'm going to play about with this. Lots of religious buildings and castles sit on or near this line though so I have atleast something I could learn from this... Chillingham Castle sits right next to it, this is what that documentary I mentioned was based around and linked the paranormal to leylines.

It's apparently the most haunted castle in England, always wanted to visit that place...All the trees around the castle have pinning holes in them, thats where people were pinned to trees and left to be eaten by wild animals. Their is meant to be thousands of these trees with multiple holes in them.


That is interesting about these buildings being built on the Laylines... you can see why I wanted to find a map that was able to zoom in, because I was interested in pretty exact locations. The church on the golf course totally sounds out of place.

How close is all this stuff to your location? I'm headed to some woods about 2 hours away later this week where a few leylines intersect.
edit on 18-6-2013 by darkbake because: (no reason given)


St Bartholomew's Church isn't too far away, same with Hulne Priory. The rest are in Scotland, I think I might take a trip to Bartholomew's church as it's about 20 mile away and has some amazing coastline and countryside.

I'll make a day of it and walk the line north see what I find, I might even go camping for a weekend as it is beautiful countryside... and I know there is some good pubs up that way too

Where I live (Sunderland) the leyline is out to sea and the closest I can get to it on land is 30 miles to the south and 20 to the north, as I said yesterday I was just screwing about yesterday but today I will check it out properly and follow the line north and south. See what else this indivual line sits on.