"I hope, I pray and I ask that you will not release any secrets that could constitute treason," Snowden told Fox News, in a message meant for his son's ears. He added: "I sense that you're under much stress [from] what I've read recently, and [ask] that you not succumb to that stress and make a bad decision."

posted on Jun, 17 2013 @ 12:58 PM
link
Have you guys read the propaganda piece where they interviewed snowdens dad on FOX? I have a hard time believing his dad said some of the things in the article. It is definitely meant to leave that subconscious idea that you're better enslaved in America than free elsewhere.. actually it says almost exactly that. He also asks his son to stop releasing info before it becomes treason and to return home. It just feels.. unreal. I can't see it being from his father unless his father is an idiot. One other thing, in the above story snippet, at the very end, I wondered if the "bad decision" his father mentioned is alluding to more releases or possibly suicide? I got that ominous feel that he meant suicide there.

I have faith in our justice system applied correctly, absolutely. You know, I would rather my son be a prisoner in the U.S. than a free man in a country that did not have ... the freedoms that are protected" in the U.S., he said. He complaine

What do you gues think? Is this really what his dad feels? Was his father made to say this or is it completely fabricated as a psyop against Snowden? Only a fool would expect justice.

I even have my doubts about Snowden. I'm not completely sure he isn't pulling one over on the US citizens as it is to deter future leakers and make us aware of the surveillance, because what good is it in changing peoples behavior if they don't know about it?

www.foxnews.m obi
(visit the link for the full news article)

posted on Jun, 17 2013 @ 01:02 PM
link
In the immortal words of our last president, "Stay the course." In other words, if I were Snowden, I'd ignore this. There is no way that this is is father speaking and as an ex-CIA employee I'm sure Snowden is aware of all the (dirty) tricks the government uses to convince fugitives to come out of hiding.

posted on Jun, 17 2013 @ 01:09 PM
link
Let's face it -- on a personal level, this is understandable. If your kid has done something "wrong", but its on the line of "ten years in prison" wrong, you'd encourage them to deal with it, rather than exacerbate the situation and escalate things to "they'll kill you or I can never see you again" wrong.

He might be doing it at the behest of the government, but he might also be doing it as a father who loves his son and doesn't wish him harm.

Whatever the government do, they did a good job reminding it's citizen that there is no freedom outside US.

posted on Jun, 17 2013 @ 01:21 PM
link
Coming from the source, I don't trust it. More than likely they want to turn readers/viewers on siding with "his dad" in an attempt to bait him back. The drone fiends may have influenced it.

posted on Jun, 17 2013 @ 01:22 PM
link
I just read the transcripts from Edwards interview that is still on going on Zero Hedge. Most of the responses are supportive of this man, he did the right thing, and if you read his responses you will find this guy is a "true american" and a "hero" not what the government house organs (Cnn, Msnbc, Bloomberg, Fox and the WallStreet Journal paint him to be.

I really enjoyed the criticism that he was a non high school graduate, well if you read his responses you will find he is better spoken than 90% of Americans. The one thing I think he has going for him, is that it is going to be tough for the Government and the Obama Administration to slander this guy. He is truly believable.

Like he said regarding Cheney calling him a traitor . . . "there is no higher honor than to have the likes of Chaney brand an American as a Traitor", and I agree, Chaney is a draft dodger,and as this man says, is responsible for killing 4,000 Americans, and having 32,000 wounded, and over 100,000 Iraqi's killed. It is Cheney that should be sitting in the docket for treason.

If you read this mans responses to the open questions he is being asked on the Guardian web site, you will see that it is our government that is the liar not this American Patriot. adios amigos. John


His father is obviously a sucker for evil regimes.

If TPTB put him up to plead with his son, then they're obviously worried he has more info
edit on 17-6-2013 by Zcustosmorum because: (no reason given)


Yeah, I considered that. I mean when I was in preschool and kindergartin I was really taught that there were no other "free" countries. I mean they didn't even concede on the UK or France, etc. However with any intelligence you quickly find the truth and I have a hard time believing this Dad really said this or believes it. I think my father would rather never see me but know I'm safe and free thenn have me in a cell or worse. This really is not indicative of most fathers IMO.


FOX his real father wouldnt want his son to come home LOL unless he hates his own son so much that he wants him dead., he knows that theyll just put him in prison for the rest of his life anyways, even rape and beat him in prison. Bunch of lies from fox nuews
edit on 17-6-2013 by Tlexlapoca because: (no reason given)

posted on Jun, 17 2013 @ 01:34 PM
link
Evil NSA Creepy Guy: Look, Mr. Snowden, we just want your son back safe and sound like you do. We want this all cleared up. Let us coach you on a few phrases that'll encourage him to come home soonest, 'kay?

Originally posted by beezzer
Evil NSA Creepy Guy: Look, Mr. Snowden, we just want your son back safe and sound like you do. We want this all cleared up. Let us coach you on a few phrases that'll encourage him to come home soonest, 'kay?


TPTB are going to use the dad to spin this towards treason. Does anybody find it strange right after fathers day we have this guys dad begging his son to do the right thing. Are we really this stupid in TPTB eye's.


I feel sorry for this guy, he thought he would change the world. It is shameful just how apathetic and accepting of lies this world has become.
edit on 17-6-2013 by SubTruth because: (no reason given)

There's a chance the foreign ops will keep Snowden alive somewhere's else on the planet.

Only way Snowden's coming back to America is in a body bag. We're all sure he isn't even having that thought right now...trying to come back to Amerika.

Watch out for the drug Oxytocin Snowden.....they'll be using drugs on him to try and trick him. IT'll make him trust the person who's gonna kill him in a double cross....bad evil drug they've developed....currently being tested in Federal Clinical Trials on Veterans in California....that's where they'll pick up the drug on their flight to Hong Kong to get 'em.

posted on Jun, 17 2013 @ 02:17 PM
link
I would rather that my child do what is right and remain free in a foreign land than to return to the US to possible prison, rape, torture and death...doesn't seem like a very good parenting from where I sit.

#1: His father is an idiot who is actually trusting of the f****** in power.
or
#2:His father has had a (possibly)metaphorical gun placed to his head to try and influence both his son, and the American people.

I wonder which is more likely? Knowing our government, and considering that Snowden's family probably knows more about the intelligence sector's dirty rules than most...

Either way...I would stay away if I were Edward. Snowden knows the dirty games these b******* like to play.

Personally, if it were my son I would join him in Hong Kong.

posted on Jun, 17 2013 @ 02:20 PM
link
I can seee government is mentally putting Snowden's parents through hell right about now. I bet these people are under 24 hr surveillance from phone taps and hidden microphones. I would hate to be in these people shoes right now.

This guy isn't stupid. He knows the PTB is using his parents a "puppets on a string" trying to convince him to give up. This guy is either going to flip sides or flop dead.

I have faith in our justice system applied correctly, absolutely. You know, I would rather my son be a prisoner in the U.S. than a free man in a country that did not have

That is just messed up crazy man talk.. Why the hell would you want to be in a prison.. When you could be here... If he was my father I would not bother sending him any more Fathers Day Card. He is a sandwich short of a picnic 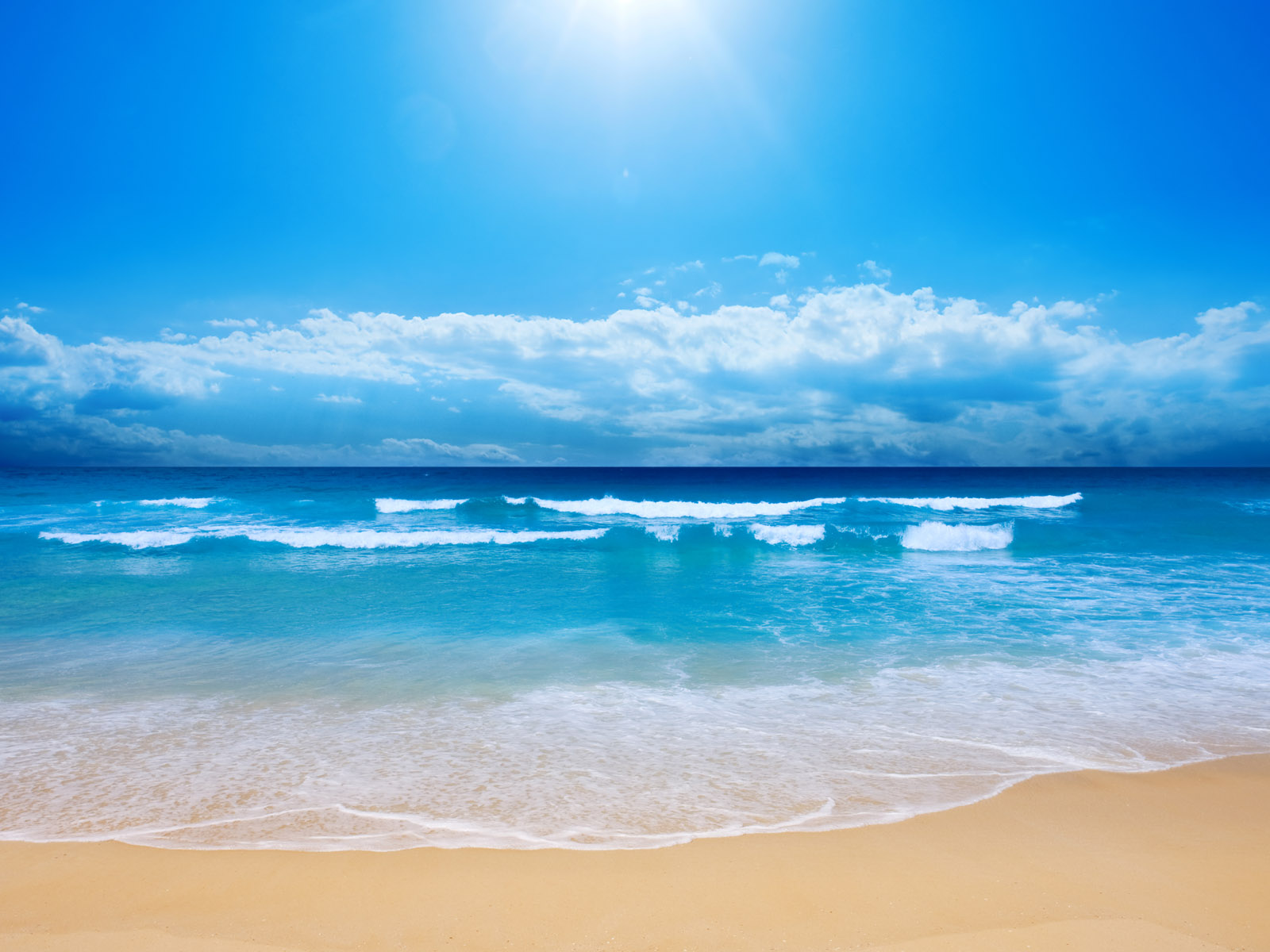 Ironically, only a fool would expect justice be done against the NSA for violating the the constitution on such a large scale.

I think his father wants his son alive rather than dead, so he's begging his son come home and faces trial before he is "disappeared."

posted on Jun, 17 2013 @ 02:52 PM
link
Perhaps it is simply a matter of his father wants to see his son again and he feels that adding treason to the laws he has already broken would be the equivalent of throwing chum in the water with swimming sharks.

To this point I do not believe he has actually done anything treasonous, illegal 100% and that can't be debated but illegal and treasonous are different.

If he starts trading state secrets to restricted countries then the treason label could stick.

if it gets to that point then the feds who are already raging after this guy for various reasons will be ratcheted up even more and maybe his father feels that would be the point where he never sees his son again.