Well it looks like the poor fish are on Prozac and it is not doing them any good...

According to new unpublished research by scientists fish that swim in water which is tainted by antidepressant drugs become anxious, antisocial and even homicidal in some cases. This new research has found that these pharmaceuticals which are frequently being found in US streams are able to alter the fish genes which are responsible for building brains and controlling their behaviour...

The fish used in the study were fathead minnows. Scientists exposed the fish to differing doses of Fluoxetine (trade name Prozac), Effexor and Tegretol. The first two being used to treat dperession and the latter being used for seizure disorders or bipolar disorder. They found that the Prozac had a bizarre effect on male fathead minnows...

Male minnows exposed to a small dose of the drug in laboratories ignored females. They spent more time under a tile, so their reproduction decreased and they took more time capturing prey, according to Rebecca Klaper, a professor of freshwater sciences who spoke about her findings at a Society of Environmental Toxicology and Chemistry conference last fall. Klaper said the doses of Prozac added to the fishes’ water were “very low concentrations,” 1 part per billion, which is found in some wastewater discharged into streams.

When the dose was increased, but still at levels found in some wastewater, females produced fewer eggs and males became aggressive, killing females in some cases, Klaper said at the conference.

The drugs seem to cause these behavioral problems by scrambling how genes in the fish brains are expressed, or turned on and off. The minnows were exposed when they were a couple of months old and still developing.

There appeared to be architectural changes to the young minnows’ brains, Klaper said at the toxicology conference. Growth of the axons, which are long nerve fibers that transmit information to the body, was disrupted. 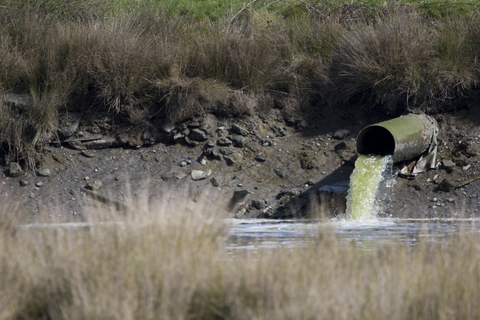 The new findings build on Klaper’s previous research, which tested minnows with the gene changes to see how well they avoided predators. They swam longer distances and made more directional changes, which suggests that the drugs induced anxiety.

The drugs used in the study were among the most common in sewage: Prozac, Effexor and Tegretol. The researchers tested each drug alone and in combination.

“At high doses we expect brain changes,” Klaper said. “But we saw the gene expression changes and then behavioral changes at doses that we consider environmentally relevant.”

However, there is too little evidence to know whether pharmaceuticals are having any impacts on fish populations in the wild, said Bryan Brooks, an environmental science professor at Baylor University who has extensively studied pharmaceuticals in streams and fish. 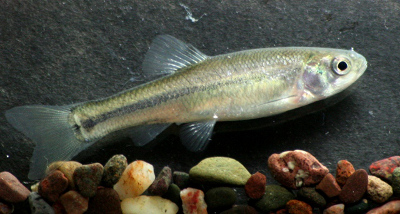 It is also worth noting that the doses of Prozac and Effexor used in the study were about 50 times higher than those found in wastewater treatment plants. However the antidepressant Tegretol comes into treatment plants and goes out at near constant levels. This means that the treatment technology is having no affect on the drug..

This could spell disaster for many fish populations that live down stream of any wastewater treatment plants as this is where the prescription drugs are showing up at consistently higher rates than in other water ways. If the fish in the streams and rivers are experiencing the same effect as those in the study that may mean many of the fish population will decline quite significantly. Especially with the effects of the drugs on fish reproduction and catching prey...

posted on Jun, 17 2013 @ 07:29 AM
link
During the years when I still believed my doctor's opinion that I should be on anti-depressants for the duration of my life,I was prescribed Prozac-which I soon stopped because it would give me the worst stabbing pains in my head.And did absolutely nothing to alleviate my depression.Which was in hindsight not surprising because my depression was in reaction to a set of circumstances+life history that would assuredly cause chronic depression in any sane person.When my life changed,my depression vanished for a long time.and even now when it does return for a period of time,I wait it out,till it passes-as it always does.People must bear in mind-in many cases depression is a Natural reaction,and rather it's Absence would indicate abnormal psychopathy.
edit on 17-6-2013 by Raxoxane because: typo

There appeared to be architectural changes to the young minnows’ brains, Klaper said at the toxicology conference. Growth of the axons, which are long nerve fibers that transmit information to the body, was disrupted

Well, everyone was aiming for "changing brain chemistry", but this doesn't seem to be the outcome people hoped for.

Thankfully I have always seen something inherently wrong with this ideology of taking pills to fix emotional/mental issues which can only be solved by facing them honestly and trying to work them out rationally.


Correct, "depression" is actually the mind choosing to believe "things are hopeless" as a result of physical predicaments.

This is a mistake all minds make when young, and they must learn to overcome it. Happiness is a choice and one can choose to be happy and laugh in the face of the most horrific realities.

Once a person learns to always have hope and always stand up, they will be happy. It is that simple.

These Quacks, the PharmaCorps Industry, have been taking advantage of young uneducated minds and have been lying to them saying these pills will bring them happiness and stability. The best they get is the placebo effect, they think it helps so they assume it did and presto, it helped. But at the same time the science reveals they are most likely poisoning themselves and destroying their own brain development in the process.

It is quackery because the so called "doctors" are actually "business men" selling "snake oil" to the hapless uninformed consumer.


Thankfully I have always seen something inherently wrong with this ideology of taking pills to fix emotional/mental issues which can only be solved by facing them honestly and trying to work them out rationally.

I agree with you on that. Many pills seem to have the opposite effect of what they are meant to help. I have had and still do have friends that have been or are on Prozac and it seems to make them worse. My friends mum was on it for a long time and she started self harming badly after 6 months of taking it. She had never self harmed before... She would be in horrible foul moods aswell. She was ever like that before she had Prozac. I do not know if she is still on it as she estranged from us all now...

So imagine what the poor fish are having to deal with. We are causing many other living beings great harm through our own ignorance and denial. From my perspective and what I have seen and experienced first hand these pills really do not help people...

Your posts are always appreciated muzzleflash. You always have more to say...


Thank you for sharing...

I am glad that you have somewhat come to understand, realise and deal with your pattern of depression. My best friends partner has a distinct pattern of depression that he goes through. Yet he cannot see it. And we believe that is due to his to being in denial and believing that mental illnesses like depression are only for weak minded people and that they are used as excuses... That is funnily enough what his father believed.

Anyway getting a little more back on topic. We cannot keep pumping all these chemicals and pharmaceuticals into our rivers and seas without causing due harm and adverse affects. It is not right and it is not fair...!

The Big Pharma companies do not care. And do not know if the wastewater treatment companies care either. But it would be nice to see them make some sort of effort to create filters that not just treat the sewage but also treat and/or remove any chemicals or pharmaceuticals that may be present too...

Originally posted by fluff007
reply to post by resoe26


about the effects on humans.
a 'conspiracy' with the pharmaceutical companies.
but I did surely violate t&c on the "drugs" aspect.