posted on Jun, 16 2013 @ 04:41 AM
link
While I still have time to edit, ATS search did not reveal to me the already existing thread here: www.abovetopsecret.com... Please carry any discussion over to this thread while I wait for a mod to close this page. Thanks!

It always stuns me when archaeology adds another piece to the historical puzzle of civilization. In this case, it's an ancient complex, possibly an entire city, that was found deep in the jungles of Cambodia. 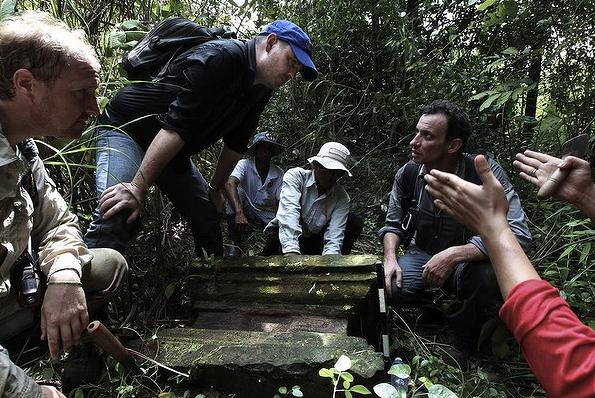 The discoveries matched years of archaeological ground research to reveal Mahendraparvata, a lost mediaeval city where people existed on a mist-shrouded mountain called Phnom Kulen 350 years before the building of the famous Angkor Wat temple complex in north-western Cambodia.


''This is where it all began, giving rise to the Angkor civilisation that everyone associates with Angkor Wat,'' Evans said.


The discovery was made using LIDAR technology, a type of remote imaging that uses lasers to map landscapes.


'With this instrument - bang - all of a sudden we saw an immediate picture of an entire city that no one knew existed which is just remarkable,''


They found two temple sites where no carved rocks or ancient bricks could be found scattered nearby, indicating they have never been looted.

They also found a cave with historically significant carvings that was used by holy hermits who were common during the Angkor period.


Let's see if you can find the monk sitting in lotus posture in this pic. 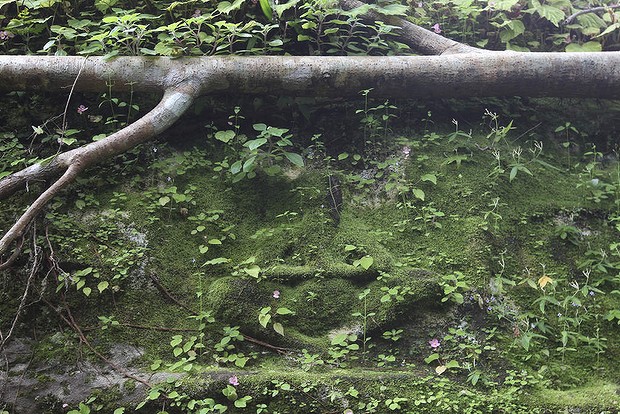 At the site, they also found several large mounds.

One untested theory was that they were tombs where the dead were buried but there could be many explanations.

''We are still trying to work out what these things were,'' Evans said.


Although this site was encroached upon by jungle growth, it was once made accessible, but soon forgotten.

Phnom Kulen was covered by jungle for centuries until loggers moved into the area in 1990s after years of civil war.

The area was a former stronghold of the Khmer Rouge, a Maoist-influenced organisation that failed spectacularly in the 1970s to replicate the agricultural achievements of the Angkor period, causing the deaths of more than a million people from overwork or starvation, while hundreds of thousands more were executed.

Like so many archaeological sites, it sounds like this one was known about by the locals, but rediscovered again later by academics. Under oppressive conditions, it's no surprise that the locals didn't consider or appreciate the antiquity of the site.

It just makes me marvel when new archaeological discoveries are made! And here I thought we found everything under the sun. I can't help but wonder what's still out there waiting to be remembered again. 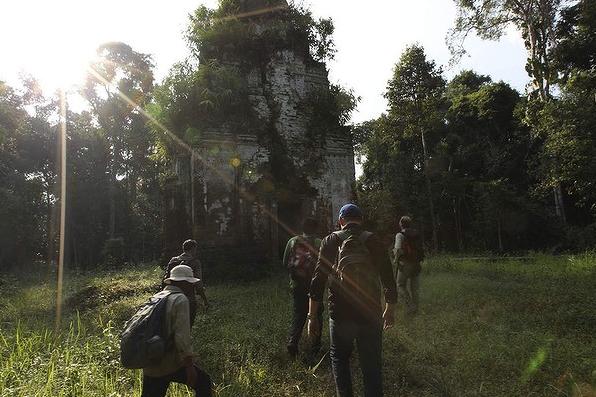 (By the way, there are more photos and a really cool vid on the source page www.smh.com.au...)

Yeah, it didn't turn up in the search AT ALL. I guess I didn't think to look through the forum itself. My bad. I shall alert a mod to close the thread

how cool, i wonder what they will uncover there.

nice find (get it)

Thanks for being so conscientious NB..