Well this is interesting, I believe that when one group is favored over other it brings genocide, so if the Sunnis are against the Shiites then this means that the later ethnic group will be decimated.

This doesn't sound right, beside that Iran should never get in the way of what is going on, but is hard when you have US giving aid to only one ethnic group the Sunnis.

This conflict could end up becoming a genocide.

Originally posted by whyamIhere
I was afraid of this...

The "Arab Spring" is turning into a Arab nightmare.

Fine with me. Weak Arab states are good news for the West.

We shouldn't get involved. Let them destroy each other.


Its a joint effort.

France sends reports to the UN that Assad used CM

France had these reports when the EU pushed by UK and France, suspended their arms embargo until SEPT.

The EU also suspended their oil embargo in support of the rebels, who would essentially be trading oil for weapons.

US deploys operation eager lion as well as the CIA with the backing of the US GOVT agreeing that ASSAD used CM, is trying to ship weapons in through Jordan, operation eager lion and Turkey, which just came back from the WH last month, and has to get their protest under control, to alleviate unwarranted attention in the region.

I'm with you on that clearmind. It doesn't matter if we're physically fighting or not. The point is they hate us and its making things worse for all involved to take sides at all. Human rights excuse - please look at Mexico issue. Oil - we aren't going to get it anyway if they shut down the canal at some point or blow it all up. I am curious what russia and even china will do and then what this would mean for israel if it got to the point where things escalate.

Hope US doesn't go any further than they have.

posted on Jun, 15 2013 @ 09:39 PM
link
This should be enough to frighten enough Americans that they'd be willing to cede their remaining freedoms.

Originally posted by stirling
It will be an interesting few weeks ........
SS 300 missiles in Syrian hands....
4000 eager troops,(not an insignifigant number, but a realistic logistics problem for Iran..)
how soon they can be deployed is another matter....though Iranian aircraft are flying in to Syria..
The main airport could be a choke point.(with opposition efforts.)
By ship its a week or two maybe....
Unless big brother Russia supplies heavy lift capacity for the troops....
By the way, what happened to all the Russian volunteers that were comming to Assads aid?


Ummm.... How much do you know about Iranian air craft???

What If I said Hercules... That's what I thought, they have them too.


Iran can take 72 troops in theirs, the globemaster can take 100 Not that far behind you really.

Originally posted by spartaocean
reply to post by clearmind

We'll see how "proxy" this war becomes when more than 300 Marines are put onto the ground.

The US Federal Government has been exposed, and are now fighting for every distraction that they can muster to distract the last of my countrymen who are still sleepwalking into the abyss like lambs to the slaughter.

There is a reason why Obama will not be in this country on July 4th.
edit on 15-6-2013 by supremecommander because: (no reason given)


I don't like this one bit. The people poised to potentially take over al-Assad's regime are by no means any better then al-Assad himself. Plus, Syria could be a "line in the sand" with Iran and Russia pulling China into the mix. Next thing you know, we're in WWIII.

On a side note though, all wars should be fought through computer games. Like Call of Duty on team death match. But of course, some noob will use his nade launcher / running-knifing people or just plain out wall-hack which will then turn into a real life war. But I have a solution, we place the leaders of all those countries participating in a paintball war. Last man standing wins.

they will not let the opposition gain strength.
But now others are backing them.

obama Must back down.
but in a way that makes Him look Good!
otherwise he will blow the world up!

Originally posted by spartaocean
YES!!!! It's about time...

Lets get this War a rolling...

Why are you a war monger? And why have you got 3 stars?

Have you been to war? It's nothing to be excited about.

Originally posted by whyamIhere
I was afraid of this...

The "Arab Spring" is turning into a Arab nightmare.

Yes, and if the 9/11 narrative is to be believed, which it can't, they are not learning from the history of Afghanistan and the Mujaheddin which became al Qaeda and now they're doing the same thing all over again..

Syrian forces have been rolling back the rebels and ousting them from one town after another, without the intervention of Iranian forces, so why would Iran decide to send, and Syria accept, Iranian military forces? It doesn't make any sense!

What does make sense is that this could well be another Israeli hatched and sourced fairytale. Wave those nasty ol' Iranians at us and cry foul, before using it to justify more strikes directly against Syrian forces. Much like the chemical weapons claims, no proof is offered to justify any ramping things up due to this claim, we just have to take their word on it..... as usual.... and we all know what a stellar track record they all have in the truth department!

Iran realizes that once Syria falls to Al-CIAeda, they're next.

I wonder when the US is going to have its uprising. Wait, never mind... 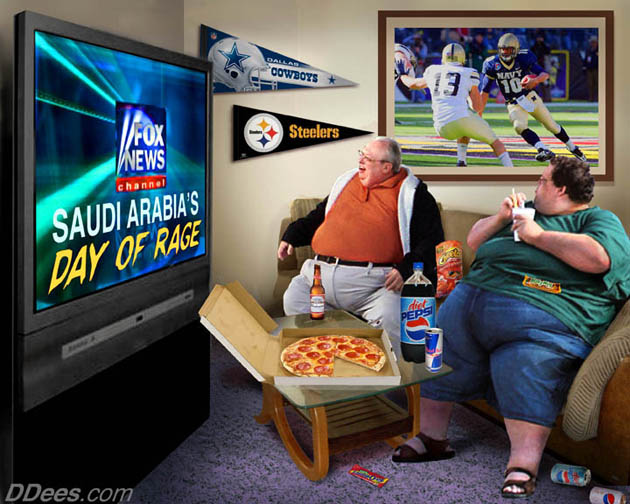 
Originally posted by spartaocean
YES!!!! It's about time...

Lets get this War a rolling...

Why are you a war monger? And why have you got 3 stars?

Have you been to war? It's nothing to be excited about.

Im so glad someone said it. At first I was hoping they were being 'sarcastic', then upon reading further posts I realised that 1) They have never seen warfare, 2) They are an idiot.
Some people really need to face the realities of war, need to see their friends or themselves blown to pieces to understand that war is never a good thing its just a last resort for defence only. Wars of aggression are wrong, he who fires first is automatically the loser.

"He who speaks loudest knows not of what he speaks"

It's becoming a regular United Nation with guns! I guess a rousing chorus of 'We are the World' is out of the question? Yes? Oh Well... It would've been a great song in so many languages.

'We are the world,
We are the children,
You are the ones without a central bank,
Or petro-dollar.

There's a choice you're making,
Make sure you get it right.

Bend over, be ready, prepare,
For bombs of freedom.

There's a choice you're making,
To save your children's lives

Here comes the US and UK,
To spread their freedom.

posted on Jun, 16 2013 @ 09:13 AM
link
And all the people here cheering on one side or another completely disregard the many hundreds of thousands of innocent men, women and children who couldn't give a rats ass about the conflicts of religion or the intentions of their government, they just want to live in peace and security and mind their own f'ing business.

Those people salivating at the excitement of having another war to drool over also ignore that two superpowers are now involved here.

Anyone here who is glorying in the suggestion of an all-out war are wasting time that would be better spent on digging out that shelter and stocking up on supplies. You think this won't affect you? You think a war with Russia is something you can just watch on your TV like some kind of drama series? Your ass is on the line here, and so is that of everyone you know and love.

There is no possible way that this war would be confined to Syria, no way in hell.

LOLOLOLOL. No they aren't. 4000 troops is nothing compared to the weapons Obama is going to send the sunni terrorists.

People have joked for years about the biggest terrorist in our nation being in the White House...

...that joke stopped being funny 4.5 years ago.