posted on Jun, 15 2013 @ 06:18 PM
link
This story is too rich to believe. After winning their latest Super Bowl in 2004, Patriots owner Robert Craft visited the Russian president and when he showed Putin his ring, Putin said "I could kill someone with this ring" pocketed it and walked away with his KGB goons in tow.

“I took out the ring and showed it to [Putin], and he put it on and he goes, ‘I can kill someone with this ring,’” Kraft said during the Carnegie Hall’s Medal of Excellence gala in New York City.“I put my hand out, and he put it in his pocket, and three KGB guys got around him and walked out.”

Were it not for the intervention of the White House, this could have gotten ugly. Kraft wanted his ring back, obviously not intimidated by Putin's alleged ability to kill somebody with it. The ring came in at 4.94 carats and was worth over $25,000, and Kraft was not amused. He said that he got a call from the George W. Bush-led White House, telling him that it would really be in the best interests of relations between the two countries if Kraft would change the story and say the ring was a gift.

“I really didn’t [want to]. I had an emotional tie to the ring, it has my name on it. I don’t want to see it on eBay. There was a pause on the other end of the line, and the voice repeated, ‘It would really be in the best interest if you meant to give the ring as a present.’”

For years, Kraft went with the "official story" that he gave it to him as a gift but finally couldn't keep up the lie anymore.

It makes you wonder who exactly did Putin use the ring to kill?


I swear that guy just walked out of some movie and into reality. I mean, who does that?! A bad ass. That's who.

If I had the money that the team owner has, I would cherish that moment as money well spent on a story I could tell until I died and it would never get old. "Git over 'ere ya lil whippersnapper and let ole' Uncle Patriot tell ya the time the Ruskie king stole my bling"...

Unlike most politicians who pretend they are all good and noble but are up to the same slimy dealings putin is.

Least Putin has a back bone and doesnt hide who he is.
edit on 15-6-2013 by crazyewok because: (no reason given)

posted on Jun, 15 2013 @ 07:15 PM
link
If that story is true I have lost a lot of respect for Putin. Hides behind his goons so he can screw with someone. Due to his stance on GMO foods I thought he might be a good leader. But I guess that never happens.

posted on Jun, 15 2013 @ 08:19 PM
link
reply to post by FortAnthem
This past week I thought I saw a thread that asked whose deathbed confession would you like to be present at. At the time I really couldn't think of anyone, but now I have the answer: Vladamir "Badass" Putin!!!


It does make you wonder about somethin; Would Putin have the balls to pull off that stunt with a linebacker or one of the other big players?

Its one thing to swipe the ring from a fat boy owner, quite another to try that with one of the big boys though. 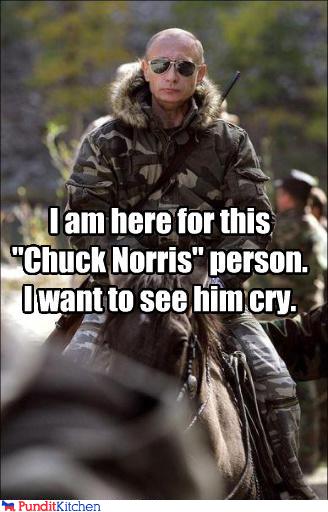 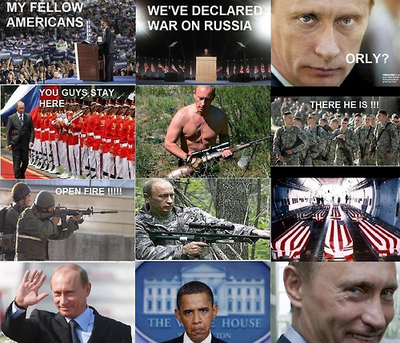 Putin is a guy Tywin Lannister would have a brandy with...

posted on Jun, 17 2013 @ 11:36 AM
link
Stealing a twenty five thousand dollar ring does not make you a bad ass. It makes you a common THIEF!!! It is odd how folks with no moral backbone can justify their criminal actions just because somebody else is not big enough or has enough gangsters to oppose them.

People glorifying this thug should be ashamed of themselves.

I'd simply get another ring made (25 grand isn't much to this guy), and then have a priceless story to go with it when asked. "Yeah, the original was stolen by Vladimir Putin!" Nobody's topping that campfire tale.

UPDATE: Putin's spokesman rebuts Kraft's claim, telling CNN that Putin did not steal the ring and instead was given it as a gift. He even called Kraft's comments "weird." "I was standing 20 centimeters away from him and Mr. Putin and saw and heard how Mr. Kraft gave this ring as a gift," the spokesman said Sunday.

The Patriots did their best to throw water on any potential controversy when reached for comment by NFL.com and NFL Network on Sunday.

"It's a humorous, anecdotal story that Robert re-tells for laughs," Pats spokesperson Stacey James said. "He loves that his ring is at the Kremlin and, as he stated back in 2005, he continues to have great respect for Russia and the leadership of President Putin. In particular, he credits President Putin for modernizing the Russian economy. An added benefit from the attention this story gathered eight years ago was the creation of some Patriots fan clubs in Russia."

I like the one where Putin says "I could kill someone with this ring" and then walks off with it.

I can picture a string of bodies all over Russia with a Patriots logo stamped into their foreheads where Putin dealt his death blow. 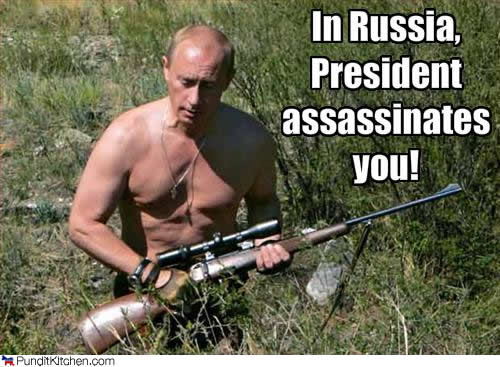 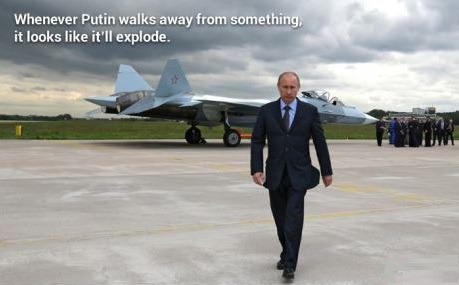 Originally posted by FortAnthem
reply to post by Doctor Smith


It does make you wonder about somethin; Would Putin have the balls to pull off that stunt with a linebacker or one of the other big players?

Its one thing to swipe the ring from a fat boy owner, quite another to try that with one of the big boys though.


No. Not unless he had an unfair advantage like a gun or knife to hide behind. Or three armed men. A bully is always a coward.


You don't really believe it's a joke do you?

Why would someone give Putin a ring with their own name inscribed on it as a gift?

Would anyone in the U.S. really believe anything Putin had to say anyway to defend himself?!

But when he resurrected his objections, starting a new firestorm, Putin spokesman Dmitry Peskov said his boss will make things right.

"At the same time, I am aware that this gentleman (Kraft) is feeling such a horrible pain about the 2005 loss," Peskov said in London on Sunday, where Putin met with British Prime Minister David Cameron. "The president will be ready to send him another ring as a gift, which he (Putin) can buy with his own money."

Hahahahahaha! Yeah, right! Somehow, I doubt that Putin will be paying for it.

The Super Bowl ring is now on display in the Kremlin library along with other gifts to Putin, according to Peskov.

If they still have the original, why don't they just give it back? 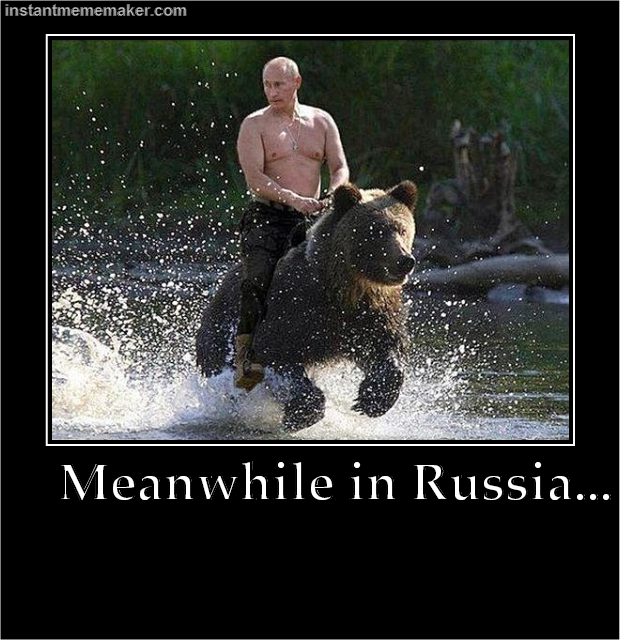 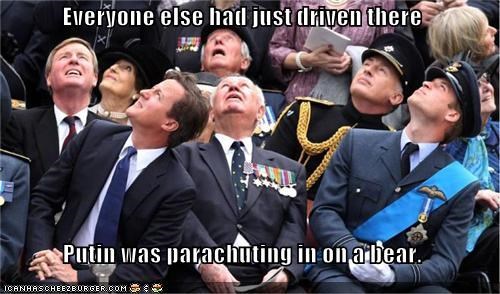 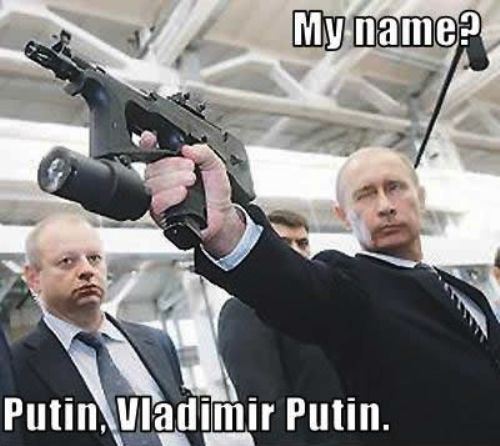 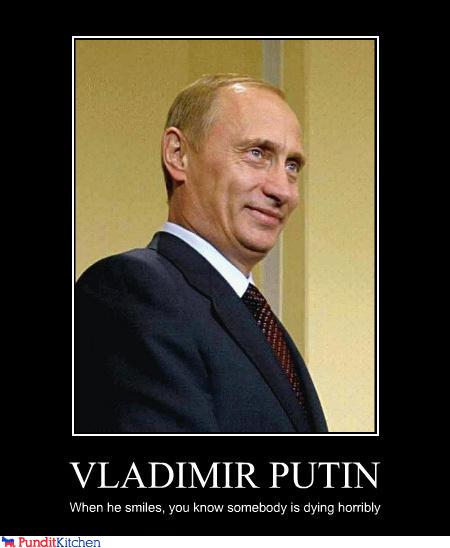