Feeling A Little Blue - May Mask Our Ability To Taste Fat

posted on Jun, 11 2013 @ 10:37 AM
link
Well this is an interesting article. According to a recent study strong emotions like feeling sad and down in the dumps can significantly decrease our ability to taste the amount of fat we are consuming..

"Strong emotions can confuse our fragile sense of taste perception," Elissa Epel, a health psychologist at the University of California, San Francisco, told The Salt by email. She was not involved in this study, but her research looks at how stress influences us.

"Stress signals danger and should make us detect [tastes like] bitter more strongly," Epel says. And this is exactly what happened in the study.

Participants in the study experienced a stronger sensitivity to bitter, sweet and sour tastes after watching emotional videos with storylines that were both happy and sad. In fact, their sensitivities to these tastes were heightened by about 15 percent. 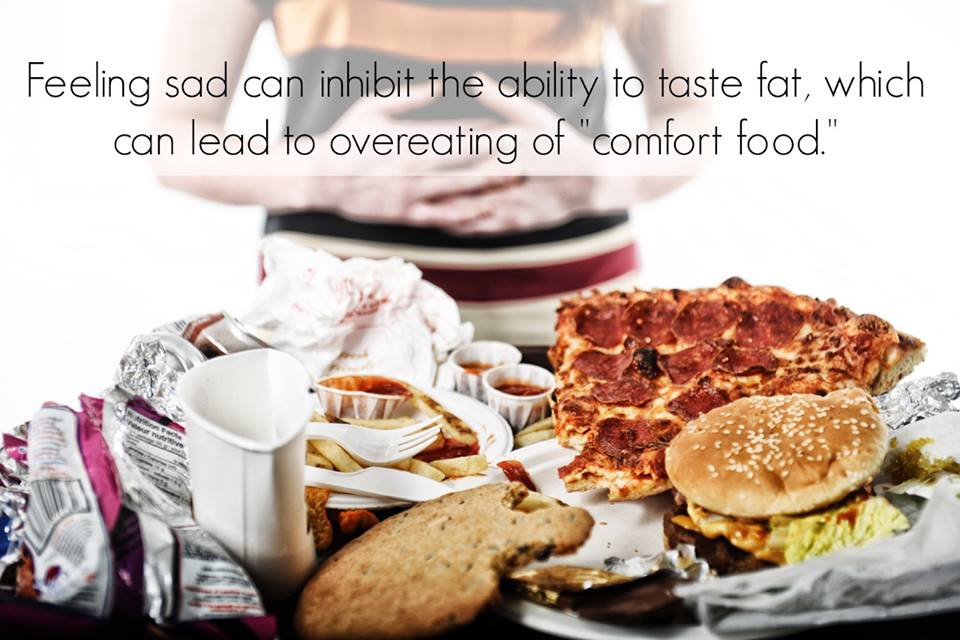 But, at the same time, participants' ability to distinguish levels of fat "got much worse," according to researcher Paul Breslin of the Department of Nutritional Sciences at Rutgers University, who co-authored the study.

"It was a surprise," Breslin says, that perceptions of fat moved in the opposite direction.

It turns out, Breslin says, that his findings fit with a body of evidence that suggests that people who are mildly depressed and who have elevated body weight may have lower sensitivity to fat.

Well now I know what I can blame for my buddha belly.....

posted on Jun, 11 2013 @ 01:14 PM
link
This is psych industry propaganda, partially about the drug paroxetine that was first tested on rats, where they were drugged and fed flavors like citric acid, and sucrose, and other chemicals:


Source: Oral Perceptions of Fat and Taste Stimuli Are Modulated by Affect and Mood Induction

Those poor rats. Now the separate study on people to finish the scientific part, which if it weren't for the lab coat language I would think it came from a high school science fair....

It actually has nothing to do with food. Or depressed people. It's a study of 48 women and 32 men watched movie clips from "An Officer And A Gentleman" and "The Champ", and then were exposed to flavors.

At best one could think about if they want the popcorn or the pickle or the ice cream for the full flavor experience during a dramatic movie, this study might be useful. At worst it is going to be used for the next media targeting campaign of the drug Paroxetine, putting their commercials behind pizza ads. Super worst is making an ingredient to put into foodstuff where the antidote to the mood would be by taking the drug.