posted on Jun, 9 2013 @ 08:21 PM
link
Barcelona’s standing as a world tourist destination relies heavily on Antoni Gaudí’s Basilica and Expiatory Church of the Holy Family, or Sagrada Família − the temple is the most popular tourist attraction in the city, with over two million visits a year. Gaudí left the church largely unfinished at his death in 1926. For most of its existence it has been known for the striking north-eastern Nativity Facade with its four eccentric spires, the only element designed by Gaudí and largely completed in his lifetime. (The crypt and exterior wall of the apse follow a previous Neo-Gothic design.)

Work on the church, a private project initially financed by donations from the faithful, continued fitfully in the decades following Gaudí’s death − the towers of the second, south-western Passion Facade were completed in 1976. But under the direction of the current chief architect, Jordi Bonet, who was appointed in 1984, the pace of construction has accelerated, fuelled by soaring tourist revenues, as well as the introduction of computer technology for milling stone. Pope Benedict XVI consecrated the completed nave in 2010, and work is advancing on the main south-western Glory Facade and the spires of the crossing and apse, which will be crowned by a central cross 170 metres above the street. The Archdiocese of Barcelona has set the year 2026, on the centennial of Gaudí’s death, as a goal for completing the building.

The completed nave and the work currently under way are radically transforming the canonical image of the Sagrada Família as based on the Nativity Portal. The decision to complete the work has provoked controversy and opposition ever since construction resumed after the Spanish Civil War. Critics question the legitimacy of any attempt to follow Gaudí’s vision, particularly as all his original drawings and plans were burned, and his plaster models smashed, presumably in a planned attack by an anti-clerical anarchist militia at the outbreak of the Civil War. How much of the new construction then is actually designed by Gaudí? And what are we to make of this strange new intruder on the Barcelona urban scene? www.architectural-review.com... /gaudis-sacred-monster-sagrada-familia-barcelona-catalonia/8633438.article

Is it just me or does this image of Gaudi's Monster give you the creeps too??? Also for all those who like future dates the year 2026 could mean something...

climbed up the towers


i got to say.... i found it hard, i tried not to disrespect the happy folk there

but it was the freakiest thing i`d seen... the maths involved as well


gaudis got other buildings there

apparently hes famed for not using straight lines, as they dont exist in nature (wrong)

posted on Jun, 9 2013 @ 08:48 PM
link
reply to post by thePharaoh
Lucky you!!! I bet it was quite something to see in person...It looks so surreal and it reminds me of a building Dali would design... 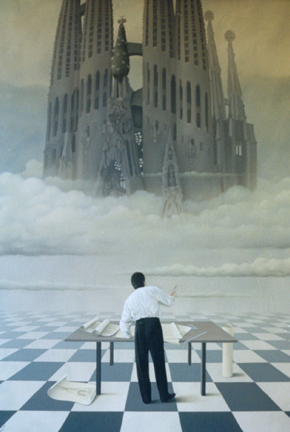 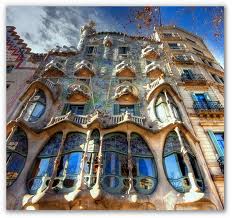 here it is...this building he designed looks like Dr. Suess...

Originally posted by shells4u
reply to post by thePharaoh
Lucky you!!! I bet it was quite something to see in person...It looks so surreal and it reminds me of a building Dali would design...

straight roads... leading from it in many directions

also the ground floor....the colour of the rock.... it was like a cave...
one couldnt wait to leave

we toured all his buildings...creepy to

also the ground floor....the colour of the rock.... it was like a cave... one couldt wait to leave


You have just described a TOMB not a church...It is very creepy the more I search the creepier it gets...The year 2026...maybe the anti christ will walk out of the place....shivers...


as for the casa battlo

i rememer comming up out the subway... the buildings were all modern, the streets were big, the road was wide.
it was sunny, bright, the women were hott, fruit in my hand

i turned around... hidden behind a tree... in between bright modern buildings ...there was one dracula like house


my mate said " thats were we are going"... lolol... i still went in..definatly dodgy.. the balconies looked like jaw bones...windows looked like eye sockets...


but the worst building in barcelona... is the bank... large square black cube towerng the little houses.
you can see it from the hills
edit on 9-6-2013 by thePharaoh because: (no reason given) 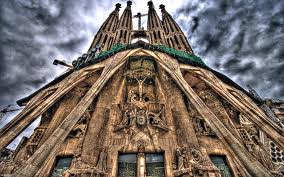 It does not look like a welcoming feel good place to find serenity and God...


the towers reminded me of the popes swiss guards

but i tell you what

it was obvious back then that the new renovations were excessive
the whole front side
the whole area around the nativity scene...when i was there they were still making it

posted on Jun, 9 2013 @ 09:26 PM
link
reply to post by thePharaoh
but the worst building in barcelona... is the bank... large square black cube towerng the little houses.
you can see it from the hills

Is this the Bank?


this is what I found at wiki about the nativity scene...
Constructed between 1894 and 1930, the Nativity façade was the first façade to be completed. Dedicated to the birth of Jesus, it is decorated with scenes reminiscent of elements of life. Characteristic of Gaudí's naturalistic style, the sculptures are ornately arranged and decorated with scenes and images from nature, each a symbol in their own manner. For instance, the three porticos are separated by two large columns, and at the base of each lies a turtle or a tortoise (one to represent the land and the other the sea; each are symbols of time as something set in stone and unchangeable). In contrast to the figures of turtles and their symbolism, two chameleons can be found at either side of the façade, and are symbolic of change.
The façade faces the rising sun to the northeast, a symbol for the birth of Christ. It is divided into three porticos, each of which represents a theological virtue (Hope, Faith and Charity). The Tree of Life rises above the door of Jesus in the portico of Charity. Four towers complete the façade and are each dedicated to a Saint (Matthias the Apostle, Saint Barnabas, Jude the Apostle, and Simon the Zealot).
Originally, Gaudí intended for this façade to be polychromed, for each archivolt to be painted with a wide array of colours. He wanted every statue and figure to be painted. In this way the figures of humans would appear as much alive as the figures of plants and animals.[30]
Gaudí chose this façade to embody the structure and decoration of the whole church. He was well aware that he would not finish the church and that he would need to set an artistic and architectural example for others to follow. He also chose for this façade to be the first on which to begin construction and for it to be, in his opinion, the most attractive and accessible to the public. He believed that if he had begun construction with the Passion Façade, one that would be hard and bare (as if made of bones), before the Nativity Façade, people would have withdrawn at the sight of it.[31]

this is what I found at wiki about the nativity scene...
Constructed between 1894 and 1930, the Nativity façade was the first façade to be completed.

from what i saw... the birth of jesus was completed... but the bottom section wasnt...also the story up untill jesus is dragging the crucifix through the street was depicted on a poster yet to be completed


Is this the Bank?

nice pic.. but i remember it being much more cube like
and much blacker

Originally posted by shells4u
reply to post by thePharaoh
Is this the Nativity Scene you were referring to?

the scenes they were renovating/creating is outside

on the walls near the entrance.....on the right hand side, ground floor of your main image
edit on 9-6-2013 by thePharaoh because: (no reason given)

the towers reminded me of the popes swiss guards 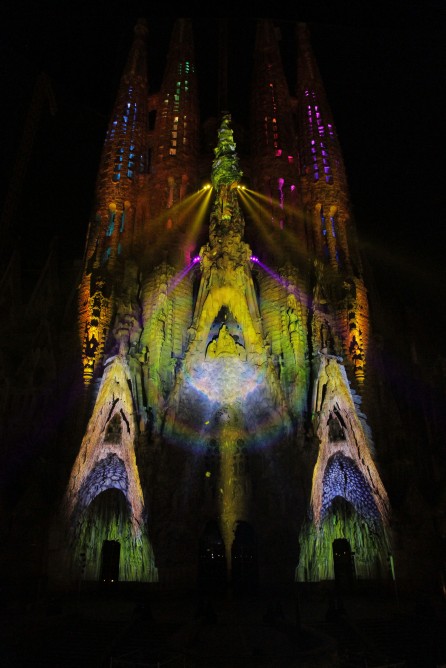 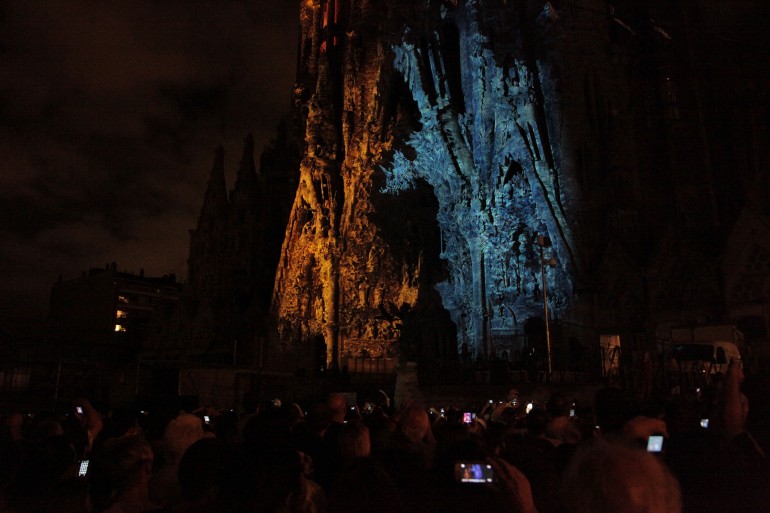