posted on Jun, 7 2013 @ 03:54 PM
link
Hi everyone…..
Now I know that ATS members get quite irate and upset when they keep seeing the same items being posted again and again, especially when it involves the topic of UFO’s. I can honestly say that I did numerous Google searches and other searches here on the ATS website relating to this topic, but I could not find anything relating to this particular finding/event, whatever you want to call it. But if it has been posted before, then please accept my deepest apologies and then the MODS can delete the post if need be….

Anyway, I came across this piece of film today, I don’t know it is real or a spoof, so I will let you all decide. The video has had over 300,000 hits, so that is why I am a bit confused how I could find no reference of it here on ATS. The video supposedly shows some kind of craft that is partly covered in ice and snow and is apparently in the South Sandwich Islands (Bristol Island). The writing at the start of the video states that it can be found via Google earth, although it doesn’t seem to give any coordinates, it just states where about it is and uses various forms of landmarks that supposedly enables you to find where it is….

Now I am not a user of Google earth so I have no idea whether this is possible to find or not, but I do know that many ATS members access it quite a lot. So I was just wandering if any members out there could actually locate where this location is supposed to be and if it is real or just a load of garbage. I suppose what I dislike the most about the video is the fact that it only lasts for 1 minute and 14 seconds, and when it actually arrives at where the craft is, the video just comes to an abrupt end, which always makes me feel a bit skeptical. It’s a bit like when certain people take so called film of a UFO sightings, but for some unknown reason they start to develop the shakes which makes it impossible to make out what the hell they are actually supposed to be filming, which always makes me laugh…

Anyway, I have added the youtube video and another link that took me to the video in the first place….

Like I said earlier if the video/story has been shown before, then please don’t shoot me down with a Tommy
Gun…haha…..

I look forward to your feedback, either serious or funny... 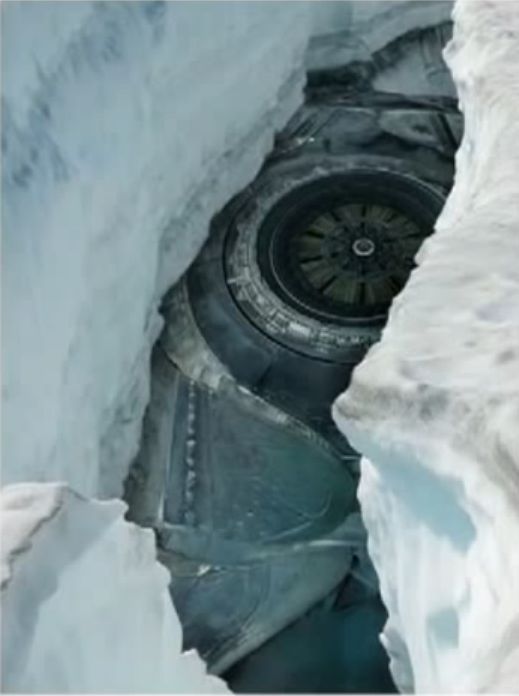 Yeah, I think its a joke too, but I just wondered where the actual place was when searching on Google Earth...obviously not a place I wanna go for my Summer holiday....haha...


Um...I think that joke has been done before buddy. It's pretty lame to make the same unfunny comment in every single UFO thread.

The picture is clearly not swamp gas....
Why ruin an otherwise legit comment with that terrible one liner....

Before its news is not the site you want to use as a source, as they have a habit of telling tall tales of the unbelievable kind, with a side of ridiculous.

The picture is take from a video called the Orion Conspiracy and you can see it and many others from the film here :

Before its news is not the site you want to use as a source, as they have a habit of telling tall tales of the unbelievable kind, with a side of ridiculous.

Okay, thanks for the info on that......But even if it is a website for telling tall stories they still get added to ATS, no matter how ridiculous...haha......

Originally posted by PhoenixOD
One very similar was posted here on ATS in 2010 , 3 years ago

Well look as though it has been on ATS before, I just don't understand how it never came to light when I was searching before I added it......looks very similar doesn't it?....haha........

Originally posted by PhoenixOD
Aha i found it

The picture is take from a video called the Orion Conspiracy and you can see it any many other from the film here :

Hahah, yeah, you did find it PhoenixOD, I knew it wouldn't take long if it had been seen or added here on ATS before......cheers


Someone mentioned 'The Orion Conspiracy' thing in the Youtube comments, and it looks like that was just a few minutes after you posted this thread.

Doesn't really matter to me. I just said that↑ because I wanted an excuse to say this↓.

I look forward to your feedback, either serious or funny...

I wish that was posted at the bottom of every single OP!

Originally posted by davethebear
Anyway, I have added the youtube video

Remember that a youtube video of a "UFO" with added music = HOAX!


Looks like a car rim with the tire still attached to me. Maybe some kind of vehicle wrecked there years ago and was unable to get out before being covered in snow/ice.

posted on Jun, 7 2013 @ 06:33 PM
link
If I ever get a legitimate and clear picture of an actual UFO, I am totally going to put it on youtube with some dramatic music, just to screw with you all.