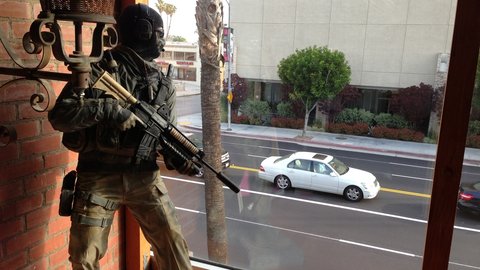 The 911 response ended in a tense showdown with a life-sized statue of Call of Duty: Modern Warfare 2's Simon "Ghost" Riley, which the police mistook for a gunman.

Earlier today reports circulated that the studio had been the victim of a "swatting" prank, in which a third party tricks law enforcement authorities or emergency services by providing details of a made-up threat, triggering an emergency response dispatch to the target of the prank. Swatting pranks are not limited to 911 calls; swatters can spoof a victim's phone number, obtain and use a victim's personal information or hack phone and computer systems.

Bowling clarified that it wasn't a prank, but the mischievousness of an unnamed designer that brought the LAPD to his door. 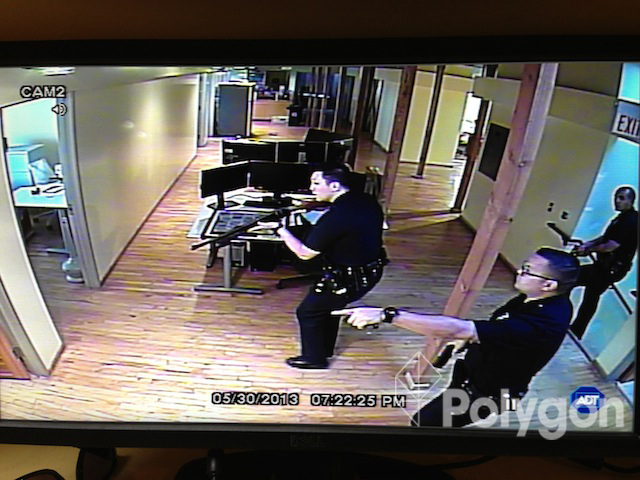 do we need a thread every time the police are called out,

I am just a bit fed up off all the police threads on ATS that are really non-issues.

"SWAT were called out to a swatting prank today....."

posted on Jun, 4 2013 @ 01:48 PM
link
That's kind of humorous. Kind of also says something about how jumpy some are but I guess I'm glad that they stopped in at Robotoki to make sure that all was well. Wonder if the designer got canned.

Lighten up. Where's your sense of humor??

4 cops, some with pump shotguns, advancing and taking prisoners may not be s SWAT standoff--but it's still a whole lot of police action
edit on 4-6-2013 by MuzzleBreak because: (no reason given)


That's the funniest thing I've seen in a long time!


While this incident is more funny than anything "swatting" is a pretty big issue IMO.

It's essentially terrorism made possible by an itchy police state that sits in perpetual Condition 0 that receives virtually no call to reform from any noteworthy body. Only excuses and justifications.

That, to me, is a big problem.


First I've heard of "swatting". I must be out of the loop on the newest fads. I know when I was in high school a buddy and myself would set raked leaves on fire and watch the fire department come by, we did this for three nights in a row on the same corner and are lucky that cameras-in-every-home weren't in use then. I guess that's as close as I'll get to "swatting". This story is very funny by the way, thanks for posting the thread..


I completely agree with you. Lately ATS has become more a newsfeed than a conspiracy site. Probably MOD should add some new rules regarding the content of the posts.


Like what? There are news forums, and this is basically one of them, so of course threads here will be more like news feeds.

they only shoot the unarmed.