White House finds it's petition for the blind blocks blind from signing it!

posted on Jun, 2 2013 @ 11:17 AM
link
Okay, I picked the forum here because it isn't really political. It's no slam on anyone and these things happen. They happen to every Government and level of authority. It's a combination of stupid staff mistakes, a lack of forward thinking and general issues with 'procedure' being followed despite common sense screaming 'Wait a sec...huh!?'

The National Federation of the Blind has launched a White House petition using the “We the People” tool but says that the people it is advocating for — the blind — can’t even sign it.

Politico reported NFB’s spokesperson, Chris Danielsen, saying the organization has been receiving emails from blind people saying they can’t sign the petition, which seeks to gain support for a treaty that would give more blind people around the world access to books specialized for them to read.

Yeah, this is where we go to the Web Designers and ask them if they ever actually read and understand the material they are creating a site to display ...or if it's all just generic content to them?

The problem is what many here know and hate as well. The Captcha system used on the form. For those who don't know what that is by name? I am sure you know it by sight. 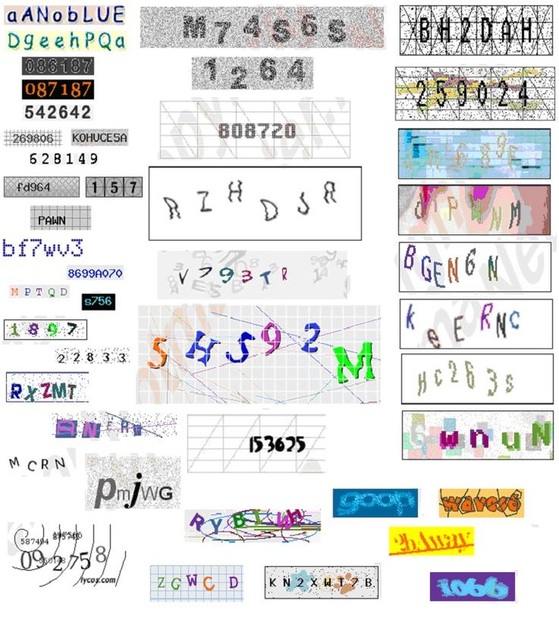 Now I've read where the system is expected and even, at times, designed to take the average person 2-3 attempts to get right. :shk: Oh...what a people friendly solution to web bots, eh? I've been known to delete sites I really was interested in ...after that 3rd attempt and fail.

Given that the letters must be viewed in order to type them in, there is an audio feature to help those who have trouble reading it or who can’t see at all. But Danielsen told Politico the audio is not understandable for those relying on it to accurately input the letters.

“The White House should implement a better audio CAPTCHA,” he wrote. “That or a different kind of CAPTCHA, such as one that requires the user to answer a simple mathematical or logic question like ’3+6=’ or ‘If today is Friday, what day was three days ago?’”

Oh.. wonderful. Let's not even touch what I've seen in college for math skills. It may sound funny, but even something like that isn't a real sure solution, IMO. I'm glad they at least realize a solution is needed though.

Personally, on sites I design? I prefer this approach.... 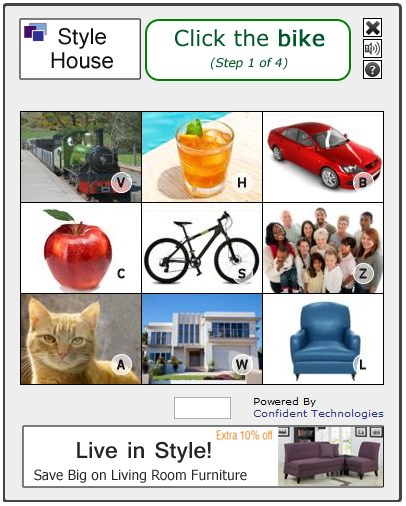 It makes it simple and few fail to get it on the first try...yet few computers are going to sort that one out correctly when custom images are sub'ed in to keep a changing display all the time.

Anyway, I thought it would be a bit of a different story to share and the irony of the screw up here is just priceless. As White House "Ooops" goes, it's not quite the level of Biden telling a wheelchair bound audience member to stand and be seen (everyone recall that? lol..) but it ranks up there close, I'd say. We may even be approaching the level of Potato-Gate, but perhaps not without more publicity.

Perhaps it's time to rethink that web design staff? I'm wondering if some new blood might be a decent thought. Perhaps even someone from the Blind community to consult on projects designed to serve them? Just my idea.